Crystal Palace are interested in a deal to bring highly-rated RC Lens midfielder Cheick Doucoure to Selhurst Park this summer.

The Eagles will be aiming to strengthen their midfield this summer, after Conor Gallagher’s return to his parent club Chelsea after a sensational season in South London.

Also, James McArthur will turn 35 in October and has struggled with injury last season, Cheikhou Kouyate is out of contract at the end of the season and club captain Luka Milivojević whose contract runs until the summer of 2023 is facing an uncertain future with rumoured interest from elsewhere.

At 22 years of age, Doucoure – a Malian international – would certainly fit Palace’s strategy of targeting younger players who can help improve the side, and considering how he’s performed in France over the past year, Patrick Vieira may well bag himself an absolute steal.

The Bamako-born midfield destroyer proved a kingpin for the Ligue 1 outfit last term, featuring in 37 appearances across all competitions this term with his side finishing in an impressive seventh place. Moreover, the Malian scored registered a goal and four assists from defensive midfield this term and already boasts eight senior caps for African giants Mali.

It is no surprise that Palace are linked with midfielders this summer as Vieira looks to bolster his squad with more fresh energy, impetus and quality as they aim to build on their impressive progress and development under Arsenal legend and Doucoure could be a stunning acquisition to the Eagles’ exciting young squad next term.

Conor Gallagher will indeed be a huge miss for the club after registering an impressive eight goals and three assists from 34 league games and the chances of him returning to the Palace fold look increasingly slim with it reported last month that Chelsea boss Thomas Tuchel is keen to have the midfielder around his plans next term. Therefore, Patrick Vieira’s midfield will need a major overhaul in the summer, and Doucoure looks the ideal candidate to come in and bolster their ranks.

Valued at £9m, the 22-year-old could well make the move to England for a bargain fee. Moreover, in a performance against Nice last month, journalist Andrés Onrubia Ramos claimed that the Malian was “destroying everyone.”

In Ligue 1 last campaign, the defensive midfielder averaged 67.8 touches a match whilst completing 48.7 passes at an accuracy of 87%, 1.1 key passes per game and creating 5 big chances for his teammates.

These numbers highlight that he is not only a sturdy presence when protecting his back-four but he is incredibly influential going forward also, potentially making him the complete midfielder providing he continues his solid development elsewhere, and again the Eagles represents the perfect opportunity for him to do just that.

Furthermore, the midfield destroyer doesn’t shy away from the dirty work, contributing two interceptions, 2.2 tackles and 0.7 clearances a game. Doucouré is impressively athletic and has excellent physical prowess.

He’s strong, agile, quick, and energetic. This impressive athleticism and physical prowess certainly give him a lot of advantage in his game both on and off the ball, making him a very interesting player to follow. Aside from his physical prowess, Doucouré is also proficient on the ball and shows good technical ability when receiving, dribbling, and passing the ball.

While the above metrics highlight just how effective he is off-the-ball, as stated previously, he proved a consummate and notable presence on it for RC Lens last season. He ranks in the top 7% of midfielders for progressive passes (6.26) and in the top 7% for progressive carries (6.87) suggesting he is perfectly capable of progressing the ball and offering line-breaking passes to his more forward-thinking teammates.

Amongst Ligue 1 players, he has tremendously excelled, ranking in the top 10 of players for most midfield metrics. For passes into the final third, he ranked seventh in the league (187), 5th for progressive passes (205), sixth for through balls (10), seventh for progressive carries (225) and third for tackles won (67) meaning he is indeed one of the best of his position in the French top-flight.

The stats tell its own story, this is an incredibly gifted young performer.

The 22-year-old expresses great intelligence and quick thinking on the ball as well as impressive awareness and vision. His concentration and defensive awareness to proactively disrupt the opposition and retain possession in a simple but highly effective manner make him an incredibly underrated talent emerging from France, and player Palace fans will be very pleased to see join their ranks for next season.

Vieira has already made his desire to bring down the average age of his squad, having signed 19-year-old Michael Olise, 21-year-old Marc Guehi, 21-year-old Gallagher and 23-year-old Odsonne Edouard last summer. Therefore, signing Doucoure would make perfect sense in an area that must desperately be addressed over the coming weeks. 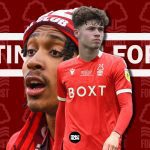 Is Neco Williams a suitable Djed Spence replacement?
Next Article 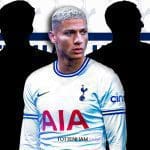