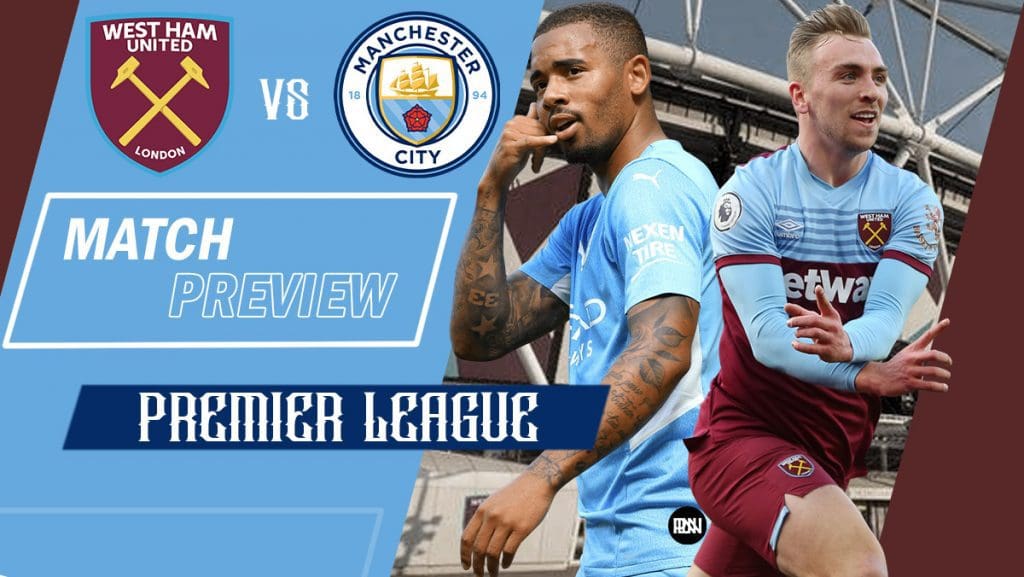 “Ohhh Kevin De Bruyneeee!” The chant echoed around Molineux Stadium last week as Manchester City humiliated Wolves in their own cave as Man City’s main shark Kevin De Bruyne scored a first-half hattrick. City beat Wolverhampton in a comfortable 5-1 scoreline. The next task on their route to Premier Glory is a team that has upset them once earlier this season, West Ham United.

David Moyes’ team has significantly improved under the Scottish manager. Hammers currently sit 7th in the table in a Conference League spot but, are aiming for the Europa League finish. A win for them could take them to their desired place. West Ham have been able to win just 1 out of their last 5 Premier League outings and this form is a concern for David Moyes. While the victory against Norwich came in the last game, overall West Ham look like they have been struggling with defensive duties.

On the other hand, their opponents Manchester City are in a rich vein of form winning in goal rich fashion since a few weeks.

Pep Guardiola expressed himself to be in trouble. Well, he isn’t lying as he doesn’t have any senior center-back fully fit ahead of this game. Ruben Dias and John Stones will remain absent for remnants of the season along with their crucial full-back Kyle Walker.

Captain Fernandinho who was used as a center-back picked a knock against Wolves along with his partner in defence Aymeric Laporte. Nathan Ake seems to be fine to start as he had respectable 40 minutes on the pitch. The rest of them, everyone else seems fit to start against West Ham. Bernardo Silva’s excellent work rate and Kevin De Bruyne’s hattrick suggest they will start. The use of Gundogan and Rodri will be a key factor in the lineup City will choose to go with.

Angelo Ogbonna is ruled out and West Ham’s powerful forward Michail Antonio will miss this outing against Man City due to his hip injury. Craig Dawson and Said Benrahma all face late fitness tests for the Hammers.

Likes of Lanzini, Fornals and Bowen are expected to keep their place but, Yarmolenko may get a nod to start if Antonio fails to turn up-fit. While Soucek could make his way in to provide an aerial threat against Manchester City.

Hammers will likely line up in their preferred 4-2-3-1 formation with their skipper Rice and Soucek forming a double pivot. Rice this season has shown immense improvements in terms of progressing the ball while maintaining his quality in defence. Turning out to be a complete midfielder, Soucek will try to go forward and turn up on set pieces to break the deadlock and provide an aerial threat.

Lanzini will be expected to take his place on the left flank back unlike the last outing when he operated as a 6 against Norwich. Hammers will also look to get as much ball as possible into their feet as they know how to beat Man City in their own game and they have done this before.
To play this plan to the fullest, Lanzini, Bowen and Fornals should be on top of their game. Bowen and Fornals are good keepers of the ball and their abilities will be tested against the constant press of Manchester City midfielders.

Yarmolenko and Lanzini will have to make sure that they convert the chances as City are a team that punishes you when you don’t take your chances. There won’t be much overlapping from Coufal and Cresswell but, this duo could come in handy in counter-attacking situations.

Manchester City will lineup in their preferred 4-3-3 and Kevin De Bruyne will again be expected to be on top of this game. Enjoying the free-roaming 10 role last game, it looks very unlikely that Guardiola will change these tactics for West Ham.

The defensive lineup seems to be doubtful hence, there is a wide speculation that Rodri will spend 90 minutes as a central defender. If this happens, we could see City get desperate to win the ball back due to their weakness in the next game being defending at the last man. Gundogan will probably do the job of breaking down the passing lanes and Bernardo will carry on his usual job of accelerating the attacking transition. Due to Sterling’s rather disappointing performance on the ball, we may see Mahrez claiming the right-wing spot back.

A rumoured target for several top clubs, including his opponents; Declan Rice will be expected to be on top of his game. Most probably getting the responsibility to mark De Bruyne, his job doesn’t limit just to that. Rice will be expected to shield his defenders equally while progressing the ball further on the pitch in the hope to get his team’s foot on the accelerator. He has been very impressive in PL this season. Even in the cup game against City, he blocked several shots and made crucial interceptions to keep his team in the game. David Moyes will expect nothing less from his skipper. His link-up with Bowen and Soucek will be a crucial factor to determine the performance of West Ham’s attack. Coming against Bernardo Silva, Kevin De Bruyne and Phil Foden; Rice will have to keep his feet together and not rush into tackles against these players.

If he wants to guide his team to a 6th spot, this is his chance to shine.

There’s a high chance that Manchester City will likely suffer in front of their own goal. So there’s one way to nullify this problem. Use KDB as a center-back.

Well no… just kidding there, City’s approach next game will be to control the possession and outscore the opponent. While he is in electric form, this is a possible approach for the game. City are one step away from the title and they certainly don’t wish to upset their fans once more. Kevin De Bruyne is looking in a serious business to win the PL for 4th time in the last 5 years. Expectedly operating in the free roam no. 10 role, de Bruyne will try to drag his markers in between the lines. His ability to create should be appreciated by fellow forwards to win this game.

While attacking is one part of the game, he will have to be aware defensively. As Manchester City are going to be without their usual center-back pairs and hence, there is going to be a lot of backtracking and he will need to be there every time his team needs.

READ MORE: Why Frenkie de Jong is a dream signing for Manchester City 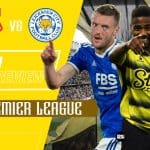 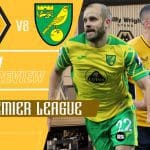