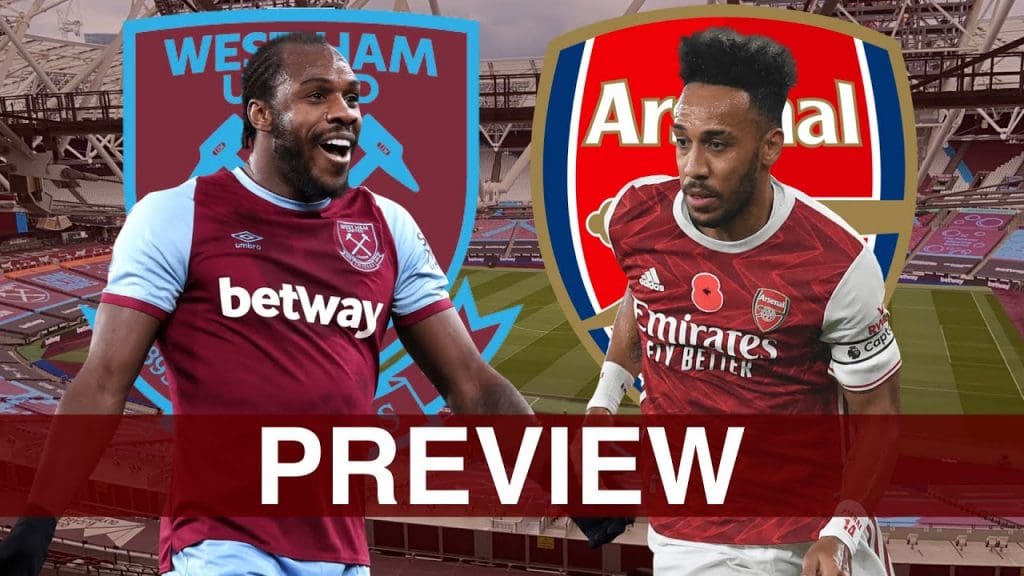 An oddly interesting tie is about to take place on Sunday afternoon as Arsenal face West Ham at the London stadium, with the Gunners looking to gain some ground in the Top 8 race. However, West Ham United will go into this game with more to lose as they are fighting for a Top 4 position and a win over the Gunners will put them level on points with Chelsea, who currently occupy the 4th spot.

After the first couple of games of the season, most people would have expected Arsenal to have been in contention for something West Ham are now and it tells you how poor Arsenal have been throughout the season, not taking anything from West Ham, who have been sublime this term.

CAN ARTETA CONTINUE THE MOMENTUM FROM THE WIN IN THE NORTH LONDON DERBY?

Although Arsenal must be jubilant about their win against Spurs last weekend and their qualification into the last 8 of the Europa League, it does not paint a similar picture. Arsenal for the last 15-20 mins against Tottenham were playing against 10 men and looked the worse side, while in their Europa league 2nd tie against Olympiacos, the Gunners lost the game 0-1 at home but, still went through to the last 8 due to their 3-1 win in the first leg against the Greek side. This talks about the current atmosphere at the club and Mikel Arteta will be hoping his players can bounce back and secure a resounding win against the Hammers on Sunday.

The biggest talking point last weekend was when Pierre-Emerick Aubameyang was benched against Tottenham, and while the Gunners got the win, the Gabonese striker would have wanted to be on the pitch for the big game.

The striker did go on to start against Olympiacos but just couldn’t find the back of the net. The 31 year old is going through a rough patch which was crystal clear as he chipped the ball wide while he was on through on goal in a 1v1 situation with Jose Sa, the Olympiacos goalkeeper. He also went on to miss a sitter from 4 yards out in the dying ends of the game, something the Gabonese might have put in the back of the net 2 or 3 months ago. It would now be a shock if Aubameyang does start against West Ham on Sunday, as Alexandre Lacazette has led the line well in recent weeks.

Apart from the issue in the forward line, Martin Odegaard and Bukayo Saka are likely to start against West Ham with either Emile Smith Rowe or Willian forming the trio behind the striker. Thomas Partey will start alongside Granit Xhaka, while the backline of Luiz-Gabriel-Tierney-Bellerín has been rock solid and will most likely be fielded on Sunday again.

Arteta needs a convincing win from his men desperately and defeating 5th placed West Ham would be a positive step in that direction.

CAN MOYES AND WEST HAM HANDLE THE PRESSURE AS THEY ENTER THEIR LAST 10 GAMES ?

West Ham United have performed above and beyond expectations this season and David Moyes has been the key man behind all of it as the Hammers already have 4 more wins than they did in the entirety of last season. However, the more astonishing fact would be how close West Ham are to sealing a Champions league spot for next season. Currently 5th with a game in hand, West Ham are only 3 points away from 4th placed Chelsea but the road to securing a Top 4 finish will be a hard one for the Hammers as they face Arsenal, Leicester City and Chelsea in their next 5 games and a victory against Arsenal on Sunday will put considerable pressure on Chelsea.

West Ham are coming into this game on the back of a loss against Manchester United and it was more about the manner in which the Hammers lost rather than the 1-0 score-line. West Ham had zero shots on target while they also only managed 2 corners as compared to the Red Devils’ 6 on the night and it displayed how poor West Ham were going forward. The attack looked so dry that Moyes had to put on Manuel Lanzini and Said Benrahma by removing Mark Noble and Ben Johnson just past the hour mark. While they did look lively, even they could not conjure a shot on target and West Ham’s loss meant that they could not overtake Chelsea, who faltered themselves last Saturday as they drew with Leeds United.

While there might be not several changes in the game against Arsenal on Sunday, Moyes will surely revert to a 4-2-3-1 formation as Jesse Lingard will return to the starting lineup after being ineligible to play against his parent club, Manchester United last weekend.

Arsenal have been awful defending against galloping strikers this season and Michail Antonio will surely take a run at the aging David Luiz, as Moyes will be keen on a victory against the Gunners, after they lost to them in their 2nd game of the season.