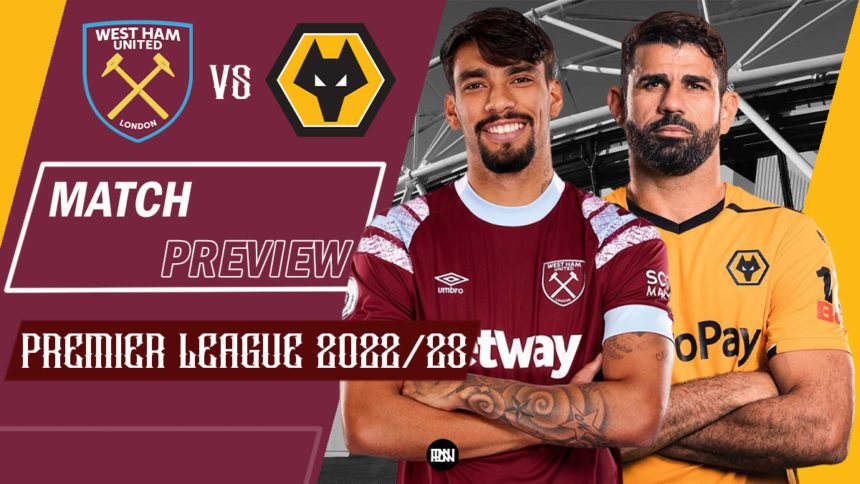 West Ham United host an inconsistent Wolverhampton Wanderers this Saturday as the Premier League returns to action following an eventful international break. Currently occupying the 16th and 17th spots in the league table respectively, both clubs will be keen on nothing but three points this weekend, having struggled to gain positive results during the opening games of the league campaign.

Having registered only a solitary victory and a draw alongside five losses hitherto, West Ham will be keen on improving their results in a bid to move out of the bottom half of the table over the coming weeks. Amongst the sides struggling for consistency despite a promising summer transfer window, manager David Moyes will be looking to employ a refreshing approach this weekend, with the team desperate to gain momentum and confidence ahead of a demanding fixture schedule.

On the other hand, having struggled for results – registering only a single victory alongside three losses and the same number of draws – Wolves will be looking to significantly improve their results having delivered promising performances in recent weeks. With the team having struggled to find the back of the net hitherto, Bruno Lage’s side will be keen on securing a positive result this Saturday.

New signing Nayef Aguerd has returned to training as he continues to recover from an ankle injury, although the centre-back remains unlikely to be involved this Saturday. Ben Johnson remains the only other absentee, at the time of writing, with the right-back currently nursing a thigh injury sustained during the team’s only win of the season against Aston Villa in August.

Moyes is expected to retain a majority of his key players within the starting line-up against Wolves, although the Scotsman is likely to make changes in personnel across a handful of positions on Saturday. The manager is likely to provide additional updates vis-à-vis team news during the scheduled press conference on Friday.

Centre-back Nathan Collins remains suspended for the game against West Ham after picking up a red card during Wolves’ 0-3 loss against Manchester City in their previous outing. Meanwhile, new signing Diego Costa could potentially make his club debut this Saturday. Amongst the absentees, Chiquinho and Sasa Kalajdzic remain out of contention for the weekend.

With the team in need of positive results over the upcoming period of fixtures, the manager will be looking to avoid a sub-par display on Saturday. Expected to produce a robust performance, Wolves will be keen on gaining momentum moving forward.

With both teams in desperate need of three points this weekend, Saturday’s fixture is likely to produce a challenging match-up at the London Stadium. Having struggled to replicate their promising form at the beginning of the campaign in recent seasons, West Ham will be keen on moving up the table over the coming weeks while the visitors, too, will be looking to contrive a similar path moving forward.

Having struggled to find the back of the net whilst being inconsistent in defence, Moyes is expected to make changes to the team’s defensive set-up this Saturday. Owing to Wolves’ threat across the frontline alongside boasting a competent midfield, West Ham will be looking to nullify the visitors’ ball progression alongside attempting to neutralize their efficiency in controlling possession this Saturday. With the host themselves having fallen short in the goal-scoring department, the Irons will be keen on capitalising on an inconsistent Wolves defence whilst making the best of their set-piece opportunities at the weekend.

Meanwhile, having drawn two of their last three games ahead of the weekend’s fixture, Wolves remain desperate to gain momentum moving forward. Boasting a quality midfield alongside willing runners across the frontline, the visitors are expected to rely on their pace and intricacy in a bid to break down West Ham’s physically astute defence this Saturday. With a world-class finisher in Diego Costa, Wolves are likely to rely on his intimidating presence in the final third; aiming to improve their goal-scoring prospects over the coming weeks. Owing to West Ham’s dynamic and creative attacking personnel, the visitors will be wary of their opponent’s strength, with the likelihood of utilising the width of the pitch in a bid to counter the home side’s strengths this weekend.

Amongst the most exciting arrivals in the Premier League this season, Scamacca will be keen on delivering to his potential over the coming weeks. Although yet to find the back of the net in the league, the Italian’s promising goal-scoring form in the Europa League is likely to see him granted a start over Michail Antonio at the weekend. Boasting sublime technical skill alongside the ability to link up with his teammates across the attacking third, Scamacca’s dynamism is likely to play a pivotal role in West Ham’s goal-scoring prospects on Saturday.

Wolves’ highest goal-scorer (2) in the league hitherto, Podence emerges amongst the forwards expected to test West Ham’s defence on Saturday. Boasting enviable control in possession alongside a quick turn of pace and ability to serve as a creative outlet moving into the final third, the Portuguese midfielder is expected to provide the trickery and intelligence required to break down West Ham’s defensive set-up this weekend. Moreover, with Costa expected to lead the line for the visitors, Podence is likely to be utilised in a favourable creative role on Saturday. 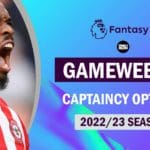 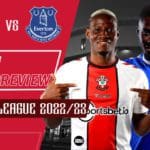