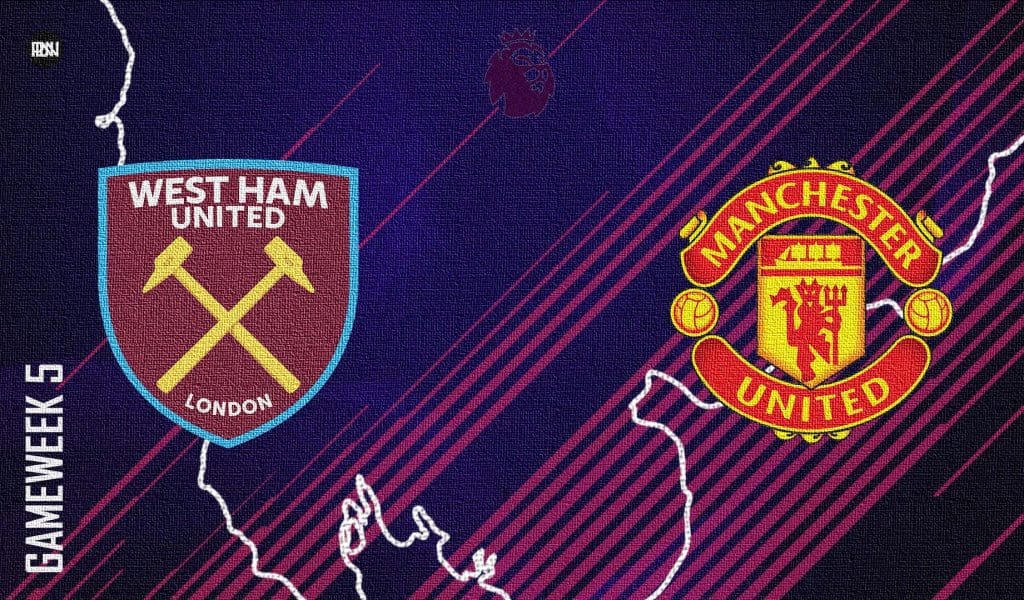 Two clubs after having a contrasting European mid-week will be facing each other on which could be one of the highlights of the weekend. Manchester United, although sitting at the top of the table, the midweek loss to Young Boys has opened the door to a number of questions. A visit to London Stadium is the best place to answer all the critics. West Ham on other hand have emerged as a great unit force under Moyes and their victory against Dinamo Zagreb is the perfect example of what Moyes has helped to create.

Cristiano Ronaldo has stepped up well in each game for the Manchester Reds, but despite his goals, Manchester United have to answer a number of other questions. This game could be a big challenge for some individual players who are yet to shine and prove why on paper this team looks to compete for titles. Shouts of “Ole out” have started to re-emerge and will just get stronger if the Reds will have a performance similar to the second half in Switzerland.

Sitting just 2 points off the top, West Ham United look to better the 6th place finish last season. This will be too early to think about the final place in the league, but these are the games that the Hammers will have to capitalize on to have a season to cherish. After playing their first European game after long, it will be interesting to watch if the players and the manager will be ready for back-to-back games in a span of a very short time.

Antonio is the one man who could have impacted the result of the game to a great extent but will miss the game for West Ham after receiving a red card in the last game in the league. His absence up top will be highly missed by the Hammers as the heroics of Antonio have been praised by everyone this season. Apart from him, West Ham Reid remains the only absentee due to injury for Moyes’ side.

Much similar to their opponents, Manchester United do not have any fresh injury and will miss out with long term absentees in form of Rashford, Cavani and Amad Diallo. McTominay is back in training after his surgery and could play a role in the game.

Manchester United have brought in a number of star players in the window but Ole has not just brought the best out of them yet. Although, sitting on top of the table, but does United have settled the squad? The answer is not at all near to affirmation, as the midfield saga remains same for the Red Devils since the last season. The duo pivot still does not look near the settlement and the questions keep rising each game. Also, Pogba’s position is a big question as the Frenchman looks a certain starter in the team but where on the field is something even Ole has not being convinced yet. The last big answer for Reds has to be found on the right side of the pitch. Sancho hasn’t hit the grounds running yet in England and also Wan-Bissaka after his red card has a point to prove.

All these answers for Ole and his management will be crucial at the London Stadium, where a solid and balanced Hammers’ side wait. Calling this a battle of midfield will be an injustice as West Ham’s best will be compared to Man United’s weakness. So, the London side have to capitalize on this advantage and look to work on the extremes of the pitch. Stopping Ronaldo will be very difficult but a shift to back 3 could be the solution for the Hammers.

The West Ham captain is just constantly working to increase his market value as the big European giants are in awe of the English midfielder. His goal in the midweek is just a cherry on the cake to the abilities he possesses. In the context of the game, his role becomes superior even before the start of the game where he can have the time to control the game from the middle of the park. This season he is just second to Paul Pogba in the most number of balls played in the last third and this just justifies the role how he leads the team. In the European game this week, he managed to recover 5 balls in addition the 4 duels he won, and the great solo run goal by him makes him the greatest threat to United.

While Cristiano Ronaldo remains the player to watch out for, there is something more interesting going on at the right side of the pitch. Aaron Wan-Bissaka, once debated as one of the best right-backs in the league, is now turning as the second most controversial players on the pitch for United. His red card in the Champions League was one of the biggest reasons, if not the biggest, for Manchester United’s loss. Not just the suspension, but his overall performance in the game was questionable. He managed just a single cross during his time on the pitch, and this looks very demeaning considering they have Ronaldo up front on the end of the potential crosses. Fans have been divided on his presence on the field, with Dalot looking promising with more minutes he receives on the pitch. But, to shut his haters, his performances have to speak on the pitch.