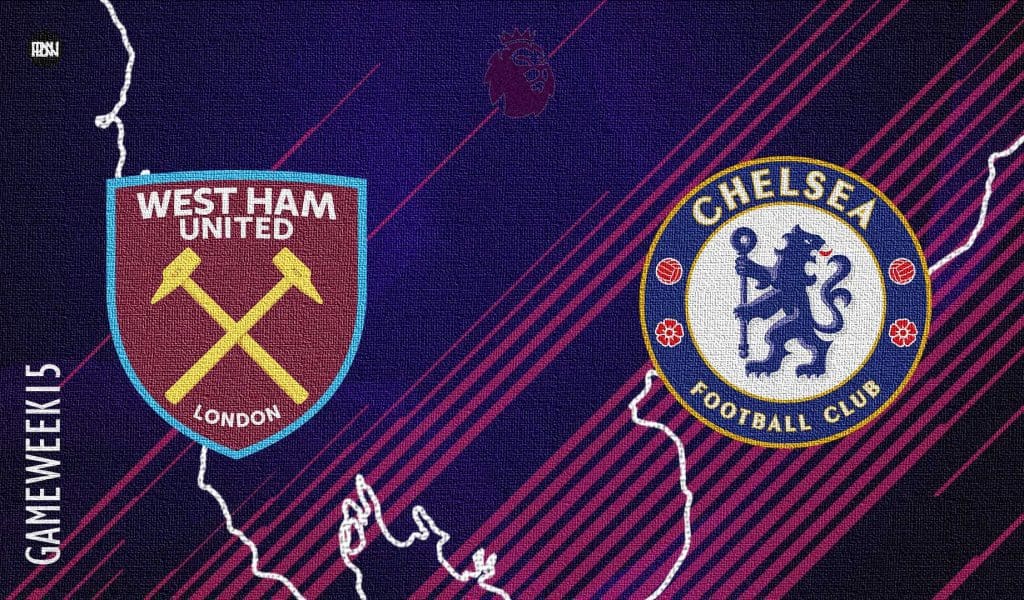 The upcoming round of fixtures in the 2021/22 Premier League season begins with a London derby, where West Ham United welcomes Chelsea to the London Stadium. East meets West as Saturday’s early kick-off will feature the city rivals fighting it out against each other, as Thomas Tuchel’s league leaders look to lay a marker down for their rivals and go further clear at the top of the table.

Chelsea are currently top of the league with 33 points to their name, only a point clear of Manchester City in second place. They put in a shift to maintain their status in their last league meeting against Watford, as Tuchel’s men were not at their best but they fought it out against a resilient home team to get all three points. It is now David Moyes’ West Ham side who stands in between Chelsea and a four-point lead early on at the weekend with their rivals yet to play.

West Ham’s incredible start to the season has gone through a recent slump in form, as two successive defeats were followed by their lacklustre draw against Brighton & Hove Albion at the weekend. However, owing to results elsewhere, the East London outfit ended the weekend in fourth place with 24 points and will be hoping to strengthen their position with an inspired performance against the leaders. A win over Chelsea will set things up nicely for the approaching fixtures against Burnley and Arsenal, but a loss will definitely worsen the current situation.

History in this fixture favours the visitors, but the hosts have had some luck in recent years. Even though Chelsea won both their fixtures against West Ham last season, the Hammers dug out an impressive 3-2 home win over this weekend’s opponents in the 2019/20 season. A late Andriy Yarmalenko winner sealed all three points for Moyes’ men on the night, and the London Stadium will hope for the home team to pull off something similar to cause an upset to start the weekend.

West Ham will once again be without the services of Angelo Ogbonna who continues to miss out with a knee problem, but Aaron Cresswell might be back in time to feature. Cresswell’s return will likely relegate Vladimir Coufal back to the bench, but David Moyes is unlikely to make any more changes to the team that started against Brighton on Wednesday.

As for the visitors, they will be buoyed by a number of their regulars being available once again. Reece James, Jorginho, and Timo Werner are all back after missing out with minor knocks mid-week, but Trevoh Chalobah finds himself sidelined after picking up a knock against Watford. Mateo Kovacic, N’Golo Kanté, and Ben Chilwell will also miss out, and it would not be an exaggeration to say that a number of changes from the team that started mid-week is expected.

The first game in this round of fixtures pits a possession-based Chelsea team against a team who are deadly on the counter in West Ham. While the Blues are expected to have the lion’s share of possession in build-up throughout the contest, West Ham will be looking to make the most out of the leaders’ slip-ups to punish them on the break. But the Blues’ excellent defensive record means that breaking them down even on the counter will not be an easy task, as Chelsea have conceded only once from open play away from home this season. However, a few good results for West Ham in this fixture in recent years will certainly motivate them to try to replicate it, and start the weekend with an upset at the London Stadium. The Hammers will do everything to try and stop the Blues from getting a chokehold on the contest, and score against the run of play to put Tuchel’s men on the backfoot – and desperate to get a positive result with their rivals yet to play.

West Ham’s main man Michail Antonio continues to be the Hammers’ key. A strong and agile goal scorer to lead the line, the Jamaican is the Hammers’ top goalscorer in Premier League history, and also for this season with his tally of six goals. Despite having a great start to the season, Antonio has been going through a bit of a slump in form having not scored in the league since the October fixture against Tottenham Hotspur. However, Antonio did find the back of the net against Brighton mid-week only for it to be ruled out, and he will be motivated to get back in goalscoring touch against the leaders – Antonio’s pace to get behind the Chelsea rearguard is going to be key to help West Ham get something from the game.

Chelsea’s key man for this fixture is the returning Jorginho, who missed the mid-week fixture with a minor injury. The Italian’s absence was felt by the Blues who failed to have any control in midfield whatsoever, something that is not really prevalent when the Brazilian-born midfielder is in the starting line-up. Fresh off ranking third in the Balón d’Or rankings for this year, Jorginho will hope to impose some sort of control in the midfield and help Chelsea keep possession against a team who are as deadly on the counter as the Hammers are. In order to stop West Ham from winning second balls and picking up the pieces, the Chelsea vice-captain will be vital for the Blues if they want to extend their lead at the top of the Premier League standings.