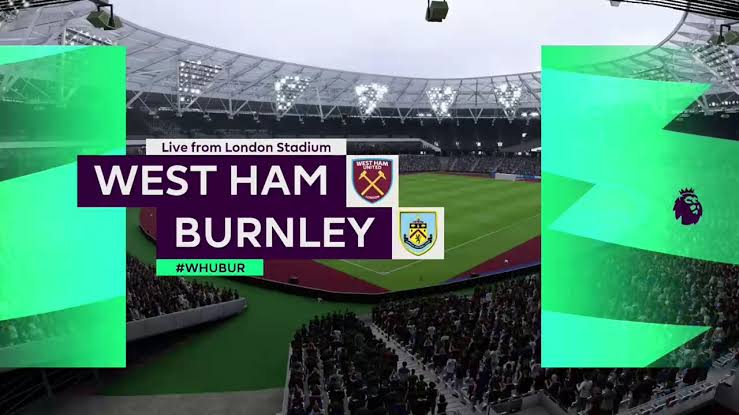 An in-form Burnley will head to the London Stadium on Wednesday to take on the Hammers, as the Clarets looking to extend their three game unbeaten streak.

West Ham picked up a point away at St. James Park and climbed to 16th in the table, while the rest of the bottom four dropped points at the weekend.

The Hammers are now four points clear of the relegation zone, but will aim to further distance themselves from the bottom by picking up a win at the London Stadium on Wednesday.

Burnley have five matches left to try and bring European football to Turf Moor as the club target a finish in the top half of the table.

West Ham have now picked up four points from their last two games against Chelsea and Newcastle, and David Moyes will be very pleased with the way his side have performed in recent games.

The Hammers ended a three-game losing streak to set up a 3-2 upset over Chelsea, and held Newcastle to a 2-2 draw on Sunday.
West Ham will go into the game against Burnley feeling motivated and confident as both teams face off on Wednesday.

Burnley conceded a 80th minute equaliser against Sheffield United on the weekend and were left disappointed by the outcome of the match. Arsenal and Tottenham both notched up victories in the last gameweek, meaning the Clarets cannot afford to drop any more points if they aim for a finish in sixth place.

We could see club captain Mark Noble start for the Hammers, he featured as a substitute at St. James Park after recovering from a hamstring injury. Yarmolenko could be preferred to Argentinian midfielder Manuel Lanzini as Moyes will be looking to shuffle up the starting eleven.

Burnley striker Chris Wood featured as a substitute against Sheffield and is expected to be back in the starting lineup.

Ashley Barnes, Ben Mee and Jack Cork are out with injuries and are sidelined for the rest of the season. Johan Berg Gundmundsson has now recovered from his injury and will be expected to start after a substitute appearance on Sunday.