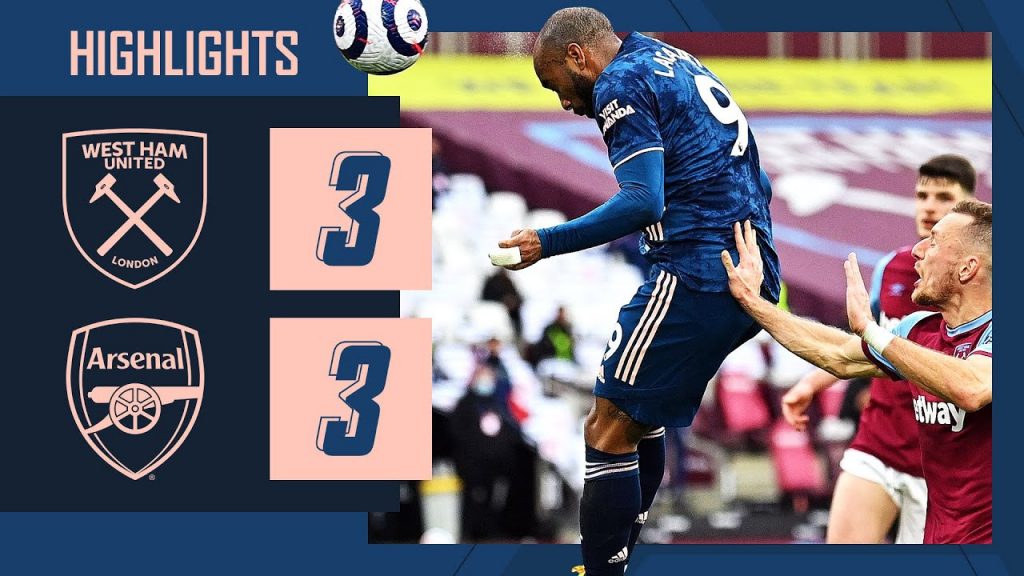 If there was ever a game of two halves then this was it. Arsenal managed to look like the West Ham United of the last year for the first 30 minutes and turned into Arsène Wenger’s prime Gunners for the rest 60 minutes of the match. It was a dreadful start from the Gunners as they conceded some of the most typical Arsenal goals ever, a Jesse Lingard blinder, a quick free-kick where their lack of concentration was exploited and a goal through a header.

It seemed all dead for the Gunners until Alexandre Lacazette scored one for the late in the first half (replays later showed that it was a Soucek own goal). This did give them some hope going into the second half and Mikel Arteta made sure they had the fire in their bellies when they went out for the second half of the match. The Gunners dominated the proceedings right from the beginning, however, they weren’t able to convert their domination into goals, which they needed the most being 3-1 down.

That changed with a West Ham United’s own goal caused by Calum Chambers’ brilliant cross, which was a common theme throughout the match. The Gunners looked motivated to get the third goal, however, it wasn’t coming until Mikel Arteta introduced some aggressive changes late in the half. He brought on Nicolas Pepe and Emile Smith-Rowe in place of Granit Xhaka and Bukayo Saka. And it was the Ivorian who had an instant impact on the game as he delivered an inch-perfect cross for Alexandre Lacazette to get at the end of and thump in a header, which proved to be Arsenal’s much-awaited equaliser.

With a match stalled at 3-3, both teams were looking for the winning goal which never came through and the match ended with a tie, which was probably a fair result.