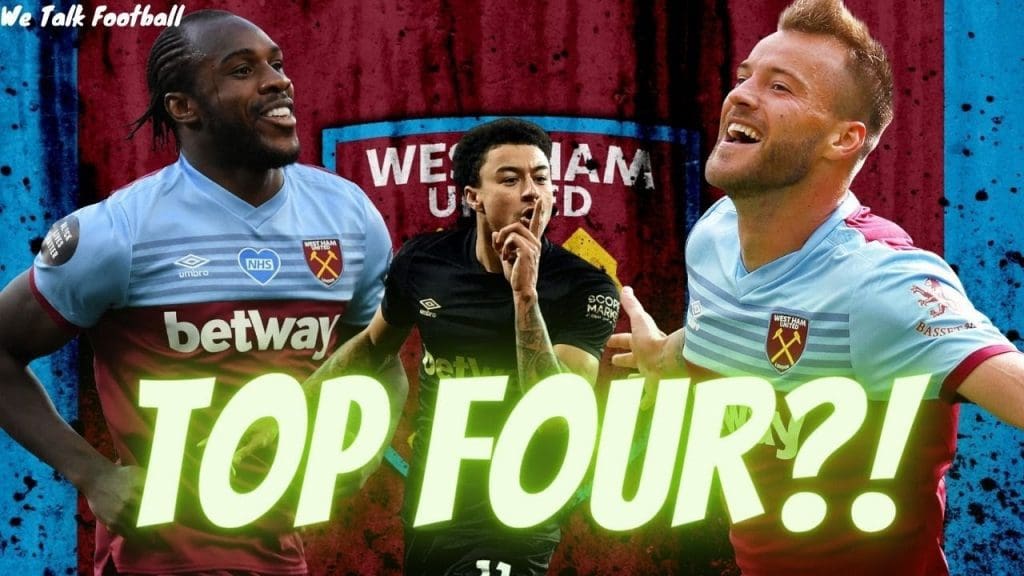 David Moyes and co. are not done yet with the Top 4 race this season, as West Ham United moved up to within 3 points of 4th placed Chelsea after victory over Burnley on Monday night.

It looked highly unlikely and people expected them to falter at some point but West Ham have defied the odds this season and have remained consistent in their approach to secure a Top 4 spot this season, and they reiterated it on Monday night after a statement win against a stubborn Burnley side.

Moyes has turned it around big time for the Hammers this season but now with 4 games to go, West Ham must stay resilient in defence and ferocious in attack if they want to stake a place in the Champions League next season.

WHY WEST HAM COULD BE FAVOURITES FOR THE TOP 4:

Logically speaking, Manchester City and Manchester United have been the only two top clubs this season, while the others have suffered due to inconsistencies or injuries to key players. The likes of Chelsea, Liverpool, and Tottenham Hotspur have looked average at best this season and West Ham have capitalized on this situation.

Players like Tomas Soucek, Michail Antonio, and Jesse Lingard have guided the Hammers throughout the season with crucial goals in crucial moments, but a stutter in April has caused West Ham to be 3 points off Chelsea, who currently occupy the last Champions League spot. While Leicester City have also not qualified as of yet, a couple of victories could see them become the third team to play in the Champions League next season, but they too, have tough fixtures in the coming weeks.

Chelsea, on the other hand, are actively competing in the Champions League while the Blues are set to face Manchester City, Arsenal, Leicester City, and Aston Villa in their last 4 games, including an FA Cup final against Leicester in mid-May. This will take a huge toll even on a squad that is as deep as Chelsea’s and they are bound to falter if not capitulate.

In such a scenario, West Ham United have seen a window of opportunity and they plan on grabbing it with both hands, as they did so against Burnley on Monday night. Michail Antonio, who recently returned from a long-term injury, was the main man on the day as the forward scored the 2 goals on the day, including the winner in the 29th minute itself. However, West Ham did make hard work of the game as they allowed Burnley to attack in the second half rather than putting the game to bed.

West Ham have faltered against the likes of Newcastle and Fulham this season, as they found it hard to open up teams that sit back and absorb the pressure. The Hammers, albeit, excellent in set-pieces have failed creatively this season, with most goals coming from corners and counter-attacks. This, in turn, is exactly what could hamper West Ham’s top 4 chances. West Ham are yet to face the likes of Brighton and West Brom, who like Newcastle, sit back and absorb the pressure and hit on the break. Falter here and Chelsea will gobble up the 4th spot.

However, in terms of competitiveness, West Ham faces a crucial encounter against Everton next weekend, who have been brilliant in their away games, racking up 33 points out of 16 games, which is the 4th best tally in the league this season behind the current Top 3 in the table. In terms of the defence, West Ham have not fared well this season. They have conceded 44 goals this term – the most by any club in the top half of the table.

Craig Dawson and Issa Diop have maintained a formidable partnership at the heart of the defence this season, but have looked uneasy in recent weeks. Nerves could affect the best of players, but with Dawson’s experience in the game, Moyes trusts the ex-Spurs player to shore up his defensive act and lead West Ham from the back.

Thus, if David Moyes’ side are to win the next 4 games, they have to be defensively sound while also looking dangerous when going forward. It is a hard balance to strike, but West Ham understand what is at stake, and given their run-in, they sure look favourites to finish in the Top 4 this season.

Where to from here for Tammy Abraham?
Guido Rodriguez: The Real Betis midfielder who could be ‘nearing’ a move to Arsenal
To Top