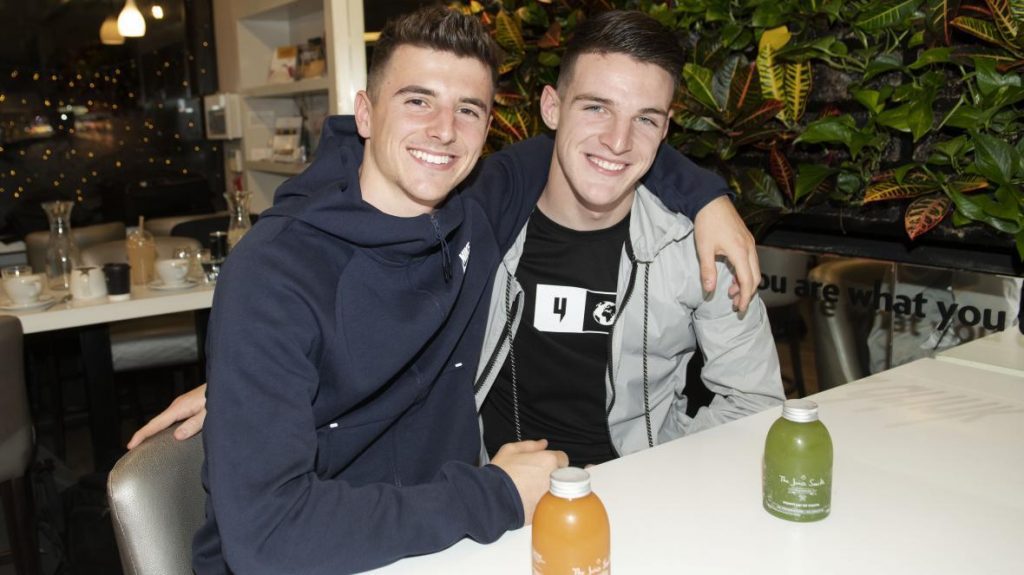 Declan Rice joined the Chelsea academy in 2006 as a seven-years old scholar. Climbing the youth ladder until he was released in 2014 at the age of 14-yrs-old.

Obviously during his 8 year spell at Chelsea academy, he became a close friend to some of the academy players, but his friendship with Mason Mount was more deeper than the others. 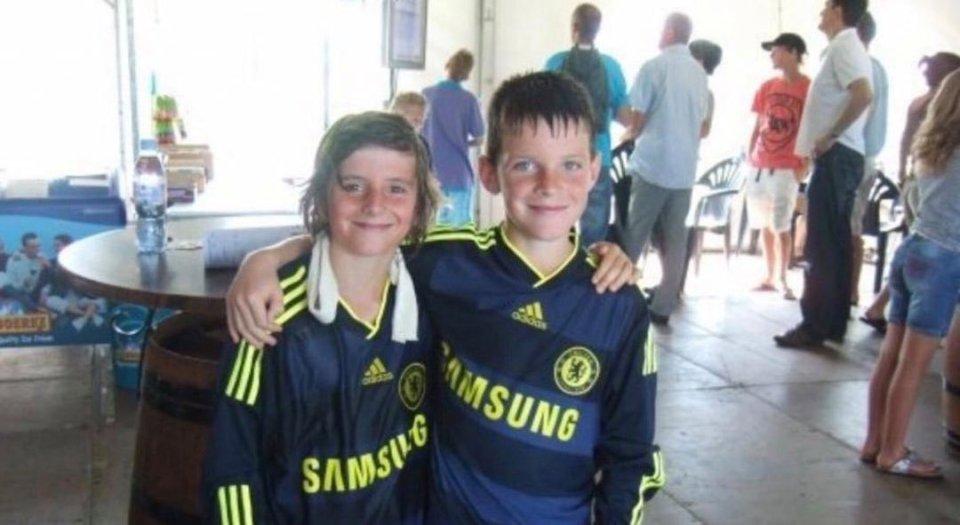 On 16 December 2015, just over a year after joining West Ham United at youth level, Rice signed his first professional contract with the club.

Rice received his first call-up to the West Ham senior squad for the games against Sunderland and Everton in April 2017, after impressing in the under-23 team.

He made his senior debut against Burnley on the last day of the 2016–17 Premier League season, coming on as a 91st-minute substitute for Edimilson Fernandes in a 2–1 away win. 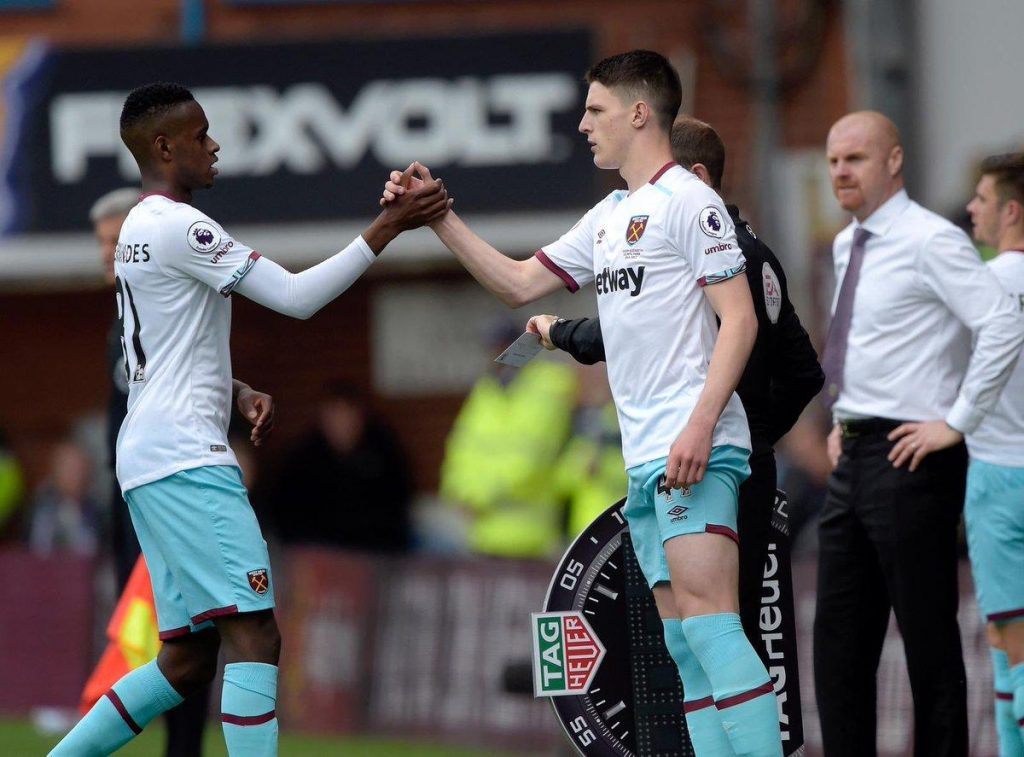 During 2017/2018 preseason friendly matches, Declan Rice played impressively, commanding the midfield with so much maturity and tenacity, which got the attention of the coach and deservedly earned his full senior debut on 19 August 2017 in a 3–2 defeat at Southampton. 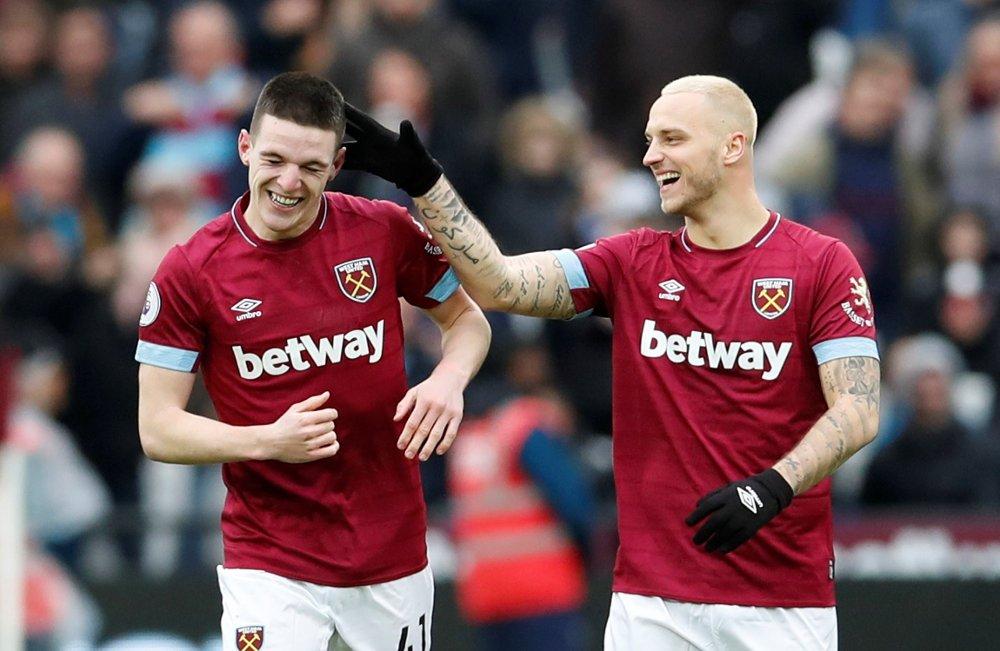 On 22 December, Declan made his 50th appearance for West Ham, the first player to do so while still a teenager since Michael Carrick. A week later, he signed a new contract until 2024 with the option of an additional year.

On 20 April 2019, Rice was named on the shortlist for PFA Young Player of The Year award, which was eventually won by Declan Rice’s England teammate Raheem Sterling. 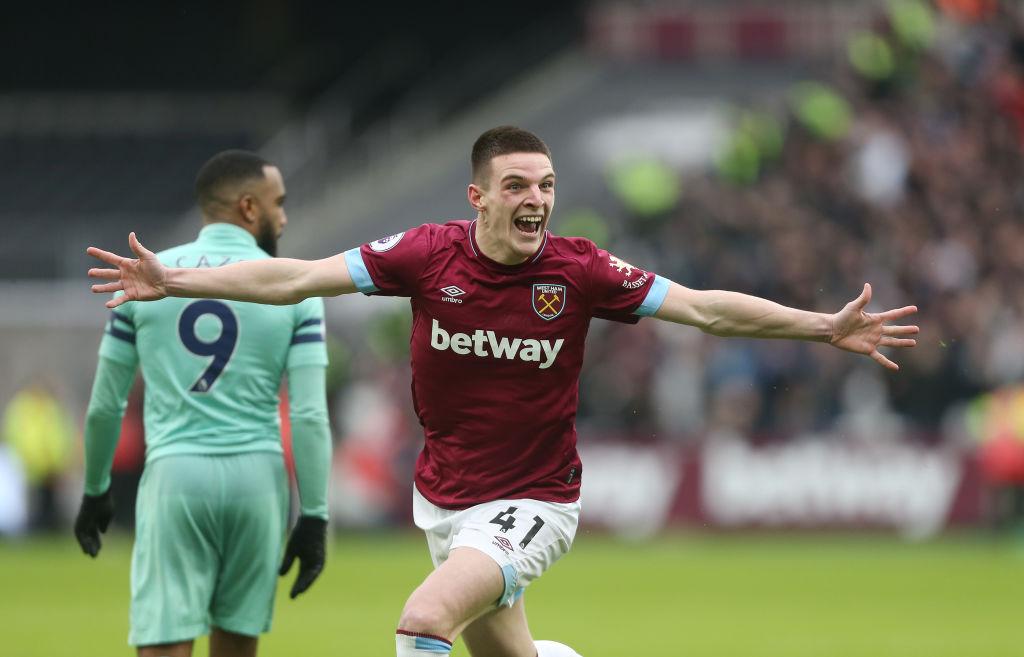 Since 2017/2018, which was his breakthrough season at the club, Rice has made a total of 101 appearances for the HAMMERS. Featuring in virtually all their matches. Regardless of his age, the 21-year-old has been a mainstay at the heart of the Hammers midfield.

His rise to limelight since his West Ham debut got him into a state of confusion on the International scene before deciding to pledge allegiance to England national team in February 2019. Hereby making his first senior international debut for England against Czech Republic at the Wembley stadium on March 22nd 2019.

Declan Rice’s rendition at West Ham has undeniably attracted the interests of other top EPL teams, no wonder his future at West Ham United is seen beyond the ‘Hammers’ unless their status as an average team changes suddenly. 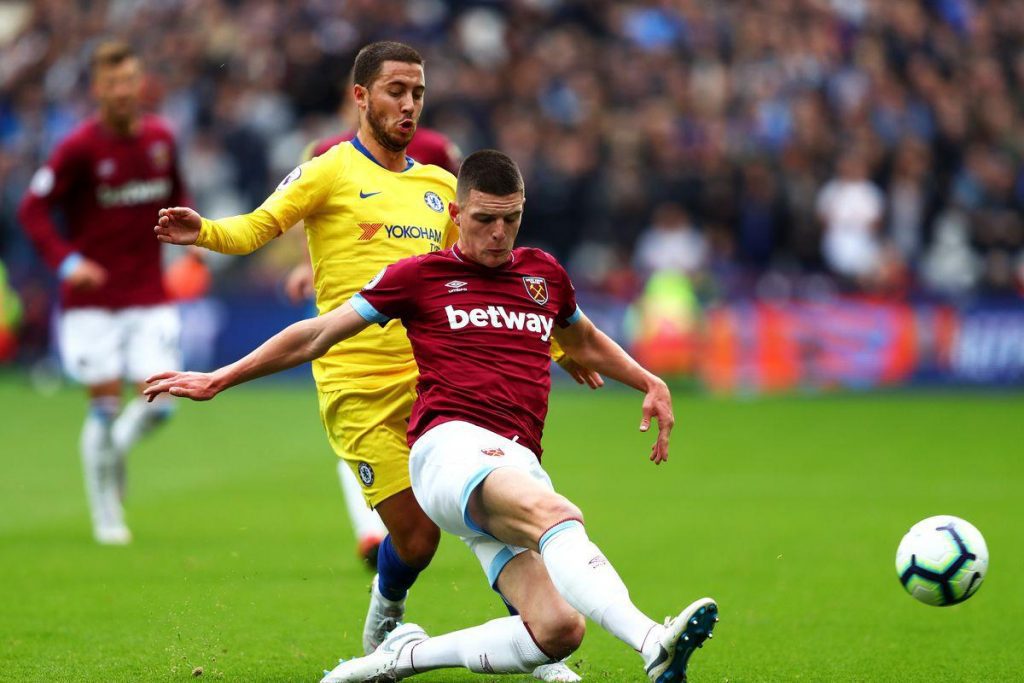 According to Sunday Express, Chelsea are now interested in resigning the midfielder, who recently admitted he an interview that he would love to be reunited with his close friend ‘Mason Mount’ at club level.

Given the revelation of his interest in playing alongside Mason Mount at club level, it would definitely be of great boost to Chelsea’s quest of getting his signature during the summer transfer window.

Though Chelsea would still need to convince the ‘Hammers’ by tabling an attractive deal with the club as Rice’s value wouldn’t be short of reportedly £40 million.

Hopefully, both Declan Rice and Chelsea would see their dream come true during the summer transfer window. 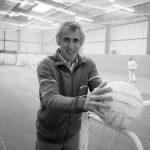 Peter Bonetti: Remembering one of Chelsea’s greatest
Next Article 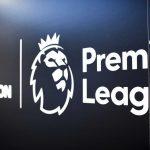