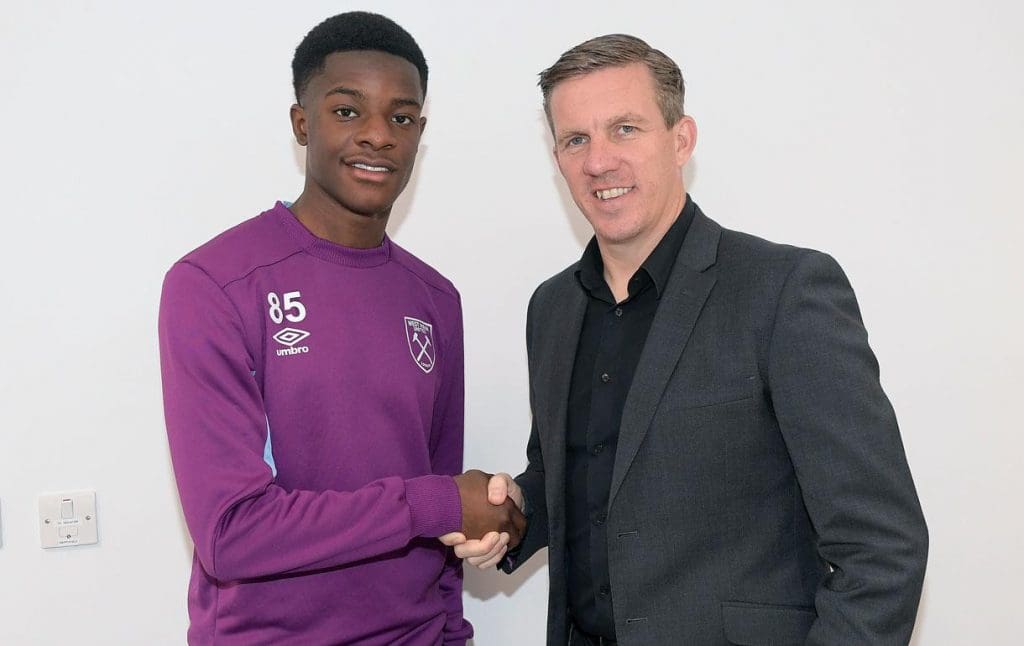 West Ham announced the signing of the profilic Republic of Ireland Under 17 starlet from Manchester United on Friday after a lot of speculation.

According to reports, the likes of Atletico Madrid and Juventus were also interested in the striker. However, Odubeko joined the Hammers after spending his schoolboy years at Manchester United.

There he made a name for himself as one of the hottest young properties around, netting 35 goals and scoring on his U18 Premier League debut last season.

The Red Devils had offered Odubeko a new deal but he turned it down to sign for West Ham. The Hammers believe they have a top talent on their hands. And with Sebastien Haller the club’s only proven striker, Pellegrini’s side have started to struggle for variety, goals and results. 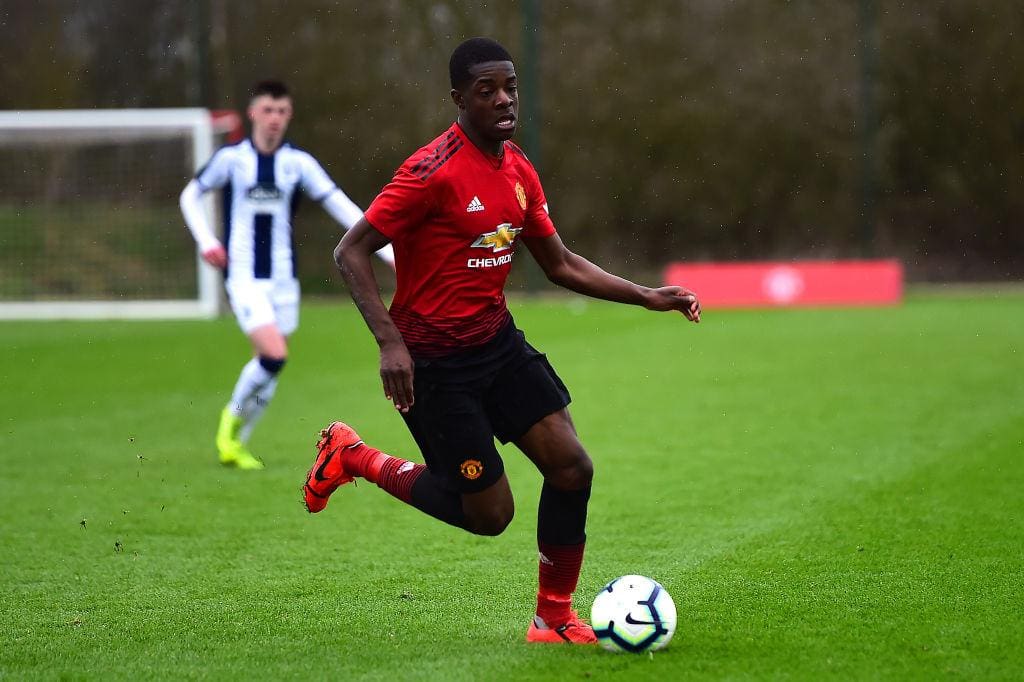 On announcing Odubeko’s arrival, West Ham made it clear that the young forward will be part of the youth and development setup.

“(Odubeko) will initially work with West Ham’s U18 squad,” the club stated on whufc.com

“He’ll start with the Under-18s and will enjoy opportunities to work, develop his own game, and act as a focal point in attack for different age groups, including the Under-23s” academy manager Ricky Martin added.

West Ham sold all five of last season’s strikers – four of them proven Premier League performers – and brought in only Haller and the unproven Albian Ajeti in the summer. Ajeti has failed to impress in cup appearances and cameos so far.

Many West Ham fans will point to other clubs in the Premier League such as Manchester United where young strikers are getting game time and ask why Odubeko shouldn’t be considered for the first team given the serious lack of options. After all, if he is good enough he’s old enough. Just like Declan Rice.