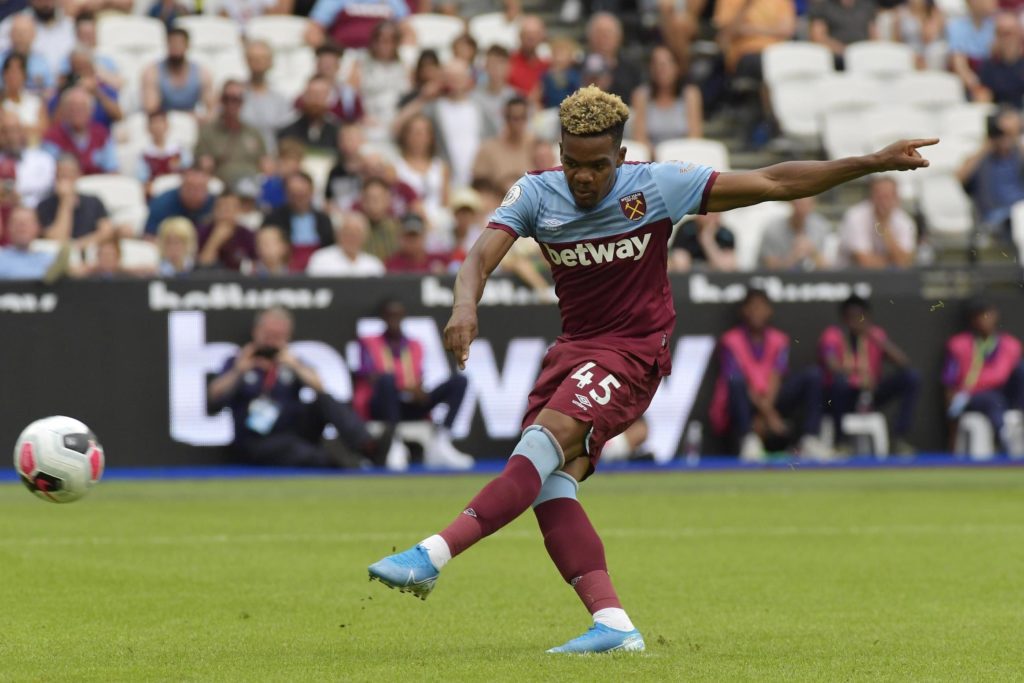 It’s such a joyful thing when the most competitive and globally accepted English Premier league returns to our view after over a month off.

The Magpies started on a high when they hosted West Ham at St. James Park on Saturday afternoon. Newcastle took advantage of the Hammers’ shambolic, uncoordinated display and scored two vital goals on the opening day of the new season.

Throughout the afternoon, some questions could be asked, seeing David Moyes team’s lack of creativity, combination, cohesion and penetration all through the match.

Few days back, West Ham’s board had both been internally and externally criticized for their transfer dealing, which could be attributed to the surprise sale of their academy graduate Grady Diangana, who shone brightly while on a season long loan contract with West Bromwich Albion during last campaign.

West Ham captain Mark Noble and some other teammates had shown their displeasure concerning his departure, which was seen as a lack of foresight on the part of the board, due to the player’s young age and talent.

Mark Noble tweeted that he was “gutted, angry and sad” and Hammers’ head coach David Moyes responded when quizzed about Noble’s tweet and he responded that the skipper showed “exactly what the players feel”.

Mark Noble’s post on Twitter was liked by team-mate Declan Rice, while defender Arthur Masuaku replied with a broken heart emoji and many Hammers fans voiced their dissatisfaction with club owners David Sullivan and David Gold for taking such sour decision on the youngster’s exit.

“Go and do your thing in a club that respects you. Big player with a big future,” wrote midfielder Jack Wilshere on Instagram.

West Ham’s struggles and persistent fight against relegation during last season’s encounter had been linked with the Hammers misfiring attack, which was one of the most obvious reasons why they’ve failed to produce consistent convincing performances; an area where Grady Diangana would have seamlessly been very useful to the team this term, without spending a pound to find an external solution in the transfer market.

Diangana’s quality and ability to create chances out of nowhere could have made the difference for West Ham against Newcastle.

He likes to make bursting runs forward and take a go at defences. Last season, no player in the Championship had more successful dribbles than the 3.52 per 90 minutes made by Diangana. Grady laid off six assists and using his pace to sprint in behind defenders, he scored eight goals in  appearances last season. His inventive play, creativity and goal threats makes him a dangerous figure in the final third.

While on loan at West Bromwich, Diangana had chances created (41) 1.98 per game; dribbles made (73) 3.52 per game and Open-play crosses (44) 2.12 per game. Diangana mostly plays as a right-sided attacking midfielder but can as well play across the forward line. He cites Ronaldinho as an influence.

Diangana joined West Ham youth setup in 2010, at the age of 12. Starting as a striker but, he began playing as an attacking midfielder at under-15 level.

In September 2018, Diangana made a cameo appearance in his first Premier League outing, coming on as a 93rd minute substitute for Felipe Anderson in a 3–1 home victory against Manchester United.

With an injury to Andriy Yarmolenko, Diangana became a regular in the team and made his first league start against Leicester City on 27 October; while registering his first league assist in the game against Burnley.

Due to his quality at such tender age, on 18 January 2019, Diangana was rewarded with a longterm contract, penning a new six-year contract that would have kept him at the London club until 2025.

On 8 August 2019, West Bromwich Albion announced the loan signing of Diangana. He made 30 league appearances for Albion, playing a vital role in helping them to secure promotion to the Premier League.

On 4 September 2020, West Brom finally announced the permanent signing of Diangana for a reported fee worth £18million, pennng a five-year deal.

Considering the Hammers’ uninspiring outing against Newcastle, Chelsea’s target Declan Rice reluctantly rebuffed the notion of Diangana’s departure as the major cause for their display on Saturday, stating that: West Ham’s dreadful display had no link with the disappointment amongst the players regarding the departure of Grady Diangana.

After the Hammers loss, Rice said: “Grady went 10 days ago. He is a big miss for us. But none of that was in our minds, the dust has settled.”

Speaking to Sky Sports, he added: “I do not think we could have played any worse to be honest. We were poor as a team and individually. There is no time to play poor in the Premier League.

“We had a dip last year and found ourselves in the deep end and it was not enjoyable. Things did not go our way, slack touches, not really getting in behind enough, not creating chances. There are a couple of things you can put it down to. We need to turn up in these types of games.

“We need to be collectively better.”

Asked whether the feeling among the players about the sale of Diangana had an impact on their performance against Newcastle, Moyes said: “Not a thing. When you are a footballer and are out on the pitch, that has nothing to do with it. You concentrate on the game once you cross the white line.

“The same players who played brilliantly well at the end of last season – I was hoping to get much the same from them, but we did not.”

Would West Ham early woes continues again this season, or does the solution lies in the transfer market, given the club’s search for proper addition from several linked players?