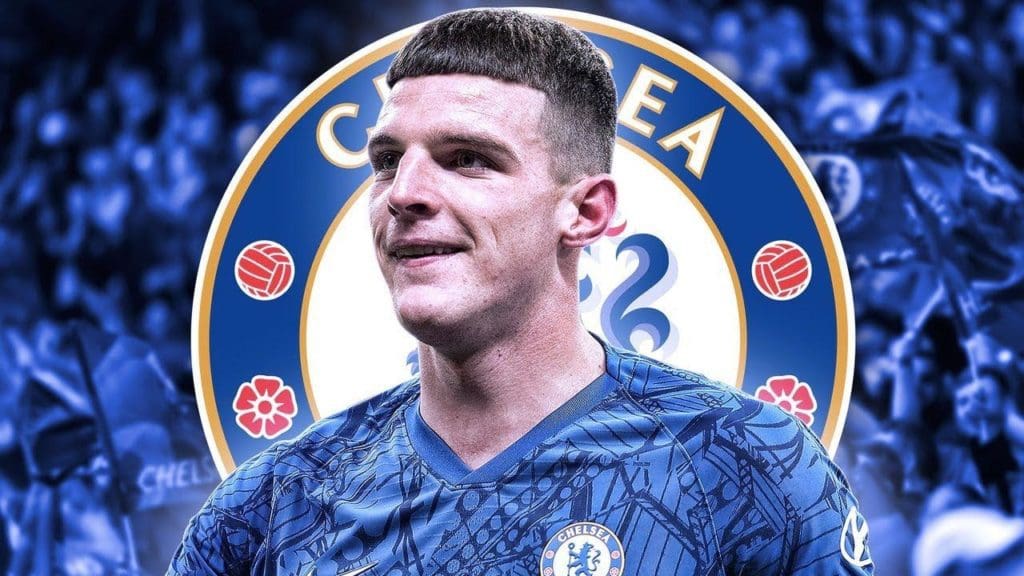 Chelsea have spent surplus this summer and were in pole position to win any transfer battle against any club for any player. But the only player that they did not acquire the services this summer, which was also the one with most sung name, Declan Rice.

Frank Lampard and the Chelsea board have been great admirers of West Ham centre mid for long and according to many he is their final piece to the puzzle. It comes out as a bit of shocker for many, considering the fact Chelsea have great depth in midfield already and this necessarily is not the transfer they need to prioritize as of now. But the former Chelsea graduate is tipped to take up a Centre Back role rather than any position in midfield. He is being considered a ‘Leader of the Future’ and reunite with many of his old team mates from his youth Cobham team.

Now the things are advancing at a progressive rate, considering the transfer window is approaching, as there have been news of him parting ways with his former agent and his new agent being his father, Sean Rice who is a season ticket holder at Stamford Bridge.

This all news comes up just before the London Derby as Rice visits Stamford Bridge with the West Ham squad facing Chelsea Blues. Chelsea are facing a dip in form after consecutive losses against Everton and Wolves in the league which pushes them to a 9 point drift from league leaders, Liverpool. Two weeks back, Chelsea were considered as one of the favorites to win the league but with this display of game in such a crucial phase of league has put them under a radar of many critics. This seems to be a must win game for Chelsea cubs as they look to keep themselves in a position to push for the Top 2 each game week.

But the test for Declan Rice is a bigger one as he has the task to win the fans of London Blues and prove a point to everyone who do not find him as a suitor at the Bridge. He has a huge price tag on his shoulders and the England International has to justify each penny of it and convince the board at Bridge to acquire his services. A win against his old and ‘to be’ team will not be the ideal scenario for fans in Blue but a solid performance is must as this is nothing less than an ‘Audition at the Bridge’ for him.

Manchester United move onto 3rd after thrashing Leeds for 6 goals
Chelsea player of the season ruled out vs West Ham?
To Top