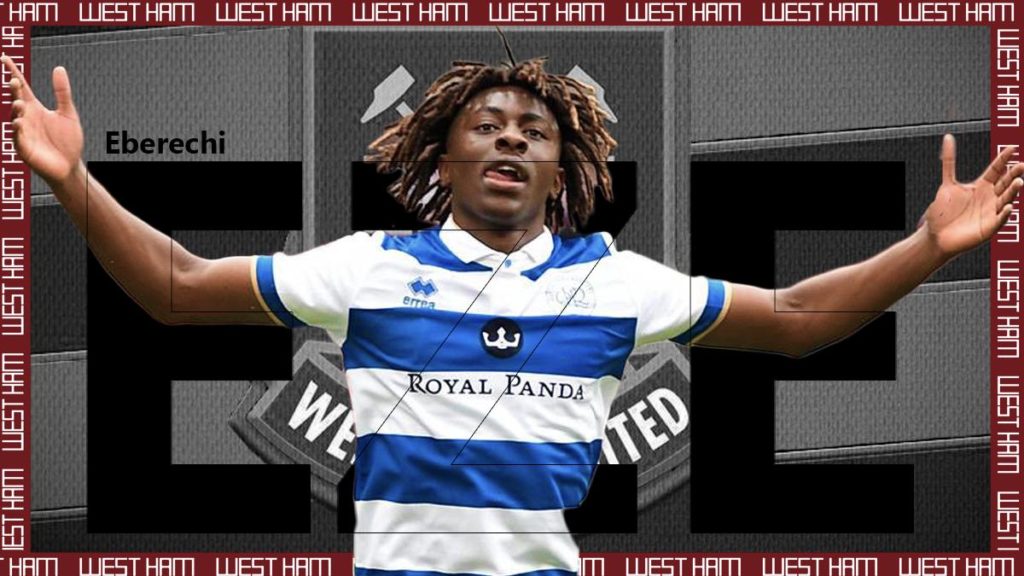 According to the Evening Standard, West Ham and Crystal Palace are said to be after QPR midfielder Eberechi Eze, who has been consistently linked with several top Premier league clubs.

The young playmaker has being at QPR since 2016 after numerous rejections. The midfield maestro has finally settled at QPR where he has become an household name. He has been able to explore his talent and had the right environment which supported his style of play.

He was released by Arsenal at the tender age of 13, and went around London with Fulham, Reading and Millwall before joining QPR. Rejection doesn’t look to be a new concept to the resilient and determined Eze, but he admits that Arsenal’s release hurt him the most.

“It started at Arsenal, I was 13 [when I was released],” he said. “That was the worst one. I remember crying in my room for a solid week, my mum telling me that it’s going to be OK but not being able to get over it.

“Then I went to Fulham and I was finally starting to enjoy my football again. We played Arsenal a few months later but, when I went over to shake the academy manager’s hand, I started welling up. All the feelings came back.” 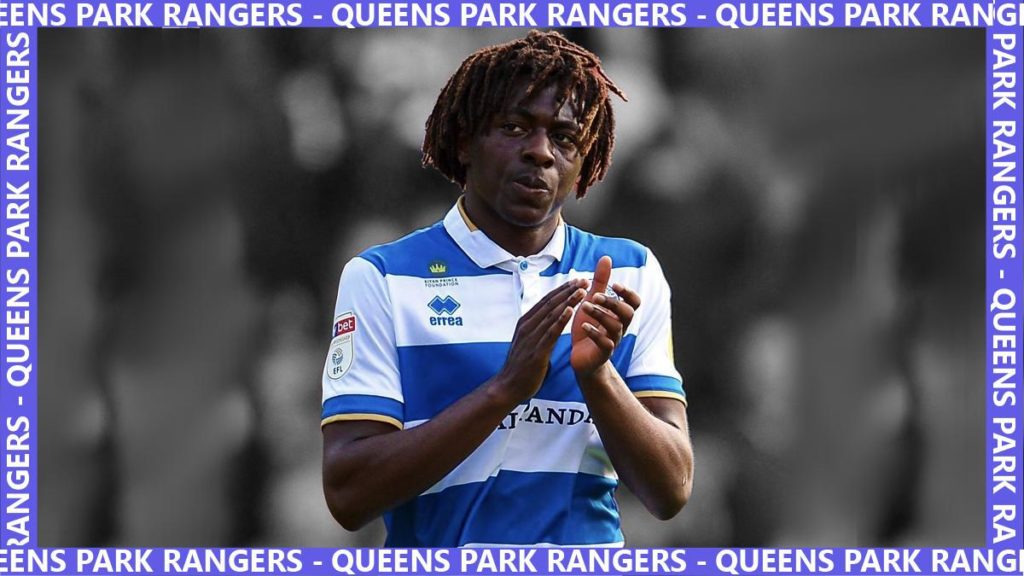 Eze is primarily a central midfielder who likes to play in the number ten position. The youngster is more than capable of playing in wide positions, making things difficult for the full-backs with his movements, pace and skill set, which shows why he can manoeuvre his way out of counter-pressing.

As also an attacking midfielder, he mostly operates from the left side of the pitch, which allows him to cut inside and have the ball on his preferred right foot. 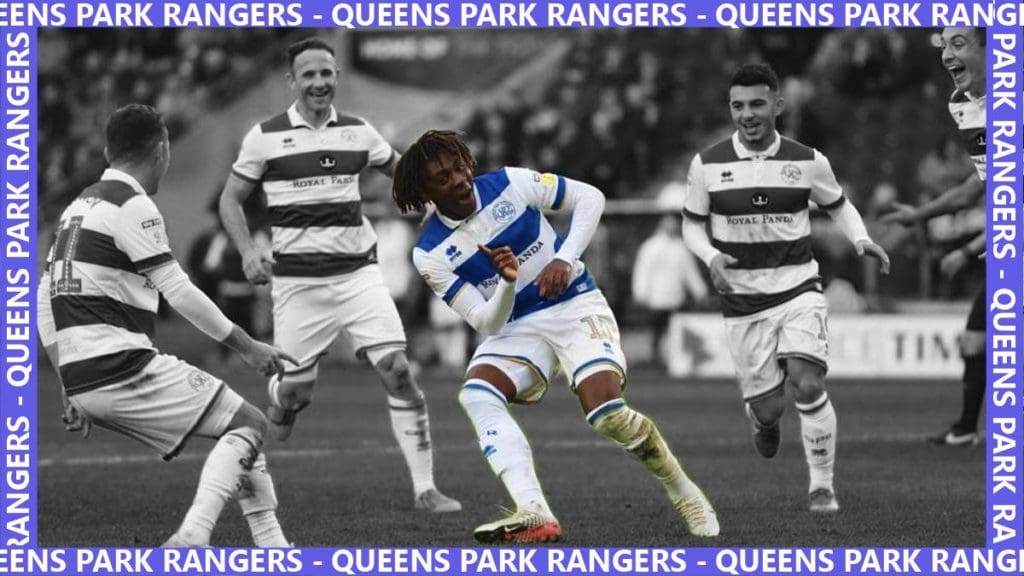 He constantly enthralls every spectators with his tricky style of play, capable of doing the impossible with the ball at his feet. Though his silky style of play seldomly comes with few misconceptions concerning his game, which is being portrayed as having a nonchalant aura. Obviously, the ease and the finesse with which he plays the game doesn’t reflect his underlying work-rate.

Sounds like a familiar story, which relates to how Arsenal’s creative maestro Mesut Ozil has mostly been criticized, as his silky and finesse style of play, betrays his work-rate, passion and commitment shown during a match.

For the England Under-21 midfielder, there is no denying that he complements his unrivalled abilities with grit, energy and determination to impose himself in every game, making use of every tight spaces to his advantage and linking the forwards with intelligent passes.

The youngster looks to have absolutely everything to shine in the midst of any kind of opposition. The England under-21 international midfielder’s dynamics, technical brilliance and an eye for a killer pass makes him a well-rounded type of offensive player. 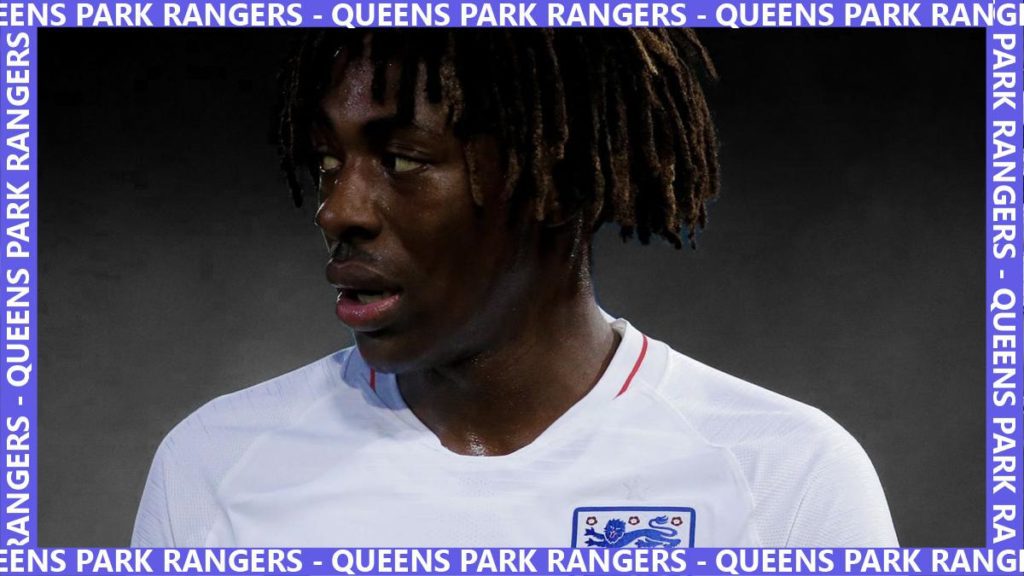 Thus far, Eberechi Eze has a very good record of pass completion percentage with 86.5% rate. His set-piece ability and long shots are part of his numerous traits on the offensive side. This season, Eze has scored 14 goals and provided 8 assists in 46 league appearances.

His constant sporadic rise and continuous high catching performances has led to some serious interest in the youngster, with West Ham looking to be ahead of the others in trying to get the young playmaker’s signature.

The former Spurs striker and QPR Director of Football Les Ferdinand said, per ​Football​ London: “It’s going to be very difficult. When you have a player of his quality doing well in your team nobody wants to see him go.

“I had to fend off a few offers in the January window and, I’m sure if he continues to play in the manner he is playing and adds a few more goals to his game, I’m expecting us to get offers in during the summer. I think if you look at his ability, I see him playing for one of the top six sides.”

With his current contract with QPR set to expire on 30th June 2021, his present market value has now been revealed to be around £20 million, which doesn’t look too high for such a talented youngster who is on high demand.

But considering the financial difficulties facing most clubs, QPR might be willing to reduce their asking price, allowing his suitors like West Ham or Crystal Palace to finalise his signing.