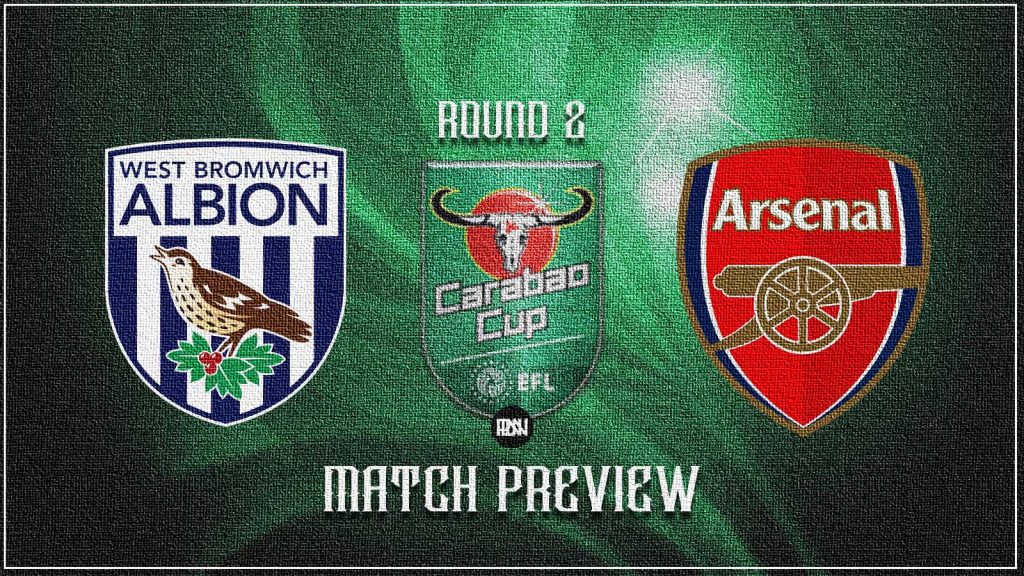 Arsenal will not get any third-round privileges in the Carabao Cup this time around, certainly, the least appealing silverware at the Emirates especially considering how much they need to work upon in not only getting their system right under Mikel Arteta but also finding a way to balance offensive product with defensive capacity – something every Arsenal faithful has been looking into since the commencement of the pre-season. The loss to Chelsea at the weekend was yet another nail in Mikel Arteta’s progress although that’s considerable with Arsenal having missed out on services of nine players including Thomas Partey, Ben White, and Alex Lacazette.

The air around the Emirates is drab at the moment and with Manchester City up next in the Premier League, the Gooners would gladly welcome facing West Brom to have some let-up before another expectedly frustrating ninety-minutes at the Etihad.

Many would expect the visit to the Hawthorns, having just relegated from the Premier League, to be another dull league cup fixture though they would be no push-overs having set their sights to an immediate return to the Premiership under Valérien Ismaël. The Frenchman has superintended lustrous start to life in West Midlands, unbeaten in opening four league fixtures and sitting second in the Championship table. Ismaël has contrived a compelling use of three at the back which he was known for at Barnsley.

While Arsenal are struggling to find the back of the net, West Brom have made a captivating case for themselves – having scored seven goals in their opening two games at the Hawthorns. The Gunners meanwhile have also struggled at the back, shipping in plain sailing goals with Pablo Mari’s dull performances being the highlight reel of their defensive vows.

Mikel Arteta has his neck grabbed with injury hitches with the spine of the squad missing out on the opening two fixtures of the Premier League. Arsenal has nine players missing out either with COVID-related measures or other injury concerns. Though there is much to respite for the Gunners’ faithful as the likes of Alex Lacazette and Gabriel Magalhaes are back in training. The involvement of Ben White remains subjective (not only for the trip to Midlands but also for the tube to Manchester on the weekend), having missed out against Chelsea after contacting COVID-19. The injury scare to Gabriel Martinelli and Kieran Tierney are not too bad as well, with Arsenal’s official website confirming nothing serious and the duo has returned to full training. The Gunners will also have Martin Odegaard available after sorting out his visa issues which prevented his involvement at the weekend, the Norwegian is expected to make his second debut for Arsenal tomorrow.

For the hosts, Brighton & Hove Albion loanee Matt Clarke is expected to miss out after having pulled his hamstring which forced an early withdrawal against Blackburn. Other than that, Valérien Ismaël is expected to have a fit squad at his disposal.

Arsenal announced the acquisition of Aaron Ramsdale from Sheffield United last Friday, just in time to be available for selection for their Premier League fixture against Chelsea. Although Bernd Leno started in goal at the Emirates on Sunday with Ramsdale acting as his understudy – this is expected to be a trend for this season unless the Englishman takes over the goalkeeping baton from Leno.

His first opportunity to get connected with the fans and exhibit the trust Iñaki Caña and Mikel Arteta have put in him will come at the Hawthorns tomorrow where he is expected to take charge between the posts. Many so-called supporters took to social media with abusive comments towards the player (Aaron Ramsdale) and the club when the transfer was imminent and now it’s time for Aaron to talk – talk with his performances. I want to highlight, Ramsdale has nothing to prove to these haters and abusers – he has already done more than anything they’ll ever do. Ramsdale signing looks better and better each day. The more I think about it, the next-gen of top keepers need as much time in modern systems when they’re young as possible to develop the required ground game to help their teams. Aaron is a lad with massive upside and potential to succeed. He’ll be physically capable with growing years and has so much space to grow with no massive flaws and a top mentality.

Picking out the Hawthorns’ Spaces

One of the limitations of the outset couple of games this season has been reluctance to make line-breaking passes. For every possible gut-felt passes, Arsenal have chosen to go the diagonal way. This has majorly come to criticism from the supporters and many so-called pundits. Arsenal under Mikel Arteta are prone to slow buildups, and by the time they get into the final third, the opponents’ defence have already settled which in turn forces them to get creative beyond eyes. While Emile-Smith Rowe has been someone who picks these passes every now and then but implementing a way that lets opponents settle has become a thing of frustration with the Gunners. [Many would argue, Arsene Wenger’s Arsenal used to maintain a heck lot of possession in the final third – although, on the contrary, his team played with freedom and creativity complemented by moving the ball at pace]

Arsenal did manage to get into decent spaces in their 2-0 loss against Chelsea at the weekend, with Kieran Tierney, Albert Sambi Lokonga, and Emie Smith-Rowe being the centre of all the creative outputs in the final third. But if we take from how Mikel wants his forward line to set up, West Bromwich Albion will have to deal with final balls and movements showcasing how precise the likes of Martin Odegaard and Smith-Rowe are with these passes on the low-blocks.

West Brom will also have to deal with Arsenal’s hurting pace up front, with the likes of Reiss Nelson, Gabriel Martinelli, and Pierre-Emerick Aubameyang expected to be involved at some point tomorrow. The Gunners also have the blistering Nuno Tavares, who loves to stick to the wide line and grab opportunities to run in from the left by himself.

League Cup always has been an opportunity for the Gunners’ faithful to have a look at the budding youngsters at the Hale End. But this is no longer that Arsene Wenger’s Arsenal where all the eleven players are from the academy and Mikel Arteta spoke to Arsenal’s official website indicating that a strong squad could lineup in the tunnel tomorrow. Although there is a ray of hope for us loyal Gooners who crave every opportunity to watch the youngsters breaking into the first team. From the top of my head – Miguel Azeez, Omari Hutchinson, Ben Cottrell, Joel López could feature against the Hawthorns.

Miguel Azeez was expected to be heavily involved in Arsenal’s first-team setup this season though that’s not been the case as of now. Azeez has been plying his trade for Arsenal under-23s, but many suggest he is far more matured and that indicates he may lay down a path to the first-team setup soon. Omari Hutchinson just scored a worldie in Arsenal Under-23s win against Crystal Palace at the weekend. Omari has been the spark of Kevin Betsy’s side and he is another highly-rated talent at Hale End who is expected to break into first-team sooner rather than later.

Irrespective of the sulk tone going around Arsenal, fresh faces with the willingness to succour the club they love is always refreshing and some of these young guns should make a run tomorrow.

Diangana has made huge strides since his move from West Ham to West Bromwich Albion materialized last year. He has become a slicker, making more passes into the final third, and more dangerous in front of the goal. It’s very difficult to catch him on the dribbles and that more often than not leads to fouls at dangerous positions in the final third. Grady is very commanding in the box as well, and knowing Arsenal’s defensive discrepancies – he can pose a genuine threat to Ramsdale’s debut clean-sheet.

Overlapping constantly on the left-wing, the U21 Portuguese International would certainly put in some brilliant crosses and be placed wide-left from where he can be a genuine threat to West Brom’s defence – not only from his pin-point crosses but also his occasional shoots cutting in from the left. Although Nuno has not been involved in masses for the Gunners, he also has showcased a lot which Arsenal fans love. Knowing how Mikel would love to get West Brom on the back foot with a front five on the ball, Tavares will be expected to deliver Tierney-Esque crosses atleast.

West Brom will definitely be prioritizing an immediate promotion to the Premiership than getting deep into cup competitions. Though knowing Valérien Ismaël, he will look to capitalize on Arsenal’s poor run of forms with a high-intensity performance with the full-backs playing a critical role in the transitional play. While many expect Arsenal to get through this comfortably, the hosts will be no pushovers especially considering their good patch and vice-versa for Mikel Arteta’s side (on form). Arsenal will likely keep West Brom on the back-foot with the midfield pivot playing a huge role into the offensive as well as defensive responsibilities. And hopefully, some youngsters to cheer for! 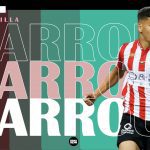 Why are Aston Villa pushing for Abdou Harroui?
Next Article 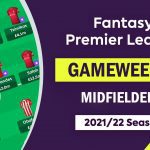