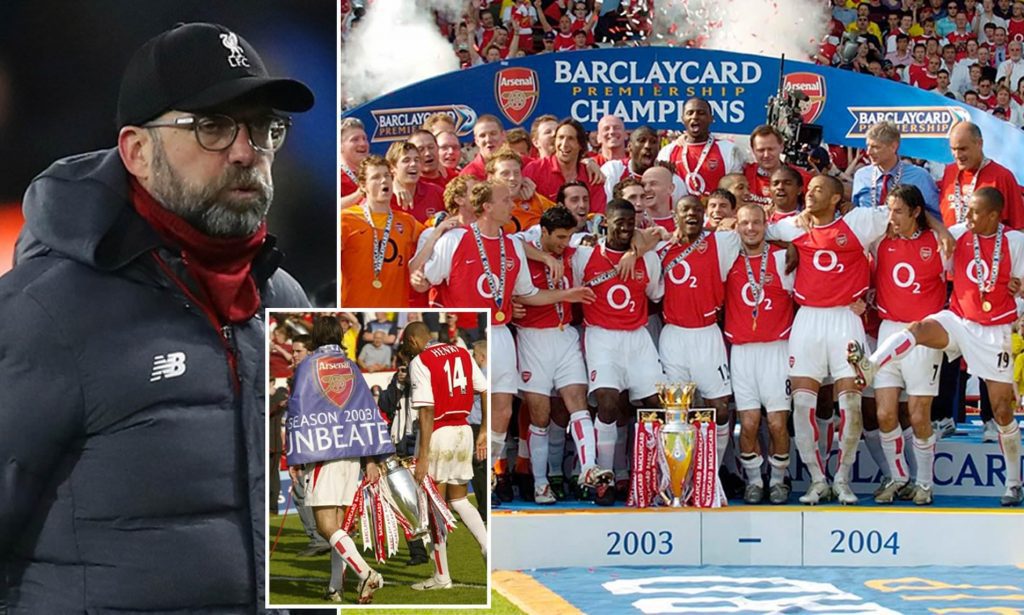 Arsenal were unbeaten in the 2003-04 season and are the only Premier League side to end the season unbeaten. Jurgen Klopp’s Liverpool were on course to match that record this season as the Reds challenge for their first league title in the Premier League era.

However, Watford put a top to their incredible run this season as the Reds lost 3-0 at the Vicarage Road. Their defeat was met with cheers from Arsenal fans and Arsene Wenger himself. The Frenchman was happy that his unbeaten record remained untouched. Wenger hopes that the ‘Invincibles’ title will remain unique.

“Yes, it was a form of satisfaction. We always like to be the only ones to achieve something,” Wenger told beIN Sports. “They [Liverpool] could really go all the way, but it shows that it’s difficult to repeat this feat. Anyway, that day, I had a lot of messages from Arsenal supporters.”

Liverpool now have a 25-point lead over second-placed Manchester City. The Reds need just two wins to claims their first league title in over 30 years. Bundesliga has already returned and La Liga, Serie A & Premier League are preparing for a comeback. Wenger said that playing behind closed doors without fans is the best way to resume the tournament.

“Football without supporters? It’s true that’s not what we’re looking for, but it looks like that,” he said.

“It’s still the fairest thing [given the context]. At least, the decision is made on the pitch. In the end, it’s a sporting result.

“The Germans were very good and very courageous, it must be recognised. It’s a huge promotion for their football today.”