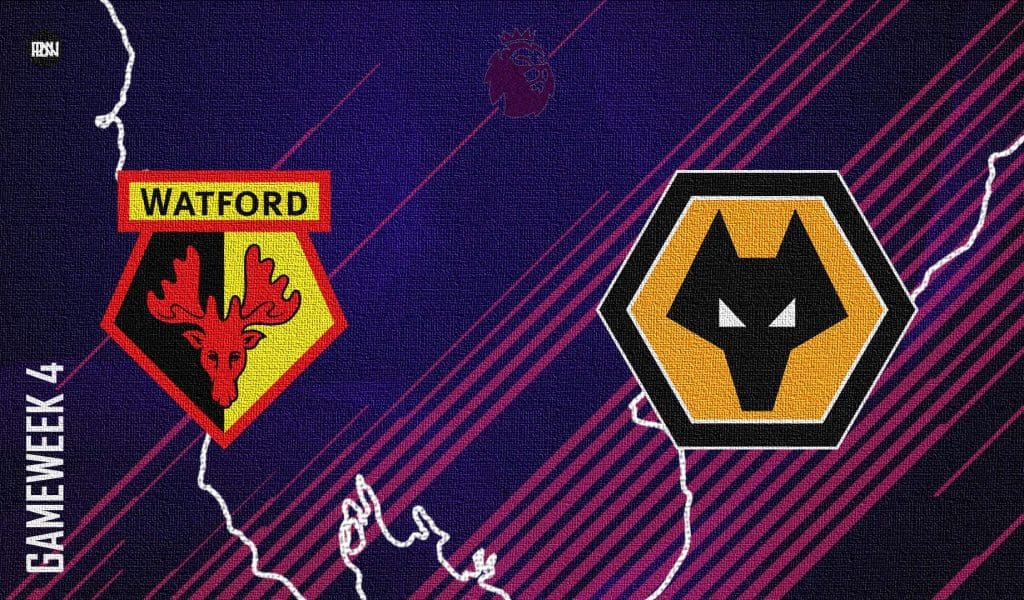 After the conclusion of the international break this week, it felt like years have passed without a Premier League game. This weekend, players will switch back to club colors and continue to improve their respective positions in the league table. 12th place Watford will host their old nemesis Wolverhampton Wanderers who currently find themselves in a relegation zone position at 18th.

Watford vs Wolves will take place on Saturday, 11th September at 5:00 pm BST.

The Hornets will be welcoming their guest Wolves to Vicarage Road stadium for this fixture.

Watford faithful will be relieved after getting the news about their goalkeeper Ben Foster will be hoping to pass the test as fit to start. Adding more to the relief, versatile midfielder Dan Gosling has also trained with the squad seeming fit to appear. Striker Jao Pedro will also hope to pass his fitness test adding hopes in the hearts for fans to see goals on Watford’s side of the scoreboard.

Worsening the already bad fortunes for Wolves, fan-favorite forward Pedro Neto will be out nursing an injury. Joining him on the nursing bed will be young left-back Bueno and his fellow right-back Jonathon ‘Jonny’ Otto.

Under the leadership of Xisco, Watford have begun their Premier League campaign according to their standards, and have so far managed one point per game – Xisco’s ability to field a team capable enough to win the opening game of the season. In the following weeks, Watford have so far failed to add any point for themselves in the tally. Their recent win against Crystal Palace in EFL Cup could be a motivating factor for Xisco and his men to stand a fighting chance to come out as a winner against Wolves.

Watford’s forwards Ismalia Sarr and Emmanuel Dennis showed signs of fulfilling the goalscoring promises in the first week and hence, their manager and fans alike will be expecting them to perform against Wolves.

Xisco Munoz prefers his team in a conventional 4-3-3 or a modified 4-1-4-1 formation which helps his tactics to support the natural abilities of his players. While attacking, Cathcart and Masina shift their position further up the field from fullbacks to wide midfielders and pacy wingers Sarr and Bonaventure come closer to the striker to make runs behind the defenders after receiving a diagonal pass from the fullbacks. The midfielders Etebo and Sissoko busy themselves dealing with covering the spaces left behind by forwards. While Cleverly has the ability to look for opportunities from the midfield, Munoz prefers playing Sissoko against strong opponents to add further protection for his defenders.

On the other hand, apart from Raul Jimenez and Adama Traore, Wolves are not providing any threat going forward. They have failed to register a single win in the Premier League this season and find themselves in the relegation zone already. Their tactical prowess has somewhat faded since the departure of Nuno to Tottenham Hotspur. While Bruno Lage is still settling himself in the league, his idea of football was blatantly displayed in the cup game against Nottingham Forest.

Shaping the team in a 3-4-2-1 formation, Lage’s defensive midfield duo has so far tried their best to stop opponents from troubling the defenders. Wolves’ defence is not an issue as defenders have done the job to absorb the pressure to their capacity. The attack is their major concern as they haven’t scored yet in PL this season. Apart from Jimenez in the starting lineup, Lage has not found an able finisher to take the pressure off Mexican’s shoulders. Adama has averaged xG of above 1.8 and has still not scored a single goal in 3 games. Bruno Lage should try moving Adama back at the midfield and try slotting in Podence or Silva to partner Jimenez to provide the finishing touch in the starting lineup.

Sarr is one of the experienced players at Watford and his ability to play in various attacking positions makes him an integral part of Xisco’s set-up. Starting on the right flank of the attack, he has so far scored 1 goal for the Hornets. He will have to play an important role in troubling Saiss and preventing him from coming forward. Also, he will be tasked to collect long balls and make runs in the space between Coady and Saiss. While Jose Sa is still settling in with Wolves’ defence, Ismaila Sarr’s ability to make passing combinations with fellow forwards in King and Bonaventure could disrupt the communication between Wolverhampton defenders and Sa.

Irrespective of his goalscoring form, the whole Premier League is familiar with the threat Adama Traore could be for any side on his day. Similarly, this season Adama has primarily played as a forward and hence, he will get ample opportunities to create havoc in the opposition’s box. Traore will be expected to start on the right flank, he will be asked to initiate the counterattacking opportunities. Dribbling and taking on defenders is the key strength of Adama’s game and considering that he will be against Sissoko and Co., he has an advantage over them in terms of pace and dribbling. Wolves may or may not find direct goalscoring opportunities and hence it will be Adama’s responsibility to expose the Hornet’s defence using his speed and flexibility.