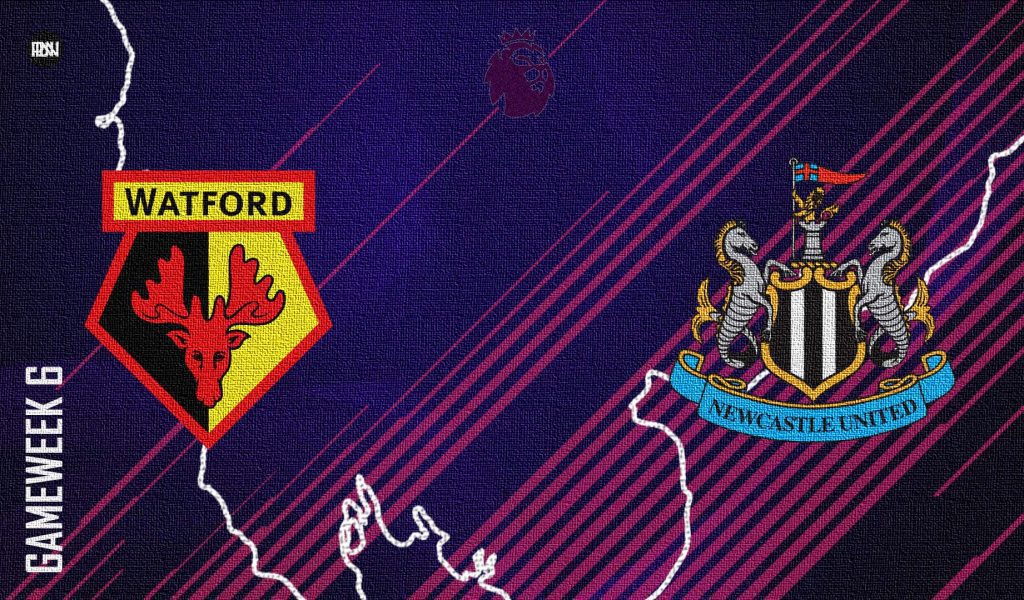 The Premier League is back after midweek Carabao Cup fixtures, and this week we have some exciting games as Newcastle United are making the trip to East England to take on Watford FC at Vicarage Road.

Watford have had a decent start to the campaign, as they adjust back to life in the Premier League, after spending a year in the Championship. They have won 2 of their 5 games, with a stunning win against Aston Villa on an opening day and a win against Norwich City last week. However, they welcome Newcastle on the back of a home loss against Stoke City in the Carabao Cup on Wednesday. Two quickfire goals in the last 10 minutes of the game knocked the Hornets out of the Cup after they went in at halftime level. However, their last game in the league was a deserved 3-1 win over Norwich City away from home, a result that propelled them to 11th in the league. They will be looking to continue their league form against Newcastle United, who have had a very poor start to the season.

Newcastle United were relegation candidates before the season even started, owing to a lack of investment in their squads by the owners. The mood in Newcastle is dismal and grey, with fans fearing relegation come the end of the season. They are without a win in the first five games of the season and find themselves in the relegation zone. The Magpies showed some promise in the game against Leeds United with their attacking play, although their defense is a cause of worry for the Toon Army. They face tough opposition in Watford next and will be desperate for a good result, and possibly three points for the very first time this season.

Watford defender Kiko Femenia was doubtful before the game, however, manager Xisco Munoz has said the Spaniard is in contention for a spot after being passed fit. Goalkeeper Daniel Bachmann looks set to miss the game against Newcastle with a knee injury, and Ben Foster will be expected to start in his place.

Peter Etebo, who missed out on the Cup fixture against Stoke City as a result of being ineligible will be in contention to return to the lineup as well. It remains to see if he starts or has to contend himself with a place on the bench. Forward Joao Pedro is a huge doubt ahead of Saturday’s game and will face a late fitness test.

Newcastle will be without goalkeepers Martin Dubravka and Freddie Woodman with both suffering from injuries. Thankfully for the Magpies, Karl Darlow returned to the lineup against Leeds United and did not look out of place as he made some wonderful saves in the 1-1 draw at St. James’ Park.

Striker Callum Wilson is also set to miss out on the trip to Vicarage Road, with an injury that has kept him out of Newcastle’s last 2 games. Midfielder Joe Willock was spotted with a protective boot on, which marks him as a huge doubt ahead of Saturday. Jonjo Shelvey could return to the squad as he faces a fitness test after a calf injury.

High scoring game on the cards?

Watford and Newcastle have both had some good attacking displays in the first five games. Both teams have also failed to keep a clean sheet in the league so far, which adds more fuel to the fire. Their attacking play has been much better than their defending, with the Magpies having the second-worst defense in the league, having conceded 13 goals, while the Hornets have not done much better, conceding 8 goals so far.

All signs point towards a high-scoring game, added by the fact that Newcastle United are yearning for their first victory of the Premier League season. Both teams have some excellent attackers, with Allan Saint-Maximin, Joe Willock, Emmanuel Dennis, Ismaila Sarr, Josh King among others. The battle between the two in-form attackers in Sarr and Saint-Maximin, in particular, will be a very interesting watch.

Both teams will view this fixture as a golden opportunity to get three points, and may even prompt Steve Bruce to go for a more attacking lineup rather than his preferred 5-at-the-back formation. It remains to see what the Newcastle team can achieve after getting a full week to recuperate, unlike the hosts who played an intense midweek game against Stoke City. Pundits have suggested the game could end in a high-scoring draw, although both teams will be gunning for a win come Saturday.

The young winger had a decent campaign in the Championship in the 20/21 season, scoring 13 goals and providing 10 assists to help the Hornets to promotion. Now, back in the Premier League, he seems to have continued that form, with 3 goals in 5 games so far. He has shown a lot of promise on the Watford flanks.

Sarr has wonderful dribbling skills and has the pace to beat his man easily. He has the most shots, has completed the most dribbles, and created the most chances out of anyone on the team, cementing his status as one of the most important players in the team. He has made the right-wing his own with his wonderful performances, which has helped the Hornets up to 11th in the league after 5 games.

His form is the best chance Watford have of winning games and staying in the Premier League this season. Newcastle United are hungry and desperate for their first win of the season and will prove to be a tricky opponent for the Hornets, meaning they cannot afford to switch off at any moment.

The shining light in a gloomy Newcastle squad, he is without a doubt, the best player in the Newcastle squad. His trickery and the devilish pace has been in full flow this season, and his quick feet have left defenders in bewilderment. He is fast and can dance his way past defenders as apparent in that loss against West Ham. While he has not had a lot of support from his teammates on the pitch, he has single-handedly created opportunities and has put them away from himself.  Always a threat when on the ball, Watford will be wary of giving him too much time and space on the ball.

In his current form, he is arguably one of the best and feared players in the league. He is very difficult to contain, and the Watford defense will have spent all week trying to focus on how best to stop him. He was in his flow once again against Leeds United last week, as he weaved through a throng of defenders in the box to equalize the score at 1-1. Newcastle United and Steve Bruce will be once again relying on the French attacker to help them out and hopefully get their first win of the Premier League season.