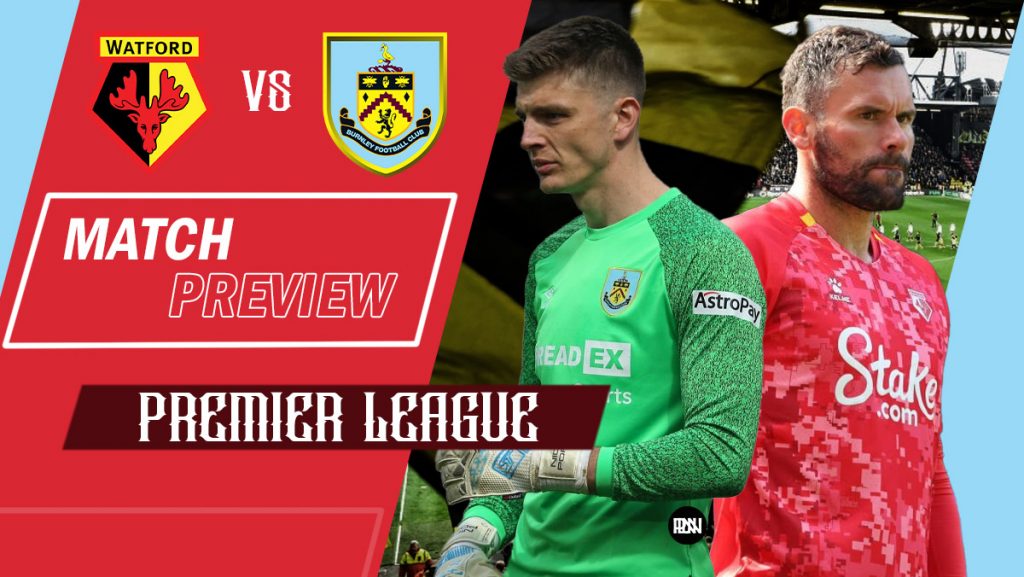 Every fixture at this point in the season is an exciting one, with most teams in the battle for their lives. There is a flurry of activity in all parts of the table, with the title fight, the top 4 fight, and the relegation fight all heating up. Gameweek 35 brings us more thrilling action in English football, as the Premier League season enters its final stretch of games. This weekend sees a potential relegation decider with Watford and Burnley coming face-to-face on Saturday afternoon.

Watford looks all but set to return to the Championship after spending only one season in the top flight. They need to win all their remaining games, and yet all is not in their hands as they have to hope results elsewhere go their way to have any chance of surviving in the Premiership for another season. Watford comes into this weekend on the back of four straight losses, and a bleak record of just two wins in the last 16 league games. Their latest defeat was a 5-1 humiliation against Manchester City away from home last weekend, with a scoreline that has become something of a norm every time the Hornets visit the Etihad Stadium. They were completely dominated by the Citizens but were offered hope when Hassane Kamara scored for the visitors to pull the scoreline back to 2-1. However, after that, they had no chance in the game, with Gabriel Jesus adding two more goals to his tally, eventually ending the game with a total of four. Manager Roy Hodgson rued his side’s lack of hard work and admitted the huge gulf that exists between the quality of the two teams. He will be hoping for much better performance on Saturday afternoon, especially considering how Watford under Claudio Ranieri were looking upon themselves before the Italian was replaced with Roy.

Meanwhile, on the other side, the change of Managers have worked wonders for Burnley as they enter into the game on the back of a superb run that has seen the club climb out of the relegation zone. They have lost just one out of their last 5 games, winning three and drawing one. They have won the last two games, keeping a cleansheet in both games. Long-time manager Sean Dyche was sacked by the club following a 2-0 loss at Carrow Road against Norwich City, and the team has gone on a two-game winning streak since which has infused the fans and players with the hope that they can survive yet another season in the Premier League. U23 coach Mike Jackson has taken over after Dyche, assisted by club captain Ben Mee, and together they have seen a turn in the Clarets’ run of form. Burnley’s run of form has coincided with Everton’s tough run of games, which has seen the Merseyside Blues take Burnley’s place in the relegation zone. The Clarets have played a game more than the Toffees, but are currently favorites to come out on top in the relegation battle. They were brilliant in their 1-0 win at home against Wolverhampton Wanderers last time out, as they earned all three points thanks to a Matej Vydra strike just past the 60-minute mark. A win on Saturday would see them boost their survival hopes, with Everton facing a very tough opponent in Chelsea.

Watford forward Cucho Hernandez was omitted from the squad vs Brentford following the Colombian picking up an injury against Leeds United, and was replaced by Emmanuel Dennis in the starting lineup. Reports suggest that Cucho is set to be out until the final stages of the season. William Troost-Ekong returned to the bench against Manchester City last weekend, but Francisco Sierralta and Samuel Kalu both missed out and are doubts for the game on Saturday.

Maxwel Cornet was the biggest name missing for Burnley in their last game, as he picked up a knock against Southampton the weekend before. Ashley Westwood suffered a horrible injury a couple of weeks ago which has ruled him out of the remainder of the season. Left-back Erik Pieters has a knee injury and has missed the last game, along with Johan Berg Gudmundsson who has also been out of action since mid-February. Ben Mee is also set to miss out with a hairline fracture.

Burnley have turned it around in the last few weeks, and they seem to be getting back into their groove of grinding out results. Defending has not been their strongest point this season, but the backline’s performances in the past few games have improved a lot. Two clean sheets in the last two games have brought their tally to 9 for the season, more than the likes of Manchester United and Leicester City.

The reverse game between these two clubs finished in a goalless draw, with neither side showing much ambition in the final third of the game. That goalless draw meant that Watford have failed to score against the Clarets for four consecutive games and have failed to beat Burnley in the last three games. Burnley fans and players will hope to capitalize on their superb recent record against the Hornets, as they look to earn a huge win on Saturday.

Another statistic that will give Burnley comfort is the Hornets’ abysmal home record. Watford have lost each of their last 10 Premier League home games, with no side in top-flight history having ever lost 11 consecutive games at home. The Hornets will hope to avoid making this undesirable piece of history on Saturday, and the Vicarage Road faithful will only hope that the players can use it as motivation to break their winless run.

It is set to be a closely contested game, and while Burnley are the favorites though Watford have the ability to hurt the Clarets as the visitors will have to be vary of very skillful and pacey attackers in Ismaila Sarr and Emmanuel Dennis, as both possess the ability to stretch open Burnley’s stout defense.

Emmanuel Dennis was signed in the summer of 2021 from Club Brugge and has shown promise in his very first season with the Hornets in the top flight of English football. The Nigerian forward has scored 10 goals and provided 6 assists in 31 appearances in the league so far, top-scoring for Watford by some distance. He is also their joint-highest assist provider, which highlights his importance to the club. Still only 24, he has a very bright future ahead of him, and there is no doubt there will be a few clubs in for him in the summer if Watford are relegated. He scored a goal against Brentford, and followed it up with an assist against Manchester City. He has certainly done enough in recent games to warrant another start on Saturday. A real menace on the break, Burnley defenders will need to keep an eye out for him.

Weghorst is a tyrant of the highest kind. Throughout the 90 minutes, he will torment an opponent’s backline by pressing high, dropping deep, and winning everything in the air that comes his way. If you had to summarize Weghorst’s best qualities in one statement, you’d say he’s lethal in the box and a classic target man, but he’s also a high-pressing forward capable of being so much more. However, the 6’6 attacker is more than simply a goal scorer; he also holds up the ball superbly and brilliantly hooks up with teammates. He’s the type of centre-forward who, via his on-the-ball and off-the-ball presence, naturally draws other players into the game. He came away with a crucial assist last weekend, and will be hungry for more against a very weak Watford defense. 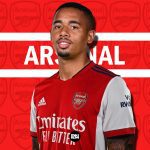 Profiling Arsenal target Gabriel Jesus: What will he bring to the Emirates?
Next Article 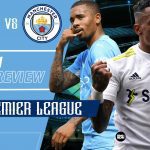