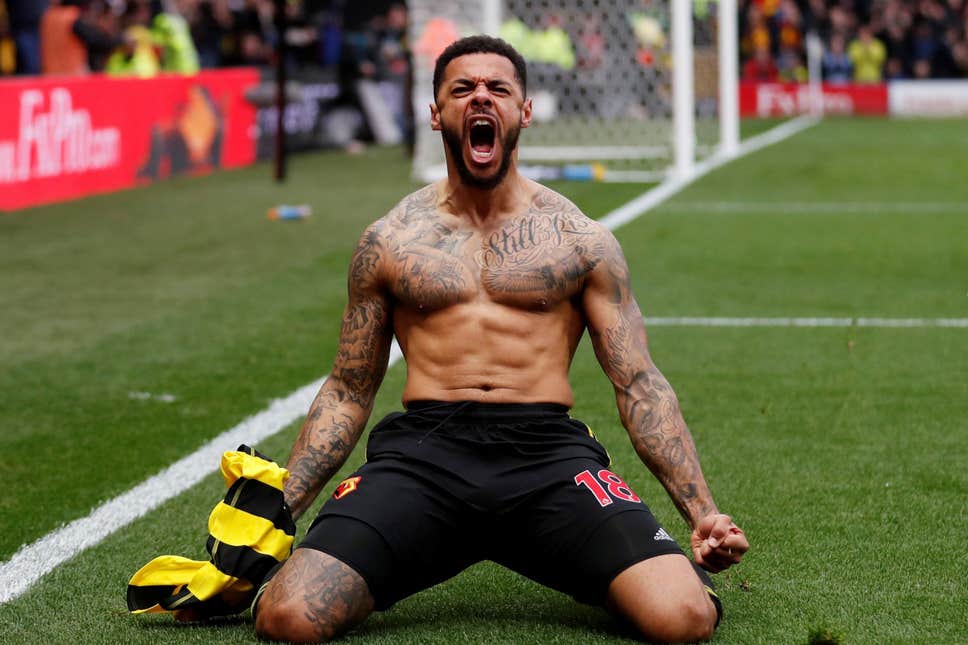 Watford striker Andre Gray believes that black players in England are disliked by many in the country and says that footballers should keep protesting ‘until something changes’.

The recent death of George Floyd at the hand of a police officer in the USA has led to protests around the world. Many football player and clubs have come out together for the cause. Gray claims that racism is widespread in the UK and black players are discriminated. He wants players to continue with the protests ‘until something changes’.

“Us as black players, we make a lot up of the football world. We’ve got some of the best players that are playing for England.

“So we’ve got a platform to do it. Again, things have to change because, especially the boys that are playing for England, for me they get discriminated a lot.

“I feel like half the country does not even like them because of the colour of their skin.

“It’s that same thing, people will resort back to racism when things are not going well when someone misses a chance or whatever. When it’s going well, you’ll be the hero.

“That’s what needs to change. We need to keep our foot on the gas and keep pushing it.

“If it means not playing, then so be it because at the end of the day I don’t think England would be the team it is now without black footballers. So we’ve got the power now and we need to push it.”

First professional hat trick 🙏🏼. A bittersweet moment personally as there are more important things going on in the world today that we must address and help make a change. We have to come together as one & fight for justice. We are stronger together! ❤️ #JusticeForGeorgeFloyd 🙏🏼 pic.twitter.com/ntOtwOySCO

Gray wants the top players to use their profile to support the cause and is happy that they are coming out in support. Many Bundesliga players including Sancho and Thuram celebrated their goals by revealing a message for justice for George Floyd. When asked if he would do the same, Gray replied:

“Yeah, 100 per cent. Look, we can’t take our foot off the gas, we need to keep speaking up about it, keep exposing it.

“I think us as footballers, we can keep pushing that, as well, and keep making people aware of it and that we’re not going away.”

The 28-year-old striker joined the Hornets in 2017 from Burnley and has been an important figure for the club since then. He has made over 90 appearances for Watford and has scored 16 goals. The English forward has mostly made substitute appearances this season, which means he has managed just over 8 mins per game this season.