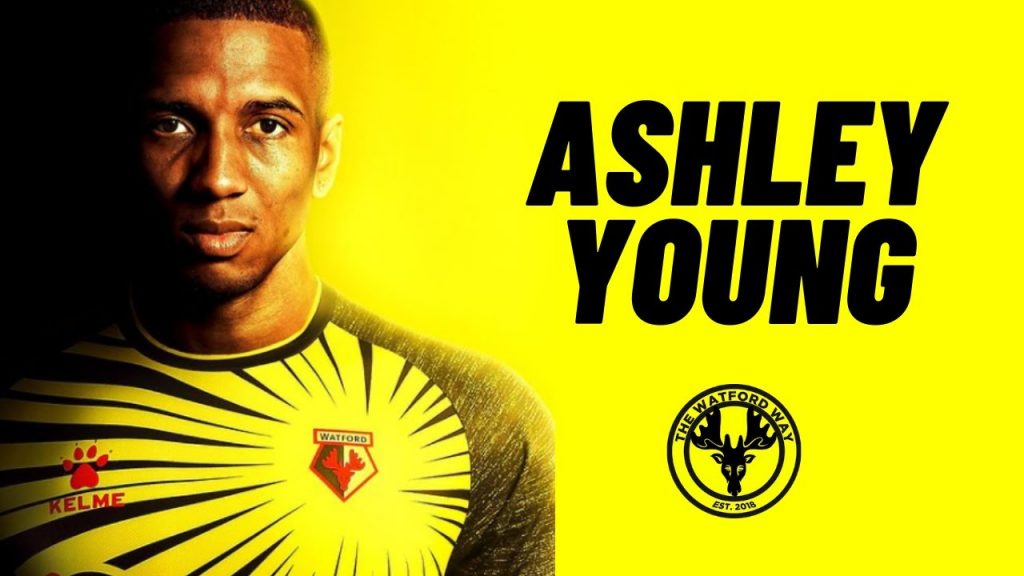 Watford links to bring Ashley Young back at Vicarage Road has been on the rise for some time now, especially since Young admitted a return to his boyhood club would be “difficult” to turn down.

Speaking with Skysports, the 35-year-old said last week: “I’ve never said I wouldn’t go back. It’s the club where I started at 10 years old but right now there is nothing. My representatives have not spoken to me about it. It would be a difficult decision to make.”

And things have escalated since;

Ashley Young’s contract with Inter Milan is set to run its course at the conclusion of the ongoing campaign i.e. June 30th. And unless he pens down an extension at San Siro, Young can leave the Serie A winners as a free agent.

According to FCInterNews, Ashley is living his final weeks in Italy with a keen eye over a move back to England. Having kissed the Scudetto with Inter, Young ‘will most likely’  board a flight back to England in the upcoming summer, as Watford are said to be ‘courting him for some time.’ There are claims that the London-based club have already sent their ‘first official proposal’ in the ‘last few hours’ which includes annual earnings of €2million with an option of extending the contract by a further twelve months.

Although the aforementioned figures are yet to satisfy Ashley Young, there is a keen wanting from both the parties as the former Manchester United man is showing a willingness to ‘deepen the discussion.’

Graduated from Watford academy,  it’d be a dream to come back at Vicarage Road after all these years and nevertheless in a side just promoted back into the Premiership owing to some impressive performances in the Championship. He will certainly be an example for the budding youngsters at Watford, on and off the pitch.