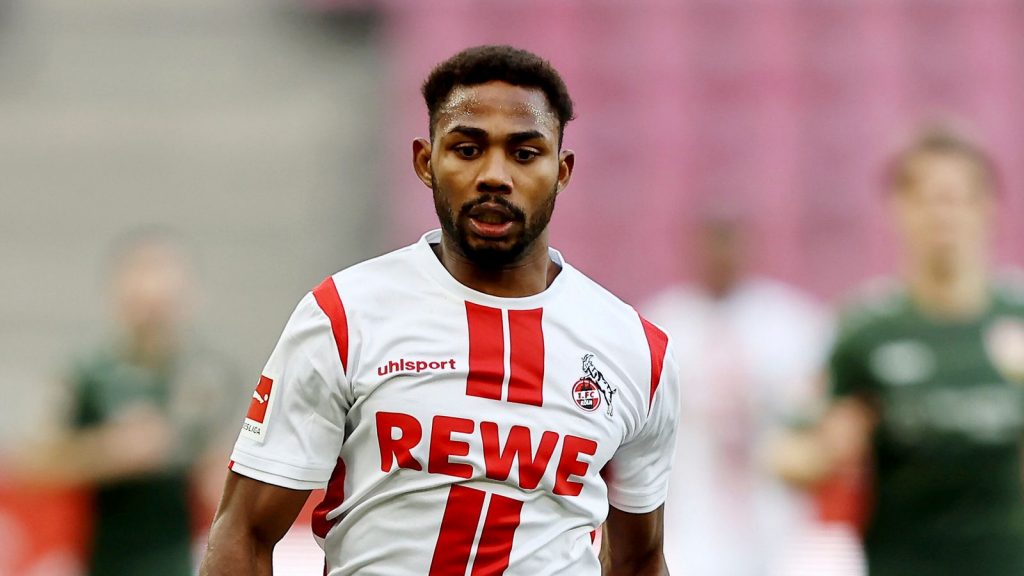 It has been announced by the reputable journalist Fabrizio Romano that the controversial two-time Nigerian invitee Emmanuel Dennis have signed for English topflight side Watford from Club Brugge, with the official confirmation been seconded by the club.

“An agreement with Club Brugge has been reached for the transfer of exciting young forward Emmanuel Dennis. Watford FC is delighted to confirm,” the Premier League side wrote on their website. “The 23-year-old Nigerian spent part of last season on loan in Germany’s Bundesliga with 1. FC Koln, having first joined the Belgian top-flight side in the summer of 2017.

“A scorer of 27 goals in just over 90 club appearances for Brugge, he has featured in both the Uefa Champions League and Uefa Europa League.

“The Hornets are currently finalising personal terms with the pacy striker – capped twice by Nigeria so far – who began his professional career with some experience as a teenager in the Ukrainian Premier League with Zorya Luhansk.”

Congratulations to @DBachmann1 for reaching the Last 16 of #EURO2020 with Austria this evening! pic.twitter.com/1CzNIRCmOu

Emmanuel Dennis has been handed a five-year contract, signing a deal until 2026. Ironically, the signing and the length of the contract awarded to the Nigerian-born forward could arguably be considered a great risk by Watford.

The controversies surrounding the young forward had played some disappointing role in the stagnation of the player’s development, since coming into the limelight at the Belgian league. His brace which earned Club Brugge (against all odds) a surprising draw against the Spanish giants Real Madrid in the Champions League conjoined with his eye-catching performances in the early period of his time at Club Brugge have continually been overshadowed by his misconducts at the club.

The famous incident preceding Club Brugge’s Champions League match against Borussia Dortmund, where he refused to get on the bus because his preferred seat was occupied by one of his teammates, can be highlighted as one of his occasional negative attitudes.

After losing his place in the team, he was sent on loan to FC Cologne last season, and unfortunately, the loan spell turned eventually turned sour, as he couldn’t strengthen his chance to regain his form at the Bundesliga side. Eventually, things got worse for the 23-year-old forward, as he was left out of the team by coach Markus Gisdol until the coach was replaced in the latter part of the season by Friedhelm Funkel, who only managed to play him once.

He was given his lone chance against Bayern Leverkusen and his performance couldn’t persuade the coach to take the risk of playing him afterward, including during the relegation playoffs battle.

The former Cologne sporting director Horst Heldt made a damning comment over the loan signing of the Nigerian, as he reviewed in a recent interview with Mobil Express, saying: “He’s not an easy guy. We knew about this problem, but we took too much risk. We misjudged that,” Heldt admitted to the German sports website in early June. “Dennis caused a stir because his behaviour was not what the squad needs to be doing. We then dropped him because our priority was the group. “That was a bad transfer, that is my responsibility.”

Definitely, the Hornets’ fans will have a lot to anticipate, concerning the addition of the controversial and exciting young forward.

The Premier League club have also tied a deal with the soon-to-be free agent Ashley Fletcher, who will be joining the club from the Championship side Middlesbrough on July 1 when his contract expires. The player’s signing will improve the attacking option which also includes Joao Pedro, who was the club’s central striker (though he didn’t get to play as an out-and-out centre-forward).

Joao Pedro played often like an inside forward, drifting in and out occasionally.

How the Hornets manager Xisco Munoz tends to integrate and get the best of his attacking options, especially the Nigerian forward is yet to be known but definitely, the manager will be more than happy to get the best version of his new signings.