Premier League is back in action this week after three months with Watford hosting Leicester City in their first fixture of the resumed season.

This game was originally set to be played in mid-March but it was postponed due to the coronavirus pandemic. The Hornets are 17th in the table and are ahead of Bournemouth on goal difference. Leicester City are third in the table, seven points behind second-placed Manchester City.

Nigel Pearson’s side have just 27 points from 29 games. A win against Leicester City would put them in a good position to escape relegation if teams above them drop points in the later stages of the competition. Watford have won just one game in their last five games that came against leaders Liverpool.

Watford are struggling due to injury concerns with Gerard Deulofeu, Daryl Janmaat and Isaac Success all sidelined for the next game. Adam Masina, Will Hughes, Kiko Femenia, Craig Cathcart and Roberto Pereyra are also doubtful for the clash. However, it’s possible that all of them can be available for Pearson to be picked on Saturday. Ben Foster remains the number one choice for Nigel Pearson this season and will surely start on Saturday. He has nine clean sheets in the Premier League this season and has made 89 saves in 29 games as well. 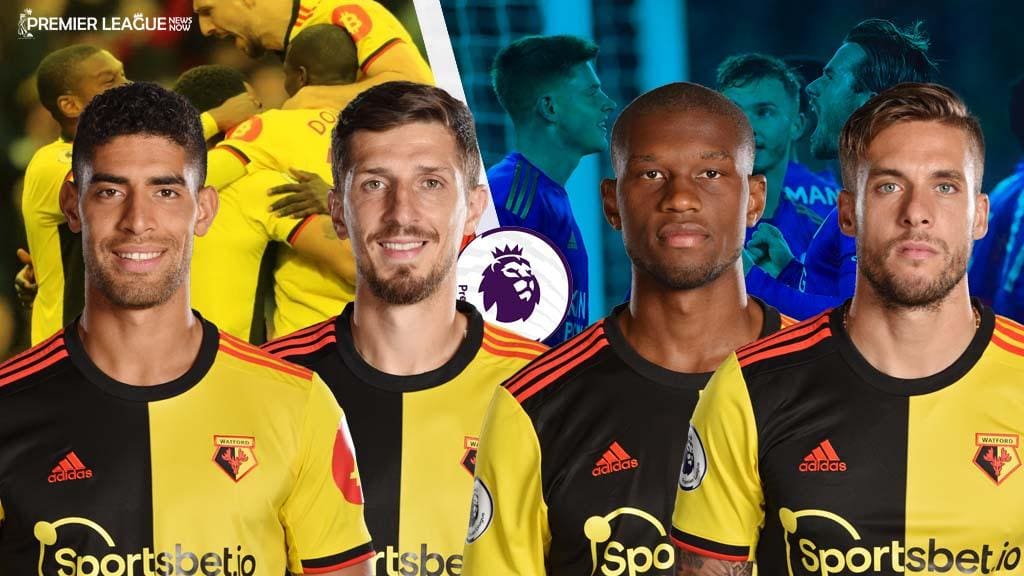 Adam Masina will start as usual as the left-back under Pearson. He has been a regular starter under Pearson and has featured 17 times in the Premier League. He has a tackle success rate of 58% and we predict him to start this weekend.

At the Right-back position, Kiko Femenia gets the nod as usual. He has started 17 Premier League games under Pearson. He has been an important part of the Watford squad since joining the Hornets from Deportivo in 2017. Will Hughes and Etienne Capou will start as the two pivots in the double pivot formation Pearson will very likely deploy. Capou is more defensive-minded and he will allow Hughes to move forward and help out the attackers. After initially refusing to train due to safety concerns, Troy Deeney is back in training and will start on Saturday. Despite scoring just six goals this season, Deeney is the best Pearson has got. 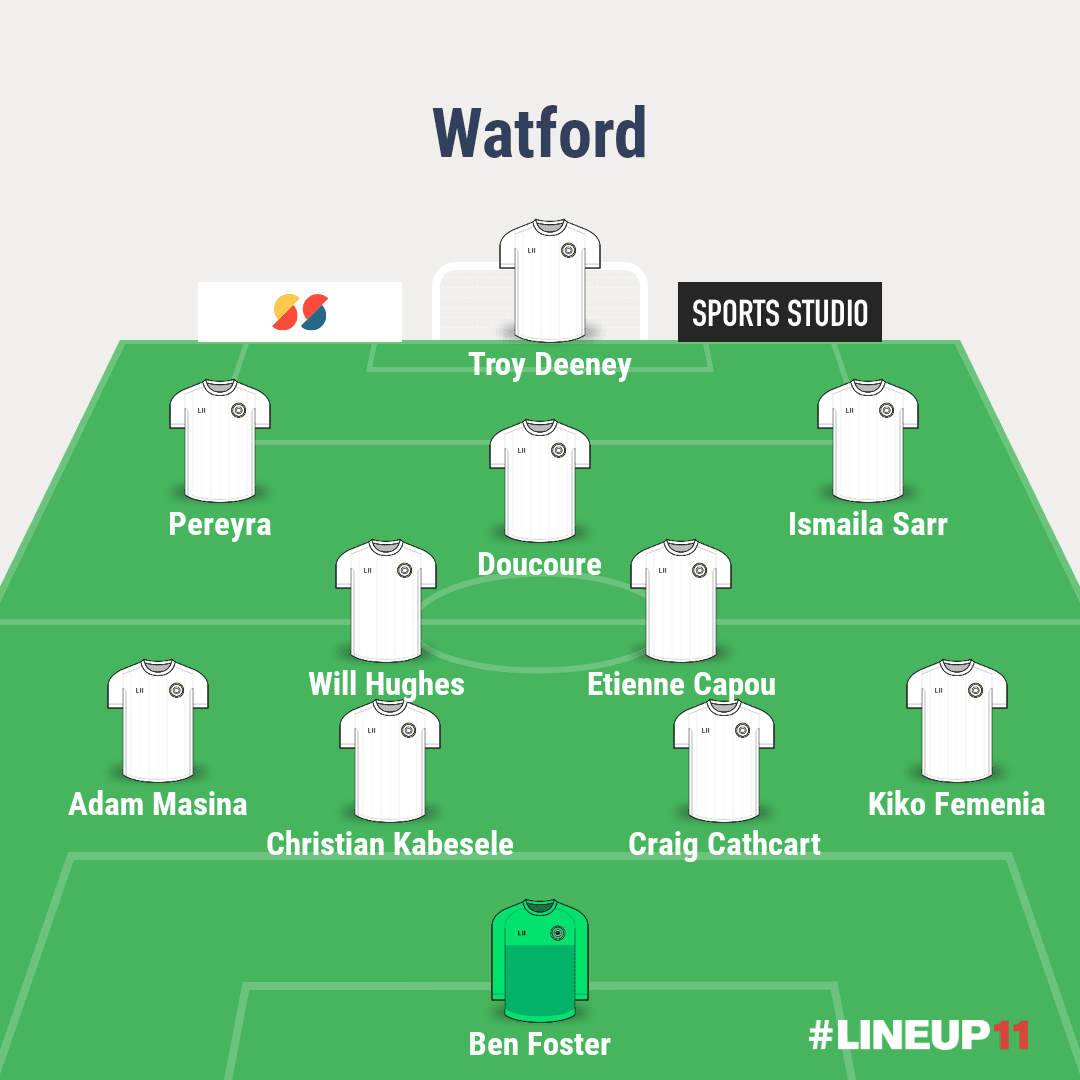