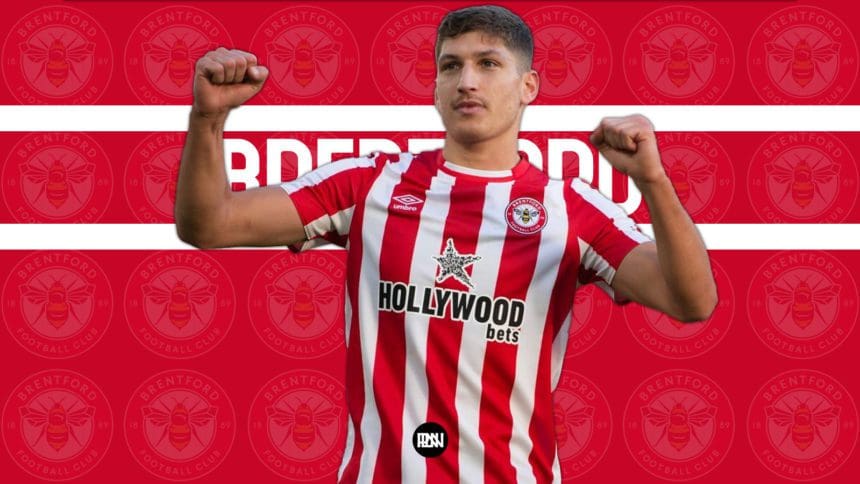 On 3rd October 2020, Brentford announced the signing of young German midfielder, Vitaly Janelt, from VfL Bochum for a fee of around £500k. Whilst Janelt was initially regarded as a backup option for the then-Championship side, an injury to Christian Norgaard allowed a path for Janelt to emerge as a midfielder with decent playing time. In fact, by around the halfway point of the season, Vitaly Janelt integrated himself into the starting lineup and retained his place throughout the season and even starred in the playoff final, winning the game and helping his side up to the Premier League.

Since then, Janelt has continued to be a highly influential starting player in the Brentford side and still maintains his brilliant level of play.

But what makes the German man in midfield so brilliant? Let’s take a closer look;

Without a question, one of the best midfielders to read the game effectively and seek out danger in the Premier League is Vitaly Janelt. He is not the most inventive playmaker and is unlikely to assist a teammate extraordinarily, but his most notable quality is his unwavering commitment to intercepting passes and winning the ball back using ground tackles, slide tackles, or just pure physical might. In terms of aerial duels, where Janelt consistently outfights opponents and nearly always prevails, ground duels, tackles, blocks, interceptions, and pretty much every other defensive stat, he is statistically extremely close to the league average. Vitaly Janelt, despite playing in midfield, positions himself almost like a central defender as his team waits in the box for the opposition to attack.

Janelt is one of Thomas Frank’s most devastating weapons when pressing high up the pitch. Janelt typically emerges with possession whenever he chooses to go and pressure the player who is in control of the ball. His pressure is successful in forcing the opponent to give the ball back as well as moving the opponent’s possession to the sides, where they are often taken by another Brentford player. Additionally, he rarely commits careless fouls in risky areas and times his tackles and interceptions efficiently. He can also be a threat off the ball because of his intimidating build, taking the ball back from players who aren’t as adept at handling pressure or who aren’t paying attention long enough to see the German monster appear in front of their very eyes.

Janelt’s footwork skills aren’t the best in the Brentford team, but they’re not the worst either. In the Premier League, he now averages an 80% passing accuracy, which is low compared to other players, but the context of his role enables us to comprehend why this number doesn’t quite jump out in comparison to his rivals. Brentford does not pride itself on positional play, gradually building from the back, or value midfielders with elite passing range. Instead, they are based on the idea that they will launch an immediate attack as soon as they recover the ball after forcing an error from the opposition.

Janelt’s passing statistics aren’t the best because of this tactic; the Bees’ attempts to build from the back are when Vitaly Janelt performs at the finest. Although he is not the most aesthetically beautiful midfielder, Janelt performs well under duress. He is a physically intimidating player due to his bulk, but not the most elastic. With his exceptional left foot, he can play short passes, and precision long balls to specific individuals, and when he wants to advance the play, he can play a progressive pass just as well as any other Brentford player.

Vitaly Janelt doesn’t move the ball over great distances. Instead, the ball continues to roll around on his feet for two or three touches before Janelt finally makes a choice, which is typically the right one. Due to his physical strength, Janelt does a good job of maintaining the ball under pressure, making it very challenging to win the ball from him. He rarely tries passes between the lines, which explains why he records so few important passes. However, this illustrates a positive: He is aware of his shortcomings and gives priority to the skills he possesses, such as the short pass or a pass to a teammate who is facing away from the goal.

Janelt’s ability to outsmart defenders and receive the ball in a wide-open area is one of his greatest assets. As a result of his off-the-ball runs, opponents are essentially unable to track him during the entire game, either because he fooled them with his movement or because he simply won’t stop moving. He has a serious workaholism problem. He can run up and down the entire field to protect against counterattacking situations when it’s time to play defence. Vitaly Janelt can track back, locate his man to mark, and even tackle them to stop them.

On the other hand, while not frequently, he typically analyses the pitch before receiving it. Because he cannot occasionally anticipate the passing routes, he may lose the ball by pushing it up the field. Janelt is particularly challenging to manoeuvre around, whether by passing or dribbling. Every time the opposition tries to pass the ball between the lines, his intelligence makes him a wall. In addition, he frequently poses a threat to the last line of defenders. If the opposing midfielders fail to mark him, Vitaly Janelt is highly incisive and will take advantage of the box to try to score a header.

Although Janelt’s position at Brentford is not the most prominent, it is one of the most crucial ones on the field. The German typically plays on the left side of Frank’s signature 3-5-2, but he can also adjust to more advanced roles when Frank needs to improvise and look for a draw or a comeback, or even move onto the right side of midfield when Brentford occasionally forms a 4-3-3 with the ball.

Frank plays with a counter-pressing philosophy. The Danish coach prefers that his team win the ball back in advanced areas so that it can be in the penalty area in a matter of two or three touches, or three to four seconds, as opposed to necessarily denying the opposition possession. Things don’t significantly change as Brentford must defend both in their high-pressing zone and in their half of the field: Janelt stays on the left side of the field. Nevertheless, Vitaly Janelt is the midfielder who frequently advances to initiate pressure and joins the other attackers to recover the ball.

When Brentford attempts to rob the opposition of possession in the final third, he occasionally adopts a stance that is almost identical to an attacking midfielder. Janelt sets up on the left side of the pitch when Brentford defends in their half against a team that attempts to gradually develop possession. To get close to the ball, Janelt positions his body effectively. He then uses his intelligence and positional awareness to wait for his opponent, predict his movement, and recover the ball. His excellent defensive positioning while being just one or two metres from his box and attempting to thwart a scoring opportunity is one of his greatest skills.

When the team recovers possession of the ball and is in the opposition box, Janelt performs one of three roles: assisting his wingback as a pivot or a decoy to draw in and displace opponents, receiving and crossing the ball with his first touch. The German might also be waiting for a chance to take a shot at the edge of the opposing box, or he might even suddenly appear inside the box to provide a surprise offensive option.

Janelt is primarily a mental warrior. He offers the leadership, focus, and limitless energy that this Brentford team so desperately needs. Vitaly Janelt almost always lasts the full 90 minutes and never loses his cool, as if his batteries never run out. While he is undoubtedly not the most attractive player, the manager who has him at his disposal will not only use him but also adore him. His work for Brentford is commendable and given that his contract is slated to expire in 2024, major league teams will undoubtedly be keeping an eye on the German workaholic.

Janelt is a player who, like everyone else, has flaws but is smart enough to make up for them and highlight their advantages. His ability to press high up the pitch, together with his focus and awareness to anticipate passes and win the ball back, have made him a starter in the Premier League at the age of 24 despite having lots of potential for development. Even better things are in store for Vitaly Janelt in 2023 and the future.

João Félix: Another piece to a complicated Chelsea puzzle
Next Article 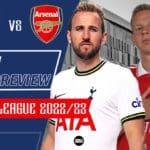