Its D-day for Manchester United and Villarreal as they go toe to toe in the final of the UEFA Europa League here in the city of Gdansk, Poland. Both teams have had a contrasting Europa League season. While Man United have destroyed everyone in their path to be here, Villarreal have edged past teams and have gotten to the finals under the expertise of 3-time UEL winner Unai Emery. It is all perfectly setup for an exciting finale with two teams that have put on a show of quality football this season.

For Manchester United, it is a first final under Solskjaer after falling short for the previous four times, getting knocked out of various semi-finals in cup competitions over the last 3 years. It is also a chance for them to end their 4-year drought of silverware. They last won a trophy at this very stage under Jose Mourinho defeating Ajax in the Europa League final in Sweden. Now 4 years later, United fans have witnessed a turnaround at the club in terms of footballing style and culture and many will say that the club are in a better place than before despite the lack of silverware.

United have been in great form this season and they showed on Sunday against Wolves that their 2nd place finish was not a fluke, as the Red Devils won 2-1 at the Molineux despite almost all of their first-choice players rested. They will be hoping to top off the season with a win against Villarreal and mark this season as a successful one.

For Villareal this is a chance to get into the Champions League after a mediocre first season under Unai Emery saw them finish just 7th, 2 positions worse than last season. Emery was brought in to challenge for the top 4 places and the Spanish club failed to do that. However, Emery is a UEL specialist and he will be confident of taking his team to the Champions League with yet another Europa League win for the Spanish manager.

Villarreal looked in control against Spanish giants Real Madrid last Saturday on the last day of the La Liga season, and they were leading 1-0 for most of the match. However, two late goals from Benzema and Modric gave Real the win and condemned Villarreal to their 10th defeat of the league. However, the display from his defence would’ve given Emery some hope of containing the devastating Man United attack consisting of Edinson Cavani, Marcus Rashford, Mason Greenwood and Bruno Fernandes.

Manchester United captain and main centre-back Harry Maguire is still a huge doubt for the final, having missed the last four games with an ankle ligament injury. He did not train with the squad on Tuesday either and it seems unlikely that he will feature in the game. The Red Devils travelled to Gdansk without French forward Anthony Martial – he is still recovering from a knee injury – and Phil Jones, who has been suffering with a long-term injury. 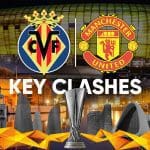 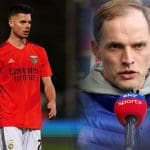