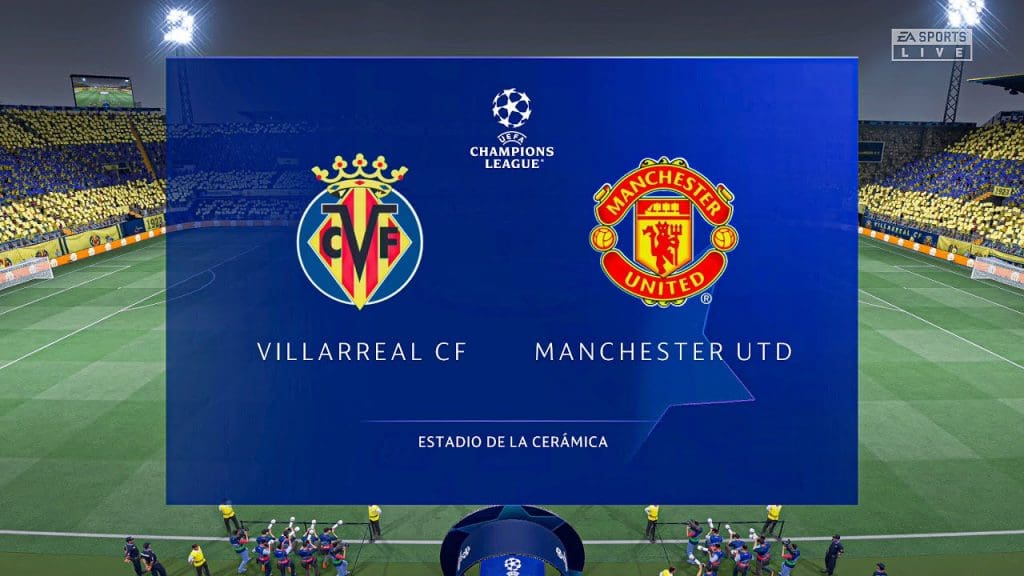 Villarreal have had a very poor start to their season, and the Unai Emery-led Spanish club now finds themselves in 12th place in the La Liga, 10 points adrift of the 4th place, after just 12 games. The Spanish club has played 9 games in all competitions since they last faced Manchester United, winning just 4 games, with 2 in the UCL against BSC Young Boys. They have won just twice in the league since facing United nearly two months ago, and have lost thrice and drawn twice. Villarreal finished last season on a strong note, with a 7th placed finish and a win in the Europa League final. However, it seems they have failed to carry their form into this season, and now are languishing in the bottom half of the table. Their European form has been their saving grace, with the Yellow Submarine level on points with first-placed Man United heading into Tuesday’s game, and with a real chance of taking the top spot.

It was an end of an era on Sunday when Ole Gunnar Solskjaer left his post as the Manchester United manager after nearly 3 years in charge of a club where he acquired legendary status as a player. The Norwegian left the club after a string of poor results left the club 7th in the standings, 12 points from the top spot. Saturday’s 4-1 shock away loss to Watford was the final nail in the coffin for the owners, and an emergency meeting was reported to have taken place in the aftermath of the game, with the decision to terminate Solskjaer’s contract taken with mutual consent.

Former player Michael Carrick has now stepped into the interim manager role, as the Man United bosses look for a suitable manager to take the hugely talented squad Solskjaer built, forward. It will be the start of a new era, and it starts with a Champions League away game against Villarreal on Tuesday night.

VILLARREAL TO TAKE ADVANTAGE OF AN UNSETTLED UNITED?

United fans and players alike were left shocked and stunned at what was a humiliation at the hands of Watford, a team that was expected to be shrugged off by the sheer talent and quality of the Red Devils. However, the Hornets dominated the entire game, and did not once look in danger against the superstars of Man United. Villarreal will no doubt take some solace from the fact that the mighty Red Devils are all over the place right now, and are there for the taking.

The Yellow Submarine could get the upper hand in the fight for the top spot in Group F of the UCL, with a win on Tuesday night. They were quite unlucky to lose to United at Old Trafford in the reverse fixture. The Spanish team led by a goal to nil for most of the game, but two moments of quality snatched a win from their mouths, with Cristiano Ronaldo scoring a last-minute winner for the Red Devils back in September. The visitors were much the better team, and came close to scoring on many occasions, but were thwarted by the brilliance of United goalkeeper David de Gea, who has been in exceptional form this season.

With a home advantage to boost them too, the Spanish team have no better chance of again dominating the game and getting a win. With United reeling after two consecutive losses and what was an utter embarrassment, Villarreal could take control of the Group with a win here. United have been tactically inept for most of this season, and Unai Emery will be hoping to get a good result here and qualify for the Last 16 with one game to spare.

Villarreal will be eager to face an inconsistent and unsettled United team on Tuesday night. The United defense is in tatters right now, with their backline conceding 11 goals in the last 4 games. However, as they experienced the last time out, they will have to take their opportunities and be clinical in front of goal, as United have the ability and the quality to come back.

CAN UNITED BRUSH OFF THEIR MISERY TO QUALIFY FOR THE LAST 16?

Manchester United are in the midst of a crisis. With the hopes of a league title all but gone, Saturday’s loss put doubt on their ability to even make top 4. However, United fans and management will be wary of writing off the season just yet. With a majority of the season still to go, they will be hoping for an upturn in form and playing style to salvage anything out of this season. Many will be looking towards Chelsea, who like the Red Devils, parted company with their manager midway through the season, with the club in ninth place. A stroke of genius from the club management with the appointment of Thomas Tuchel however, saw the Blues go on a brilliant run for the rest of the season, and it culminated in a Champions League title. United management will be hoping for something slightly similar, as the search for the right fit goes on.

However, all eyes will be on Michael Carrick and his players on Tuesday night, and their ability to shrug off the disappointment and misery of recent weeks. United have one of the best squads in the league on paper, but the team has not lived up to its potential yet. The Champions League offers a chance of putting together some decent results, and with a relatively easy group to deal with, should make it comfortably to the last 16.

While United have not been at their best in any way whatsoever, they will look for support from the fact that Villarreal themselves have been very underwhelming. They have had a similarly poor season so far, and are themselves in a tough spot, with just 2 wins in the last six games. United have a superior squad in terms of quality and depth, and although it will not be enough to propel them to a win, it could certainly help them.

A win against Villarreal on Tuesday night would provide some much-needed confidence for the Red Devils, and would also give them some momentum ahead of a clash against Chelsea on Sunday. With Carrick now appointed to steady the ship, it remains to see if his appointment also heralds some tactical changes and a change in their overall style, and a win in Spain would undoubtedly be a step in the right direction to recovering from what has been a dismal season so far.