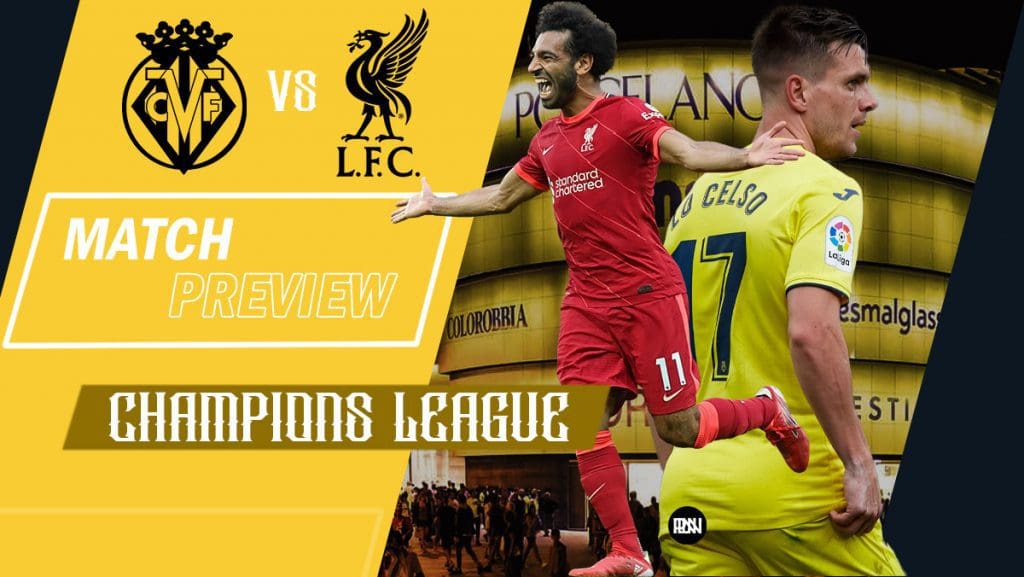 It is the 2nd leg of the semi-final between Liverpool and Villarreal. The two sides lock horns for one last time, this season, in the battle to book their spot for the showdown in Paris.

Jurgen Klopp and his men showed their supreme authority the last time these two sides faced each other, in the 1st leg back at Anfield. Emery’s side succumbed to a 2-0 loss, conceding both goals in the second half. Despite having played a much organised defensive game, the Yellow Submarine just could not stop the mighty Reds.

However it may have panned out in the first leg of the tie, it is far from over. Champions League Knockout stages tend to bring the best out of the underdogs, and on some occasions worse out of the strong contenders.

Similar scenes could pan out at La Ceramica if Liverpool loses their bearings. Although, it has not been the case for the majority of the season, but Klopp’s men still have a tendency to play nervy football from the back in turn letting the opposition press them. On the other hand, Unai Emery and co. does not have anything to prove anymore. I mean, why should they?! A team that no one believed in would come this far, have outclassed bigger European clubs to play in the semi-final of one of the most prestigious European competitions in the world.

And now, they would have to do it one last time against one of the best teams in Europe, to reach the showdown. Does Villarreal have the pedigree to overcome the 2-0 defeat and take the fight to their home and do the unthinkable- for one of the remarkable comebacks ever?

Unai Emery is one of the most decorated managers when it comes to European success. But even by his standards, this will be the toughest challenge, where Villarreal will surely look to muster all the support from the home crowd on Tuesday, to help overcome a 2 goal deficit to book a spot in the Champions League Final.

However, it is often easier said than done!

I mean what Villarreal had to offer in this European campaign, was far from magical. It was mesmerising, not just for the Yellow Submarine but also for the footballing fans around the globe. But in truth, Liverpool showcased in the 1st leg that they are not going to take the Spanish outfit lightly, rather they will fight upto the very end.

The Reds are eyeing quadruple this season, and it is clear with their consistent performances on the pitch. The first trophy in the form of the League Cup has already made the fans hopeful for 4, given the position they are in. On paper, Klopp’s men need just 7 more victories to be the first English side to lift 4 silverwares in a single season (hoping City drop points in the league). But on a much larger scale, it will not be easy even for a side like the current Liverpool squad.

All being said, odds favour the travelling Reds, but Yellow Submarine have known to upset these odds in the past. While the home fans will look to breathe down the neck of their visitors on Tuesday, the away camp must come prepared with the art of ‘ignorance’.

Even though it looks done for the tie, it is not over yet. Klopp vs Emery! It is Spain versus England, and Germany vs Spain, all rolled into one. Who will come up trumps? That, we shall surely come to know on Tuesday “Ebening” in Spain.

No matter how large the deficit from the first leg might have been there is no doubt that the foundation, that is the defence, should not lose its bearings. And this could be a mantra for Villarreal going into the game on Tuesday.  Meanwhile, they will have a task at hand of stopping the likes of Salah, Mane & Diaz from scoring. While also having to make sure that they, themselves, do not put their feet of the gas.

With Mane returning to form in the recent past, Emery’s side have another word-class talent to deal with. Likewise seen in the first leg, when the Senegalese scored an easy goal from a beautifully teed up pass by Salah. La Ceramica will have to be a sea of yellow submarines, and hope it is enough to sink the mighty Reds.

Villarreal’s list of absentees due to medical reasons starts filling up again and quickly. Former Liverpool player- Alberto Moreno, Yeremi Pino, & the veteran striker Gerrard Moreno make the top of that list. While Danjuma, too, was ruled out of the last match’s defeat at the hands 0f Alaves, due to discomfort.

However, Emery will look to deport his strongest possible XI on Tuesday, with Pau Torres and Parejo rested and ready to return in the key clash.

Meanwhile, at the away camp it is all merry and joyous. As has been the case for a long time now. Jurgen Klopp has no injury concerns to deal with as such, apart from the fact that one of the senior players in Firmino is taking a little too long to recover from his foot problems.

Other than that the German has a healthy and a fit squad, up his sleeve. Salah, Trent and Thiago will no doubt be seen starting in the game, as the trio was put on the bench in the victory against Newcastle.

MUST READ: Thiago Alcântara – From a liability to a master in Liverpool

Manchester City home kit for 2022/23 season LEAKED!
From cusp of European dreams to about a leg in Championship: What went wrong with Everton?
To Top