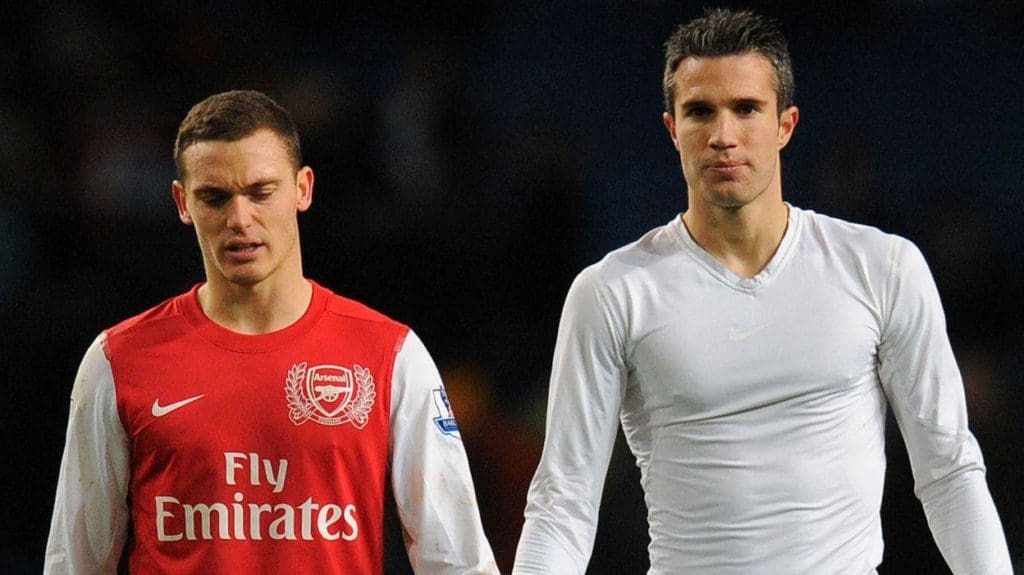 Former Arsenal defender Thomas Vermaelen has revealed that he was a big fan of Van Persie and was disappointed at the Dutchman’s Old Trafford switch.

Robin van Persie joined Manchester United in 2012 after finishing the previous season as the top-scorer. He helped United win the Premier League and the Community Shield in his first season. He also won the Golden Boot that season. Vissel Kobe defender Thomas Vermaelen revealed that he wanted the Dutchman to stay and the transfer came as a shock to him.

“It was a surprise he left,” Vermaelen told Arsenal’s official podcast.

“I knew he was going to go eventually but to hear that he’d all of a sudden left for Manchester United was a big surprise.

Van Persie was made the captain in his last season at the Emirates by Arsene Wenger. A similar situation is arising at Arsenal as Aubameyang will be in the last year of his contract next season. There’s no indication from any party about the progress of a fresh contract.

Armando Broja: Can he have his chances when Premier League resumes?
Ander Herrera: ‘I deserved more attention from Man Utd’
To Top