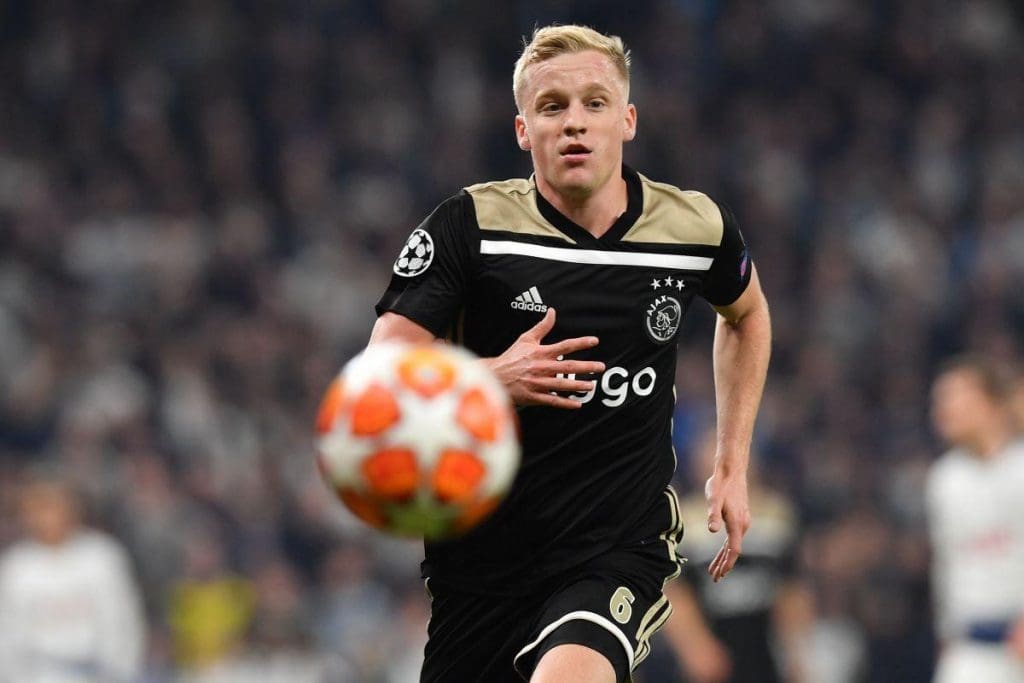 The transfer speculations around Donny van de Beek seem not to be going away anytime soon even after a failed move last summer.

The Netherlands international continues to be be linked with a host of teams from the Premier League and La Liga.

However, a former Ajax player advses that the youngster should snub interest from both Real Madrid and Barcelona as he feels he has not reached that level yet.

Jesper Gronkjaer has claimed that van de Beek’s playing style would be better suited to the Premier League than the Spanish league, amid interest from Chelsea, Manchester United and Tottenham Hotspur, citing that the player has the abilities of current Blues boss Frank Lampard.

“I wouldn’t be surprised to see him at Real Madrid or Barcelona but I would rather see him at a club just below that,” the Dane told Goal. “For his style of play alone, clubs like Tottenham or Chelsea would be a better fit.

“They are still top clubs and he is more like Frank Lampard, that kind of player. He is a big guy, box-to-box and takes good long shots, but he is not as technically gifted as other players that have come from Ajax. He is a player you can always get a certain level from.”

The 23-year-old has heavily been tipped to join Real Madrid in the summer with reports suggesting that there has been a verbal agreement between Los Blancos and the player.

Ajax via chief executive Edwin van der Sar have however indicated that Van de Beek will not leave on a discount due to the coronavirus pandemic.