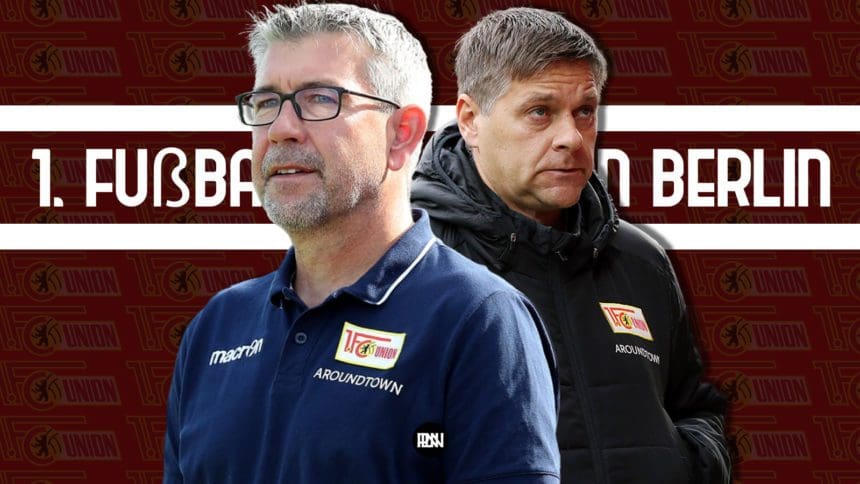 An underdog tale never fails to get attention from people all over the world. The story of developing from scraps, a scenario involving hardships in an ache to get to the top, a narrative of bouncing back despite all the setbacks and unfair treatment. Perhaps people seek inspiration from an underdog tale, and it certainly acts as motivation in every segment of life.

But there’s nothing that matches a good underdog story in football. The success of Denmark and Greece in the Euros and Leicester City’s unlikely title as Premier League champions are both recognized, but most importantly, carved in the football folklore. And now a club from Germany’s most important city is taking huge strides as people are finally taking notice. Union Berlin has been etching for a taste of triumph for over a century, and their ascent to the top of the Bundesliga has been well worth the wait.

Union, though, isn’t like every other club. It is believed that football is made by the fans, and for the fans, but in recent times, this has been far from the truth. The business element has arguably taken over the game and the supporters no longer have a voice. But in Germany and especially at clubs like Union, the case is different thanks to the 50+1 rule, as supporters play an important role in running the club.

A club for the supporters

Union Berlin faced plenty of instability since its origin in 1906, but in 1966, Herbert Warnke, a leader of a trade union federation, suggested that a club be established for the workers of Berlin. Although they achieved a couple of trophies in the first few years, minor success followed, as they were even relegated to the fourth tier in the seventies and eighties.

In the 1990s, Union was elevated to the 2. Bundesliga, but tragedy struck once more. Unfortunately, they lacked the resources to take part in the league. Additionally, after making the DFB Pokal final and earning a spot in the coveted European competition in 2001, they were once again relegated in 2004 because of financial difficulties. One might wonder how many hits a club can take before ultimately pulling the plug. For Union, there was progress, but the progress meant nothing since they were unable to compete despite showing their ability on the pitch.

But like every underdog story, an unlikely savior would arrive at the right time, a time when the protagonist least expects it. While Union were like a yo-yo club, where nothing was constant, one thing remained the same throughout. Their ever-lasting supporters. 2004 was an important year, first to regain stability, secondly to understand why Union are a club for their ever-present fans.

During the turbulent year, Union faced difficulties financially again, but this time they were on their way to becoming dissolved. But up stepped Dirk Zingler, a lifelong supporter of Union Berlin and a constructor entrepreneur who saved the club from extinction. Well, not all heroes wear capes. Along with his contribution, Union fans themselves pitched in and provided massive funds to rescue the sinking ship.

In order to make up the shortfall, supporters launched a campaign dubbed “Bluten für Union” (bleed for Union) where they donated blood to provide money for the club. Further, in 2008, several supporters rose to the occasion and helped in renovating the stadium free of cost. But at the heart of everything is an authentic, historical passion for football and a feeling of how it brings a community together despite indifferences.

After all the adversity and drama, Union’s results on the pitch gradually started to improve. They were promoted to Germany’s second division in 2009, but this time around, they solidified their position in the second tier. However, a series of mid-table finishes without improving and aiming higher came into criticism. During the 2016/17 season, when Union Berlin celebrated their 50th anniversary, manager Jens Keller called for more ambition among supporters and the management alike, and what followed was an overwhelming reaction and a step into uncharted territory. Of course, they were called ‘The Irons’ for a reason.

Urs Fischer was appointed the head coach of Union Berlin ahead of the 2018/19 season. After an 8th place finish in 2018, the iron started to rust, and they needed some fresh coating in aid to push themselves and achieve an unprecedented dream of arriving in the Bundesliga for the very first time in their history. And along with Fischer, Union’s chief scout Oliver Ruhnert was promoted to the role of Sporting Director. Ruhnert worked in the scouting department for FC Schalke for over a decade and together, they devised a plan and finally found the route to the coveted treasure.

Striker Sebastian Andersson was signed from FC Kaiserslautern on a free transfer, while center-back Marvin Friedrich arrived from FC Augsburg for just £1 million. The two players were a vital cog in Fischer’s machine as Union started the season in style. They tasted their first defeat in the league only in December as the fans began fantasizing about their presence in Bundesliga.

History of Union though suggested that supporting the club is like a rollercoaster ride. After starting the campaign smoothly, they suffered a massive dip in form during March and found themselves down in 3rd at the end of the campaign. They needed to face top-tier club and 5-time Bundesliga champion VfB Stuttgart in a playoff final to secure their status in the top-flight.

Standing true to their nickname, the Irons showed mettle and finally reached the unprecedented destination. The 20,000 fans in the Stadion An der Alten Försterei, along with several Union supporters watching, celebrated like there was no tomorrow in the busy streets of Berlin. However, getting into the Bundesliga provided a distinct challenge. Union were termed as relegation favorites, due to their lack of experience and funds at the top level. But Fischer and Ruhnert had other ideas.

“It was clear to us that we also need players who know the Bundesliga & help other players to reach a different level,” revealed Ruhnert after signing 15 players including experienced Bundesliga profiles in Anthony Ujah, Christian Gentner, and two-time Bundesliga champion Neven Subotic. While there are examples of several clubs struggling to integrate new signings, Union only recruited players that were tailor-made for Fischer’s system.

Laying a solid base in the Bundesliga

After a solid first season under their belt, Union further signed 14 and 17 players in the following campaigns. And once again, success followed, but this time the achievements were only bigger. A 7th-place finish in 2021 was followed by a 5th-position finish in Bundesliga last season. Their fans now travel across Europe and watch their team play some of the biggest teams in the continent. Union dreamed of a place in the Bundesliga but playing in Europe during their third season in the top-flight is something even the most optimistic of supporters wouldn’t have believed.

Moreover, Union spends the least money per point in the Bundesliga on average. And that is exactly what makes them special. Along with experienced campaigners, Union works to maintain a steady flow of players throughout the squad. Due to Ruhnert’s keen eye for spotting players, the club have also couped several of the emerging talents from the second tier for a cheap price. Nonetheless, these players must suit the manager’s style of play, and this has been an underrated yet crucial aspect in their recent success at the top.

Union made £6 million profit on start striker Sebastian Andersson when they sold him to FC Koln. Following this, they signed two players to replace him, first the experienced Max Kruse on a free transfer and second youngster Taiwo Awoniyi on loan. Kruse became a cult hero at the club and his performances were key in Union achieving a 7th-place finish. He left the following season, but the mantle was now passed to Awoniyi.

The Nigerian striker is renowned for his presence up top and ended the 2021/22 season with 15 goals. A £6.5 million investment paid excellent dividends and, as a result, he was sold to Nottingham Forest for over £17 million. And now they have replaced him with Jordan Pefok for a free transfer and he has already scored thrice and assisted thrice this season.

Why does Union have a track record of making successful transfers? Well, there are two reasons for this, apart from recruiting players as per Fischer’s system. One, the positive environment around the club, the support from the fans, and two, the long-term stability at the top of the management. The second factor is often undermined in the football world, as managers and sporting directors are sacked if results don’t pan out the way they expect.

Speaking on this topic, President Zingler said, “Oliver Ruhnert is also here for the sixth year. Continuity at the management level – that is the be-all and end-all. Then you will achieve stability, be successful and get to the next level.” Urs Fischer was also awarded a contract extension last month as his team are currently top of the pile in the Bundesliga.

Since 1966, Union have followed the path not taken by many others and gradually made its way from a provincial backwater to a famous establishment. From almost becoming extinct to being the league leader in Germany’s top footballing tier, with a special place for drama and suspense in the middle, is a story to remember.

The evolution of the club is a remarkable tale. They have come from the fringes of German football to sit alongside such great German clubs as Borussia Dortmund and Bayern Munich. Union Berlin’s rise serves as a brilliant reminder for any supporter that football still has the romantic essence that we rave about, but it will be one that can never truly be won again. Unlike other clubs, Union Berlin is certainly a club by the fans, for the fans, and of the fans. 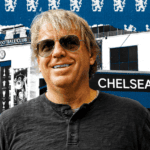 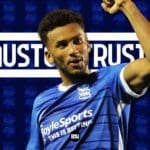