Turkey is in good shape heading into Euro 2020, having bounced back from relegation from the Nations League with a strong start to World Cup qualifying.

Senol Gunes, who infamously led Turkey to third place in the 2002 World Cup, returned to the international hot seat for a second time after the departure of Romanian great Mircea Lucescu in early 2019, and he breezed through the qualifiers for this summer’s event.

In Euro 2020 qualifying Group H, the Crescent-Stars pipped England’s 2016 conquerors Iceland to second place, with France clinching first place, denying the continent another great performance of the Viking Thunder Clap. And Turkey will bring their own spectacle to the table, although this time it will be on their home territory.

After exiting the 2016 edition in the group stages, Turkey will attempt to build on their third-place performance in 2008 and punch above their weight at Euro 2020, having been known to play a firebrand style of football that is synonymous with their country. Ay-Yıldızlılar, led by their influential captain Burak Ylmaz, will go into the campaign with a mix of experienced players and a youthful unit that will try to set the competition on fire this time around.

At the age of 35, many players do not make it into Europe’s top five leagues for the first time in their careers. Burak Ylmaz, on the other hand, isn’t one of those players. Yilmaz has had a huge impact on Lille since moving from Besiktas to Lille in 2020, as demonstrated by their title charge this season.

Yilmaz was a standout in Lille’s Ligue 1 championship defence, scoring a club-high 16 goals while developing a solid and clinical partnership with Jonathan David, a 14-year-younger forward who sits just one goal behind him with 13 goals. Given Yilmaz’s explosive form and expertise, Calhanoglu will be salivating at the idea of seeing him up this summer.

Given the growth of such a rich seam of talent in recent years, Turkey should at least achieve that feat, as their group appears to be an open invitation to join hot favourites Italy in the last 16. The Crescent-Stars will have a trio of Ligue 1 champions from Lille, much-loved defenders such as Juventus’ Merih Demiral and Leicester City’s rock-solid Caglar Soyuncu, and a variety of gifted midfield options under a talismanic manager.

They are clearly a team capable of impressing, but they have a number of young players who may have stage fright with their country’s dreams on the line. Nonetheless, Turkey’s legendary fans can be increasingly hopeful of a good summer, with a spot in the last eight not out of the question, but a possible unfavourable last 16 draw potentially ensuring their elimination.

However, Turkey are predicted to at least qualify for the last sixteen but may spring no surprises if they make it to the quarter-finals given their form and quality. 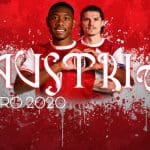 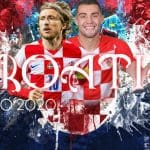 EURO 2020: Croatia – Can they repeat the successes of the 2018 World Cup again?
Leave a comment