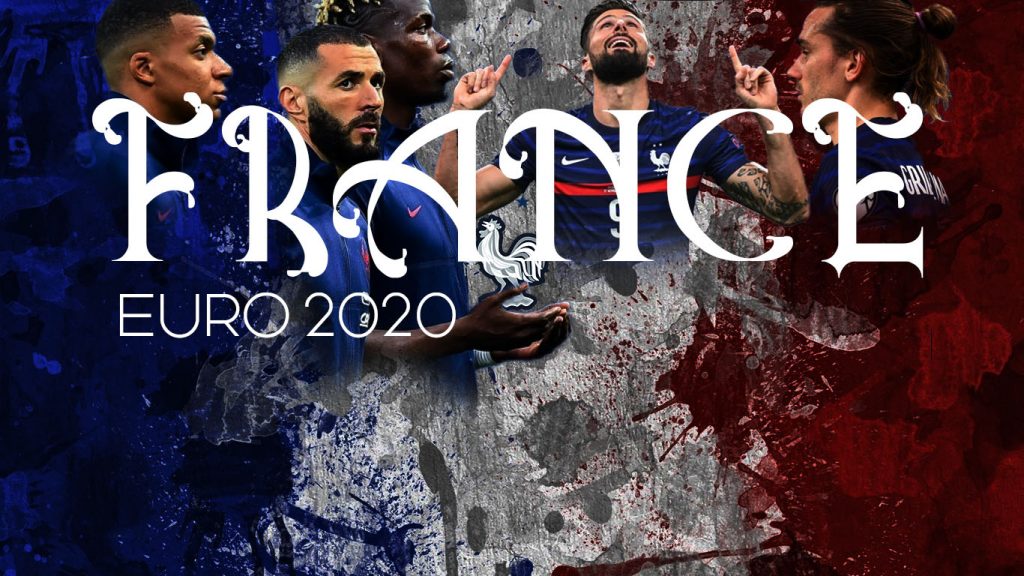 Les Bleus will be hoping to go all the way to yet another major tournament after their successful outing at the 2018 World Cup. While Didier Deschamps has not tweaked with the squad all that much, the return of Karim Benzema to the national set-up after a 5-year-exile shows the depth of the French national team.

Kylian Mbappe will be the main man for the French National side after yet another sensational domestic season with Paris Saint Germain. However, the youngster also spear-headed the national team at the 2018 World Cup when he was only 19-years-old. This time around, Mbappe has the experience while he will also have Antoine Griezmann and Karim Benzema alongside him to ward off some of the attention on him. While N’Golo Kante and Karim Benzema will also be a very important part of France’s quest to win the EURO 2020, Kylian Mbappe is the modern-day superstar France will be relying on to be the game-changer in the big games and quite possibly the final, should Les Bleus reach that stage.

France are heavy favourites for the tournament, and it would be hard to argue that case. Their depth in each area is exemplary, however, there are notable absentees. Houssem Aouar, Eduardo Camavinga have missed out, but they have been selected for the U-21 Championship. Similarly, Dayot Upamecano has missed out while Aymeric Laporte has changed nationalities to play on the international front.

Although France are favorites, they are in the so-called ‘group of death‘. While Hungary does have an outside shout, Portugal and Germany will be the main threat to the French as both teams are able oppositions with the former defeating Les Bleus in the final of the 2016 European Championship. While Portugal were a tad lucky in that tournament, they have quite a squad this time around and have been ruthless in the qualifying games. France will be wary of Portugal’s defensive solidity and attacking nous, not to mention their talismanic figure in Cristiano Ronaldo.

It must also be said that Portugal’s backline might be the best defence at the Euros, and given that it is the last game of the group stage, it will be a tight affair when France go up against them.

On the other hand, Germany will be tricky opponents as Joachim Lowe’s team have a well-structured squad, however, their defence does look meek when compared to the other teams in the group. While Niklas Sule and Antonio Rudiger are excellent defenders, they do have a mistake in them, and France’s threatening frontline will be hoping to attack that vulnerability of the Germans.

Apart from the group stage, France will have their eyes on Belgium and England, as they are the only other teams who could pose a real challenge to Didier Deschamps’ side. However, France will be relying on their superstar quality to conquer yet another major tournament, something the Les Bleus are very capable of doing.

Defenders that could end up at Leicester City as hunt for new centre-back continues
EURO 2020: Wales – Dark horses at the 2016 Euros, the real deal this time?
To Top