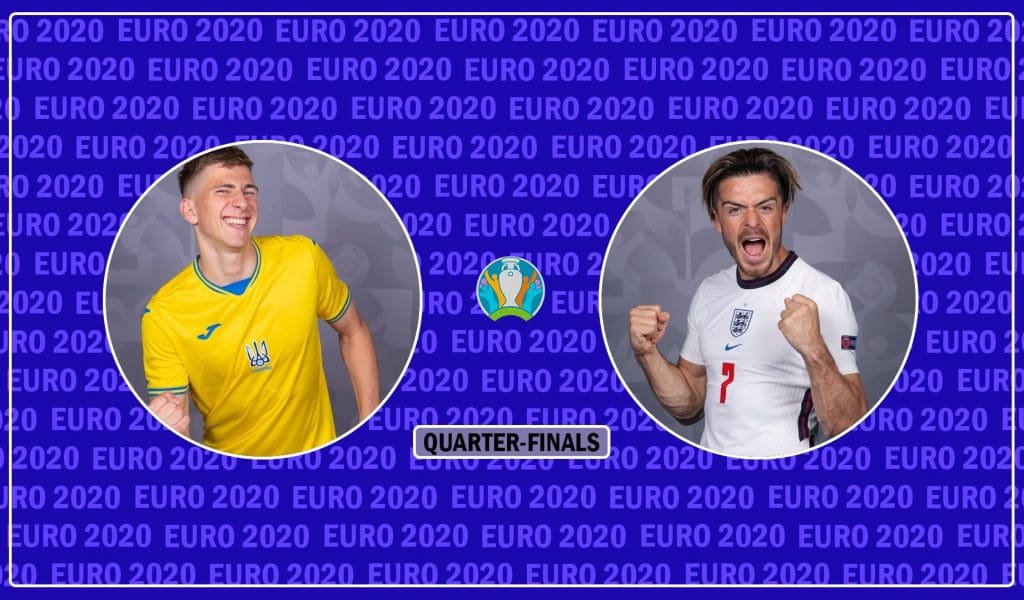 Round of 16 is over and we have already witnessed some crazy results. Some of the tournament favorites have already been eliminated while some underdogs have shown their class to rightfully earn their place in the quarter-final. One such national team enjoying their underdog run is Ukraine, who faces off against bookies’ favorite England.

England charge to Rome for the next task in their bid to win Euro 2020 as they face Ukraine in the quarter-finals.

Raheem Sterling’s strike sent his countrymen buzzing as the crowd of 41,000 football fanatics in the stands of Wembley Stadium started to sing for glory. With the help of Aston Villa captain Jack Grealish, the goal from Harry Kane made sure that England secured their place in the next round by defeating their old foe Germany by a score-line of 2-0.

Ukraine on the other hand fought like warriors in their match against Sweden. Oleksandr Zinchenko secured a win for his homeland by scoring a goal and setting up one for his teammate. In what was an evenly matched encounter, Ukraine managed to hold Sweden on 1-1 in normal time. Artem Dovbyk’s strike against 10-men Sweden in the last minute of extra time secured Ukraine their spot in the quarter-final of the European Championship.

England will be playing away from home for the first time in this year’s tournament. Jordan Pickford and his defense have managed to keep clean sheets in all the games in this tournament so far. Gareth Southgate will be hoping for the same discipline from his defense when the lions go against Eastern European powerhouse Ukraine.

Ukraine have lived up to their underdog tag, as they progressed to the knockout stage by finishing 3rd in group C. Their dream run continued as they beat Sweden in the Round of 16. Andriy Shevchenko will ask his men to not get intimidated by England’s 2-0 victory over Germany, when both the teams lock horns against each other.

Ukraine vs England is scheduled for an 8 pm BST kick-off on Saturday, July 3, 2021. The match will be held at Stadio Olimpico in Rome.

Ukraine and England have played against each other 7 times, resulting in England winning the game 4 times. The Three Lions hold an upper hand over Ukraine in terms of past experiences, as the Ukrainians have only won once.

The Manchester City fullback has been the heart of Ukraine in such important games, and he has never let his manager Andriy Shevchenko’s expectations down. Zinchenko expertly read the game against Sweden and controlled the tempo for his team. He gave his country the lead earlier in the first half when he scored a beautiful volley. HE shifted wide as the game progressed and controlled the tempo with maturity. His high spirit along with Yarmolenko’s energy kept them in the game in extra time. Zinchenko’s assist to Dovbyk’s goal in the last minute of the game won them a place in the quarter-final.

With enough rest, Andriy Shevchenko will expect the same level of intensity from Zinchenko against England. His ability to distribute passes under pressure would come helpful against England’s midfield of Rice and Phillips.

The game was equally matched against Germany until Gareth Southgate decided to introduce Aston Villa captain Jack Grealish on the pitch. As soon as the Englishman was introduced, he hit the ground running for his teammates. Grealish made the play for Raheem Sterling’s goal by passing the ball to Luke Shaw, whose low cross was tapped in by Sterling, which gave England the lead over their rivals. Grealish was directly involved in the winning goal as he assisted Harry Kane to his first goal of this edition of Euros which sent the crowd buzzing and making them believe ‘Its coming home’.

Gareth Southgate must be expecting the same energy from Grealish as he will need some magic if Ukraine decides to absorb pressure from England. With his excellent cameo, it could be possible that the England manager gives him the opportunity to start against Ukraine.

Ukraine are expected to go with the same setup they had against Sweden. Ukrainian players attack as a unit. Hence, Yaremchuk and Yarmolenko are expected to keep their place.

Zinchenko’s man-of-the-match performance makes him unshakable in Andriy Shevchenko’s plans. Goalkeeper Bushchan was instrumental in his performance for his team in the last round.

Centre-back pairing of Zabarnyi and Krivstov has gelled together fine to keep the opponents out of harm’s way.

None of the Ukrainian players is suspended for the upcoming match. Artem Besedin received an awful hit against Sweden, which saw the manager sub the Ukrainian out. He won’t be expected to play against ‘three lions.’

Southgate decided to go with a safe approach against Germany, as he opted for 3 at the back. Ukraine seems to be an entirely different type of opposition. He may switch to back 4 again. Kyle Walker, Stones, and Maguire have performed with discipline in all their outings in this competition, so there’s no chance Southgate will drop the Manchester based players.

Phillips and Rice have been performing well, but both are on a yellow card each. One more yellow card could suspend them for the semi-final. Hence, Southgate may start with Henderson instead of one of the midfield stars.

Jack Grealish’s performance could force Southgate to start him against Ukraine. Raheem Sterling and Harry Kane are expected to keep their place.

England head into the fixture without suspensions. Tripper took a knock against Germany, but he carried on. It looks like he is fine to play against Ukraine.

Injured: None.
Suspended: None.
Doubtful: None.

England enters the match as big favorites and Ukraine as a unit who could keep their opponents silent for 90 minutes. But England’s quality is superior to Sweden, hence, Ukraine will have more trouble going against England,

I expect England to get an easy 2-0 victory and advance to play either Denmark or Czech Republic for the place in the final. 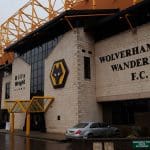 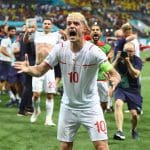 Xhaka To Roma? – A Twist in the Tale as Juventus enter the race
Leave a comment