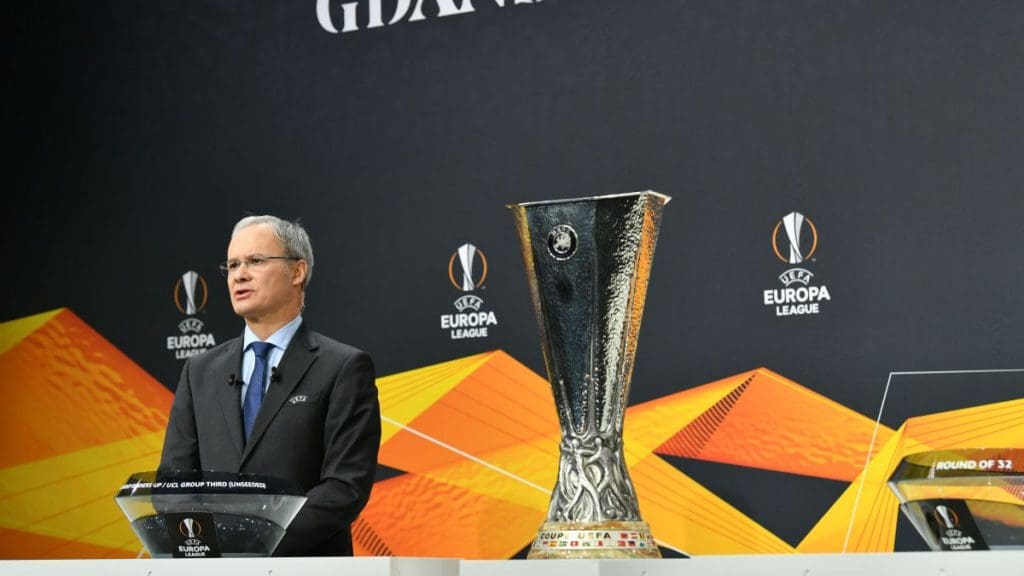 The draw for the Round of 16 of UEFA Europa League have been revealed.

Tottenham Hotspur have been handed a relatively easy draw against Croatian side Dinamo Zagreb with Spurs traveling away to Zagreb for the first leg. Dinaomo were in the same group of Spurs’ opponents in the Round of 32 Wolfsberger AC. The Croatian side are currently top of the 1. HNL.

Manchester United meanwhile will feel unlucky as they have been drawn against Serie A giants AC Milan which means the Red Devils will face off against former Red Devil Zlatan Ibrahimović. The I Rossoneri have defied all expectations and are competing with city rivals Inter Milan for a first Scudetto in 10 years.

North London club Arsenal will have their chance to extract revenge on Olympiacos who defeated them in the last year’s edition of UEFA Europa League.

Tottenham out of all the Premier League teams competing in this competition will be happiest and Jose Mourinho even said that feelings of the outcome of the draw were ‘positive’,

“When you are in this competition and you get to this stage you don’t get easy clubs. If you want to win it, sooner or later you have to play against the best clubs or the ones who go through the different stages. So the objective now is to win against Dinamo and then if later Arsenal and Manchester United are in the competition we have always to face them.

“I think, yeah it happened in the Champions League final, two English clubs, happened in the Europa League with Arsenal and Chelsea too. It’s something that can happen and if it does, wonderful for us if we are one of the two teams and wonderful for English football to have two teams in the final. But in this moment 16 teams, everybody wants the same so it’s very premature to think about it. Dinamo, they beat Krasnodar twice. Krasnodar is a Russian team and it’s never easy to play them.

“I played Russian teams many times and it’s never easy. They beat them twice. In the group stage, of course, they won it, not only against Wolfsberger, but Feyenoord and CSKA Moscow. They are every season in European competitions. I played against them with Real Madrid in the Champions League. Croatian football is Croatian football, lots of talent. It’s a football country. Good stadium, I believe we are going to play there, good stadium. Not a very difficult flight, not too far. I feel very positive things but the most important thing is that we get to the quarter-finals.”