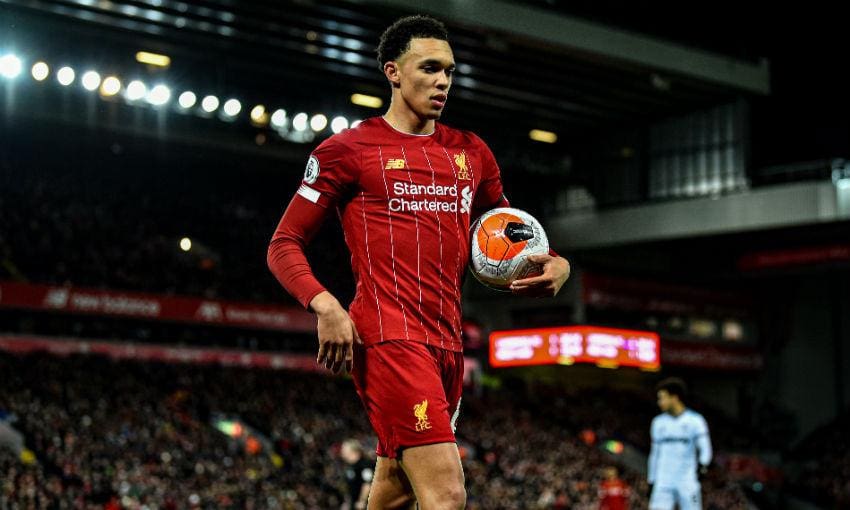 Liverpool star Trent Alexander-Arnold has been named the Premier League’s Young Player of the Season.

Arguably his best campaign in the Premier League, Trent has registered four goals and 13 assists in 38 league appearances with only City’s attacking midfielder Kevin De Bruyne laying more assists than him.

Leading Liverpool to a historic first Premier League title in 30 years, he helped the Reds keep 12 clean sheets in the league this year.

He piped other nominees consisting of Manchester United’s trio Mason Greenwood, Anthony Martial and Marcus Rashford, Aston Villa star Jack Grealish, Christian Pulisic and Mason Mount of Chelsea and Sheffield United goalkeeper Dean Henderson. He is also in contention for the Player of the Season award as well.

Such is the impact of young player that former Chelsea and Blackburn defender Graeme Le Saux told the Premier League’s website,

“I can’t ever remember one player have such an influence on his team at right-back as Trent has on Liverpool, let alone from a 21-year-old. He’s adding more goals to his game, his assists record is second to none among defenders. I can see him continuing to improve in the environment he is playing in at Liverpool.”

Even World-Cup winner and AC Milan legend Cafu heaped praise on Alexander-Arnold saying, “He’s a sensational player, a rare talent. If he keeps playing the way he has been he will be regarded as one of the best players in the world. He has the potential to win Ballon d’Or award.”

Since breaking through the first-team, Trent has gone to make 134 appearances in all competitions winning the Premier League title, Champions League, UEFA Super Cup and Club World Cup.