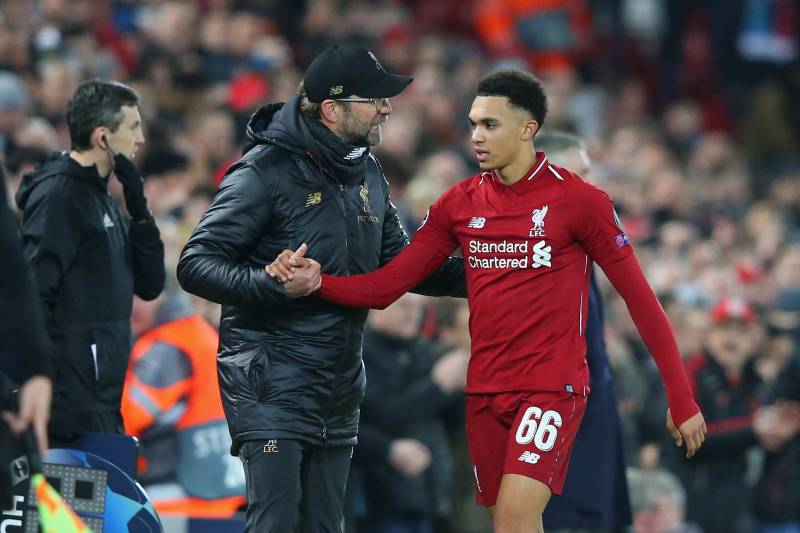 Manchester City and Liverpool have established an exciting rivalry lately with Pep Guardiola and Jurgen Klopp fighting for probably being the best in the world.

Liverpool are looking to end their thirty year wait to kiss the Premier League trophy and Arnold already has eyes for domestic championship.

“I want to help this club achieve as much success as I possibly can. We had a taste of it in Madrid and now we want more,” said Alexander-Arnold.

“If there was one trophy that would mean the most to the fans it would be the Premier League. It’s been too long. It’s something all of us are desperate to achieve and hopefully, that’s the next step for this team. We’ve put ourselves in a strong position. Now we need to kick on.”

City and Liverpool are tussling one another for Premiership and that in context Trent was asked about the rivalry of Manchester United and Everton as compared to that of the Blues from Manchester.

“Traditionally, no, because of all the history with United and Everton. But in terms of intensity, quality, concentration and tempo, they’re probably the biggest games of the season now.

“You know that if you step one foot out of line against City you’ll get punished. You need to be bang on all the time. The two games last season were so marginal. The 0-0 at home and then the 2-1 defeat away when one went in off the post and one was cleared off the line. Tight as you like. Those sort of games can define a season these days.

“Last season City away was probably the one game when we looked back with disappointment and thought if we had done better there things would have been different [in the title race].”