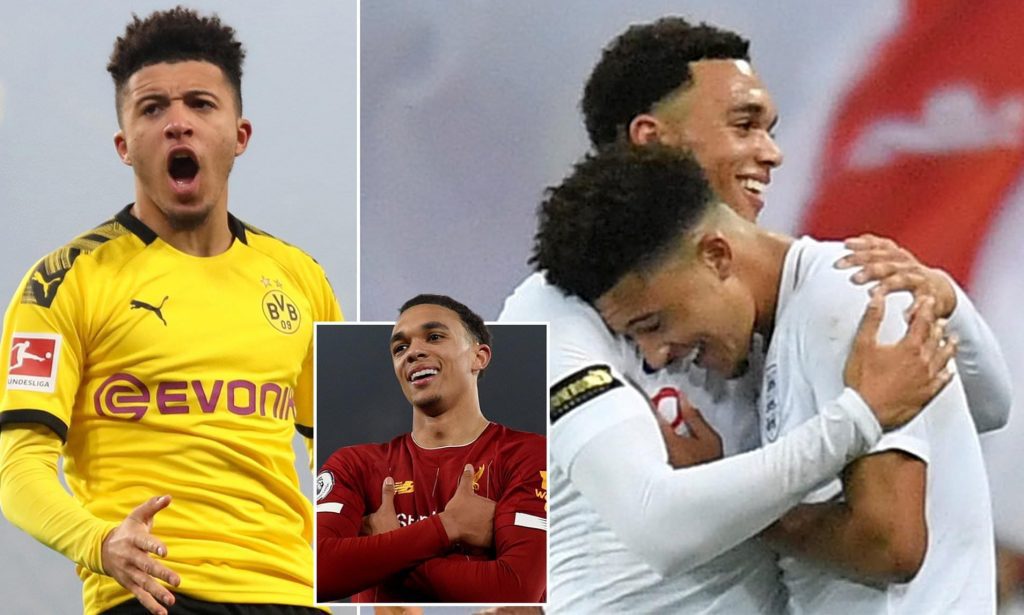 Trent Alexander-Arnold has made it clear that Liverpool will be a better team with Jadon Sancho and reveals that he would welcome him at Liverpool.

The Dortmund winger has been in the news almost every now and then with many media outlets linking him with a possible move back to England.

Even with two years on his current deal at the Signal Iduna Park, elite clubs such as Manchester United, Manchester City, Liverpool and Chelsea are all looking to poach him.

Popular transfer news specialist, Fabrizio Romano recently said in an interview that Dortmund will want around £87 million for the England international, who was worth over £100 million before the coronavirus.

In Instagram live chat with actor and rapper Michael Dapaah, Alexander-Arnorld reiterated that should Sancho decide to move to the Premier League, Anfield could be the right place.

Trent on Sancho signing for us ahaha well in the tapping up reds pic.twitter.com/bxSUQXUhV3

Sancho put a series of emojis in response to Alexander-Arnold’s remarks, perhaps hinting that he’d be open to a move to Anfield.

Dortmund have seen Sancho soar high in his time with the club and this season, although yet to be completed has seen the player add more goals to his game. He has registered 19 assists while scoring 17 goals in 35 appearances.

And former Liverpool midfielder Dietmar Hamann, who has kept an eye on the former Man City starlet feels he is more than the hype around him.

“He’s been tremendous,” Hamann said. “With Dortmund in the past, we’ve seen that they can develop players and when he first came, he had a rough few months, but in the last 12 to 18 months, he has been the best player in the Bundesliga. 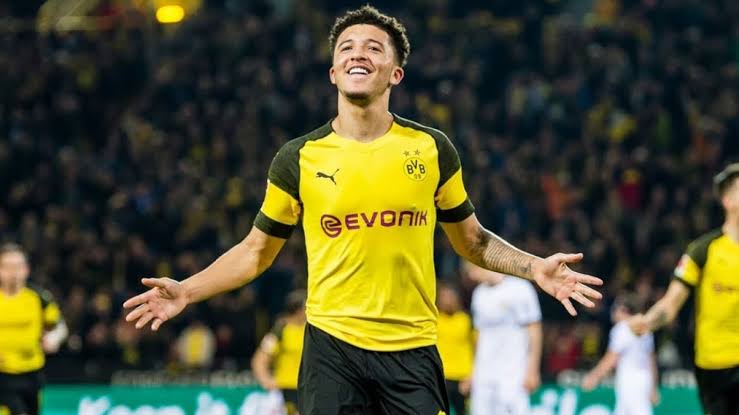 “I’m not surprised there is huge interest in England to take him back there. We had Ousmane Dembele here a few years ago who went to Barcelona and it never really worked out but I’ve rarely seen a player in the last decade who beats players or defenders purely with skill. I think he’s in double figures again this season with nine or 10 games to go for assists and goals at his young age.

“I’d probably make him the highest value player. If you look at Kylian Mbappe, he might be the only one who is valued higher than him now, this is how good he’s been.

“I think it will be a major act for Dortmund to keep him in the summer, although obviously we don’t know what’s happening with the transfer market this summer in these strange times, but he’s made a huge impact. I just wonder what they make at Manchester City because they must have seen that he’s got something otherwise it wouldn’t have been possible to perform in the way he did over the last 18 months.”