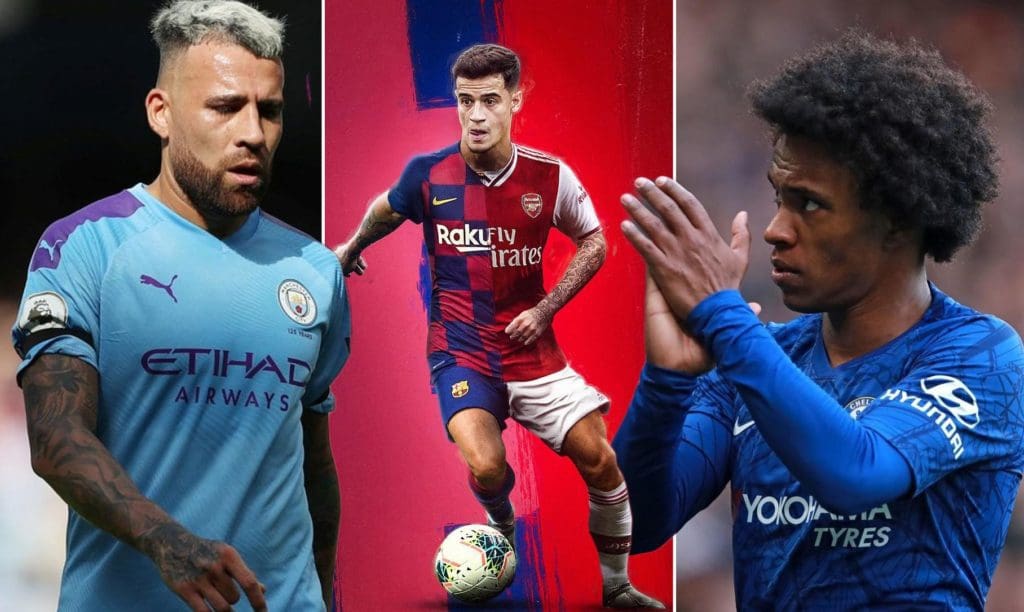 As per Mail, Real Betis are interested in Manchester City defender Nicolas Otamendi. The 32-year-old finds himself out-of-favour at the Etihad as Pep Guardiola seems to be keen on offloading the Argentine.

Willian’s agent Kia Joorabchian, has claimed that the Brazilian international has currently received two offers from the Premier League, two from Europe and one from the MLS.

He was quoted saying, “We had big offers – one from MLS which required him to move on July 1 – but he’s always wanted to finish the season at Chelsea and the day after the season has finished he would decide. He has two concrete offers from Premier League clubs on the table, an offer from an MLS club, and two other offers from Europe,

“He is going to make his decision after the last game of the season.”

According to the Italian daily, Gazzetta Dello Sport, Inter Milan have reached an agreement with Manchester United loanee Alexis Sanchez. Antonio Conte’s side is said to be keen on keeping the former Arsenal forward as the Chilean has found his form back in the Serie A. Now a deal is to be finalised with Manchester United for the player’s permanent transfer to the Italian side.

As per RMC Sport, French side Lille is interested in snapping up former Manchester United player Angel Gomes on a free transfer. Gomes rejected various contract offers at United and the Chelsea target is now been looked at by various clubs. Spanish side Almeria is also said to be interested.

Kia Joorabchian, Philippe Coutinho’s agent, has again stated about the Brazilian’s wish to return to the Premier League.

“We’ve not kept it a secret that he wants to come back to the Premier League if he can. He adores playing in the Premier League and I think it’s one of his priorities, but he’s also not against staying in Barcelona so it’s very open. There’s a lot of genuine interest because he’s a great player, so there’s always interest,” Joorabchian said.