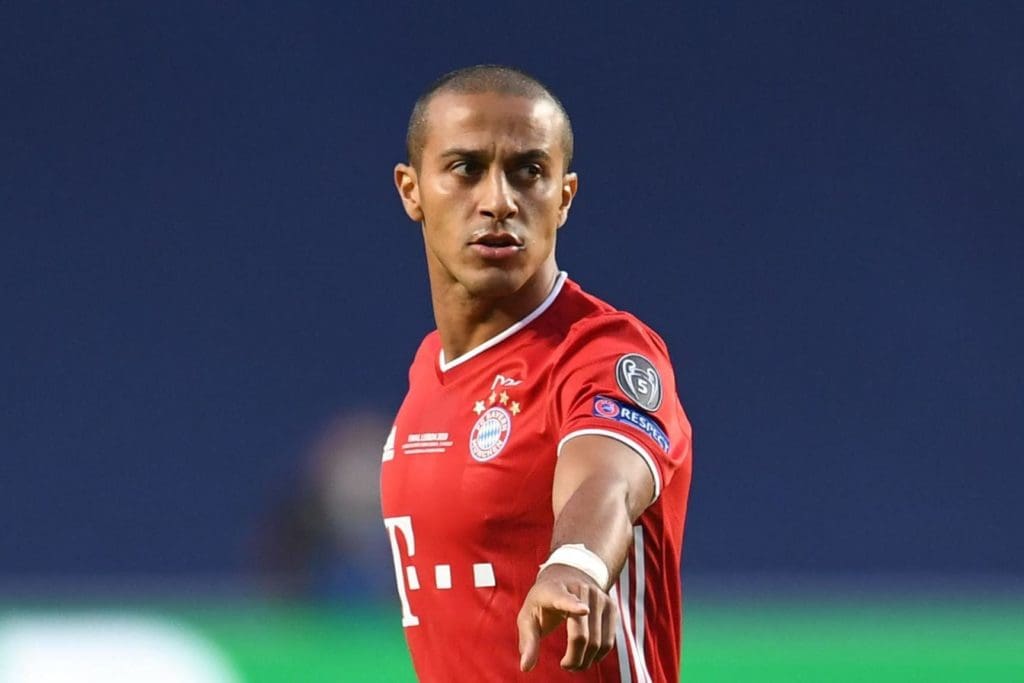 The ongoing pandemic has hit the world of sports very hard. Football was one of the sports to suffer the most – several Premier League teams were pushed to the brink of bankruptcy due to the massive decrease in their revenues.

After the pandemic pushed football into virtual sports territory, many expected the summer transfer window to be boring – teams weren’t expected to spend their usual spectacular amounts on players this year. The facts, in turn, contradicted them: we’ve seen several high-profile transfers already, including Kai Havertz’s hundred-million-euro transfer to Chelsea. And, since the deadline for the transfer window has been pushed back to October, there are still many surprising and spectacular transfers we might be in for this year.

Thiago Alcântara has been an asset at Bayern Munich. He joined the club in 2013 in a transfer worth €25 million from Barcelona. He was part of the squad that won Bayern’s recent Bundesliga titles, including the one that won the continental treble, and was selected for Spain’s Euro 2016 and World Cup squad.

The contract signed by the Spanish international with Bayern is set to expire in less than a year, and he has already expressed his desire to leave the German team. Manchester United is reportedly eager to sign him and pay his £30 million transfer fee. But the Red Devils have competitors in the Premier League, too – Liverpool is reportedly also keeping an eye on the 29-year-old Spanish player.

28-year-old Argentine goalkeeper Emiliano Martínez will leave Arsenal in a transfer worth around £20 million. Martínez spent part of his youth career and all his senior years with the Gunners, with six loan spells during his eight years with the team. He made his first Premier League appearance since the 2016-2017 season this June when he got off the bench in a match against Brighton, turning into a first-choice goalie. He was especially valuable in Arsenal’s FA Cup final against Chelsea, helping the team win the match.

Aston Villa’s goalie Tom Heaton is out of the competition for a while because of a knee injury until at least the middle of October, which makes Dean Smith eager to recruit a new goalkeeper.

21-year-old winger Mounir Chouiar joined Ligue 1 team Dijon in 2019 after spending three seasons with Lens as a senior. The player made 20 appearances with the team, catching the eye of talent scouts from the Premier League with his performance.
Leeds is reportedly especially interested in Chouiar for up to €20 million – the 21-year-old has missed Dijon’s fixture against Brest because of this. But Arsenal and Wolverhampton are also said to be set on signing the player.