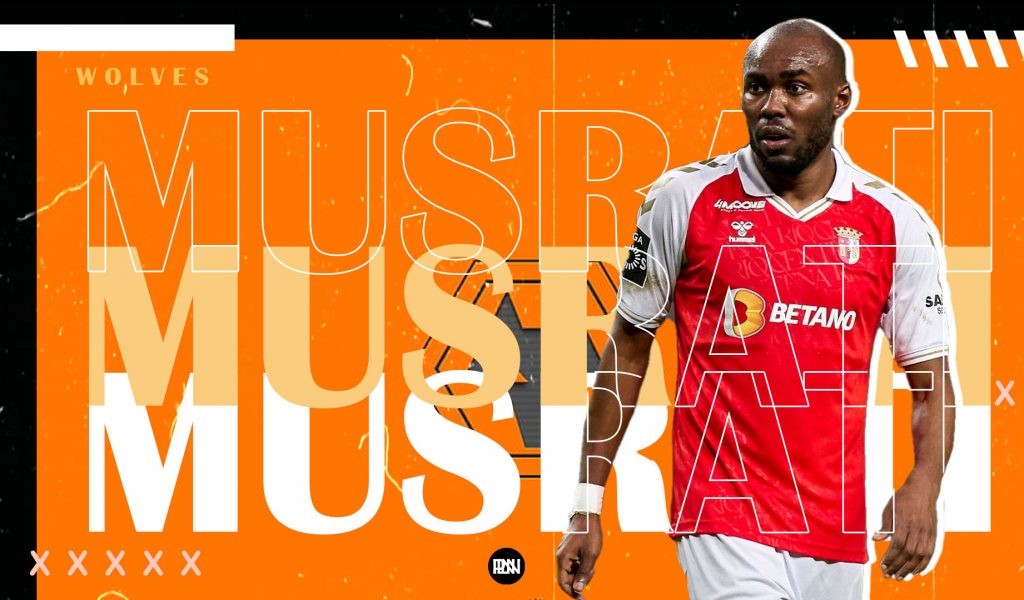 Wolverhampton Wanderers have reportedly agreed on a deal in principle with Sporting CP to sign Joao Palhinha. The Portuguese defensive midfielder is likely to be a like-for-like replacement for Ruben Neves, but recent development has seen the West Midlands club join the race for Libyan midfielder Al Musrati as an alternative to Palhinha.

Portuguese sources have linked the Braga midfielder with a switch to Wolves, in order to replace Neves in the heart of their midfield. The 25-year-old Al Musrati is likely to cost less than the 26-year-old Palhinha, even though Palhinha’s international exposure for Portugal in the European Championship means that he is a more experienced option.

But statistics seem to suggest that Al Musrati had a better 2020/21 campaign for Braga than his Sporting counterpart, making him a more effective alternative to replace Rúben Neves who is likely to bid farewell to the Molineux in this transfer window.

Both Al Musrati and Palhinha are primarily defensive midfielders in the Portuguese top division, and hence the ground for comparison is quite similar. While Al Musrati has played 1,995 minutes for Braga last season, Palhinha has been more of a regular for Sporting – registering 2,499 minutes.

However, Palhinha is statistically a better tackler, averaging 2.45 tackles won per 90 compared to Al Musrati’s 1.06 – Palhinha commits more fouls as well as gets fouled more often than Al Musrati, even though the latter gets booked more often.

When compared to the man Al Musrati is likely to replace in front of the Wolves defence, the Libyan is a better interceptor but a worse tackler – though Neves racked up 1.55 interceptions per 90 minutes last season, he also won 2.22 tackles per 90.

However, new manager Bruno Lage’s Wolves will hope to cash in on their want-away defensive midfielder with a more effective option as compared to Palhinha, and Al Musrati does look like the more logical option for a lesser fee.

When it comes to fitting into the Wolves team – it is to be noted that Lage primarily relied on a 4-4-2 formation in his tenure in charge of SL Benfica, and Al Musrati can slot in alongside either Leander Dendoncker or João Moutinho in a double pivot.

If Lage decides to persist with the back three that Wolves were so used to playing with under Nuno Espirito Santo, Al Musrati can play the deeper midfielder in a pairing with the veteran Moutinho while Dendoncker slots in the back three. Al Musrati can well prove to be a useful and effective addition to Wolves regardless of the shape they will take up in the coming season.

Aoife Mannion’s arrival is a boost to Manchester United’s ambitions next season
4 Chelsea players who have a make or break Pre-Season!
To Top