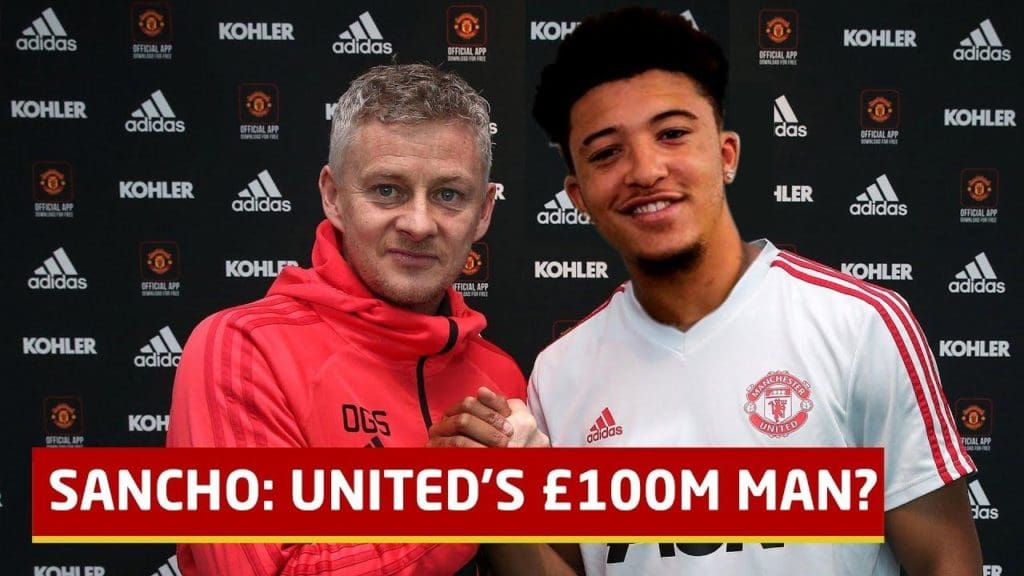 Manchester United like every other transfer window have been linked to some of the biggest names in world football in likes of Kai Havertz, Jadon Sanch and Kalidou Koulibaly. Are they what these players want? Surely yes, any team in the world would want these players. Though are these players what they need? Now that is a tricky question. In this series of articles, we would analysis players that are getting linked to the Red Devils, as to see whether they really need them or is this another of Ed Woodward’s attempt to get the fans on his side by getting a Marquee signing.

Jadon Sancho is one of the brightest young talents in the world football at this moment of time and he will obviously lift up any team that he joins. Though does Manchester United under Ole Gunnar Solskjær have the tactical space to accommodate the English international? Or would it be forced to jeopardize its system to fit in their big-money signing.

Jadon Sancho can play on both the wings, though with Marcus Rashford operating from the left, Sancho would have to occupy the right-hand side of the front three, a position at which he has scored 5 goals and assisted 7 in 14 starts. Surely the former Manchester City academy graduate won’t mind being slotted in on the right-hand side.

Daniel James who was signed to play as the right-winger had a wonderful start to his career and looked at home in the Premier League. The Old Trafford thought they have got their one true Welsh heir to the throne of a ceratin Ryan Giggs. Though James failed to be consistent and his inexperience at the highest level was their ti be seen once the glamour of his pace started to fade. The 22-year-old is older than the 20-year-old Jadon Sancho but is still not experienced enough to be starting week in week out for Manchester United. Thus it would be right to have Sancho playing that role and James is slowly to develop into the player that he promises to be.

While signing Jadon Sancho would be a big ask for Ed Woodward in this time of financial crisis with Borussia Dortmund keen on getting their €100 million price tag. Though if he does succeed in bringing him to the Old Trafford then Sancho seems to be showing al the right traits of being a future Manchester United legend.

Paul Scholes fires Deschamps for screaming like a “big baby” after his tackle on him
Arsenal Contract Analysis: Alexandre Lacazette
To Top