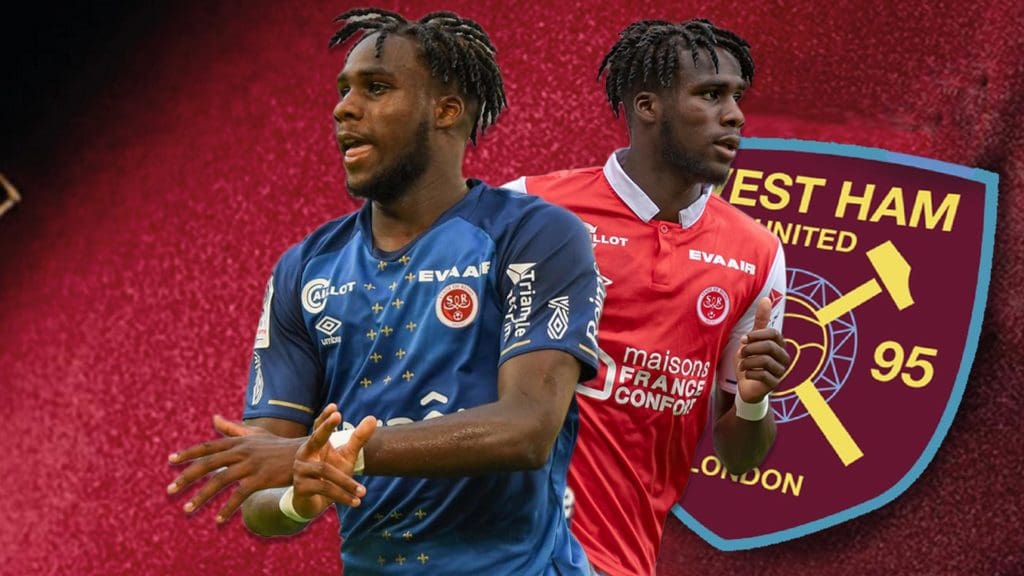 West Ham has enjoyed an overwhelming start to the season, with the Hammers currently in the tenth place, but just 7 points behind league leaders Liverpool.

The summer transfer window saw the London-based club welcome many new faces such as Vladimír Coufal and Said Benrahama; and now with the winter transfer window open, it seems that West Ham are back to business.

The Hammers’ first piece of business was the departure of record signing Sebastien Haller, 18 months after his arrival to the London Stadium. Haller completed his transfer to the Dutch side, Ajax for reportedly €20 million.

With Haller’s departure and considering Antonio’s injury record this season, West Ham will look to sign one, if not two center forwards in this window.

One of them might be 24-year-old Senegalese center forward: Boulaye Dia. The Senegalese could be available for a reasonable price tag of just €14 million according to EN 24 News.

Boulaye Dia has had an impressive start the season with Stade Reims in the Ligue 1. The Senegalese center forward has 10 goals and an assist in 16 games till now.

However, the major question that arises is that, is Dia an apt replacement for Haller considering West Ham’s style of play. Current West Ham striker, Michail Anotonio has flourished since his move from Nottingham in 2015 and a key reason behind his success has been that his attributes have complimented West Ham’s general style of play. As seen on multiple occasions, Antonio holds the ball well and lays it of perfectly for his teammates. But can the same be expected from Dia is a major doubt.

Dia likes to make runs for penetrative balls and his hold up play has been proven weak even in the Ligue 1 and the Premier League could prove a bit too physical for him.