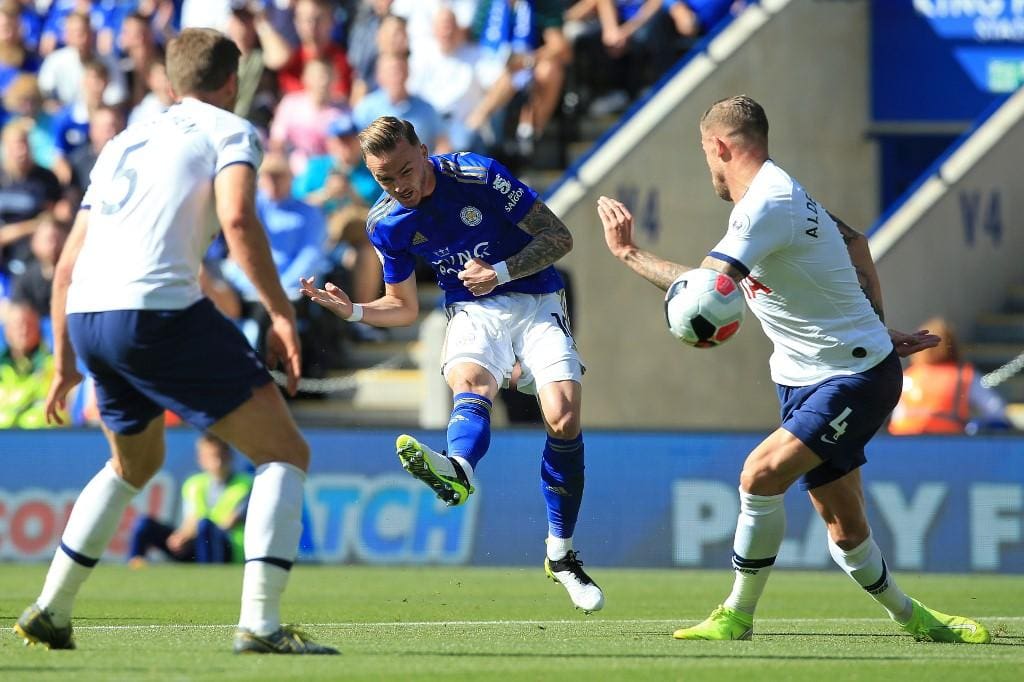 Tottenham Hotspur host Leicester City in the 37th matchday of the Premier League.

With Europe in sight, Mourinho’s men take on Champions League hopeful Leicester City tomorrow. Tottenham are 7th in the PL table with 55 points from 36 games this season. The Foxes are fourth with 62 points from 36 games. Both teams are in desperate need of a win as a draw or a loss would ruin their hopes for Europa & UCL respectively.

Both teams are suffering from injuries and suspensions ahead of the game. Leicester have three starters from their back four missing. Ben Chilwell and Pereira are injured as Soyuncu is suspended after taking a red against Bournemouth. Rodgers will be forced to play a back three due to the unavailability of defenders. Spurs have Dier suspended and also miss Ndombele, Aurier and Foyth due to injury. Alli is doubtful as well.

So, without further ado, let’s take a look at the combined XI of both teams ahead of tomorrow game. The formation is a bit weird and unbalanced 3-4-3, but the intention was to pick players who have been very impressive for their sides so far.

Kasper Schmeichel is our preferred choice for the goalkeeping spot over Hugo Lloris. The Danish shot-stopper has 13 clean sheets to his name this season and has started all 36 games for the Foxes. He has also made 94 saves, averaging 2.6 saves per game.

Leicester have better full-backs than Tottenham this season. But due to their unavailability, we have decided to opt for a three centre-back formation. We have very few contenders for the three positions and we’re forced to chose the three big names – Toby Alderweireld, Davinson Sanchez and Jonny Evans.

Giovani Lo Celso and Lucas Moura take the wide midfield roles in our lineup. Lo Celso is the only source of creativity in the present Tottenham midfield and has always proved his worth on the pitch. Lucas Moura hasn’t been at his best this season but has still managed to score four goals from 23 starts.

Heung-Min Son and Ayoze Perez take the wins in our 3-4-3 formation. Perez has been phenomenal this season under Rodgers and has started 25 games this season. He has scored 8 goals and managed 4 assists so far in top-flight. Son has played 28 games this season and is the obvious choice for the left-wing role. He has 11 goals and 10 assists this season in the Premier League.

Who else? Top scorer Jamie Vardy takes up the number 9 role. He has scored 23 goals in 33 games for the Foxes this season. He also has five assists to his name. Rodgers will expect another top-notch performance for the 33-year-old to boost their chances of qualifying for the Champions League next season.

Eddie Howe had a dream – Alas! Bournemouth are going down?
Spurs vs Leicester City: Preview | Premier League 2019/20
To Top