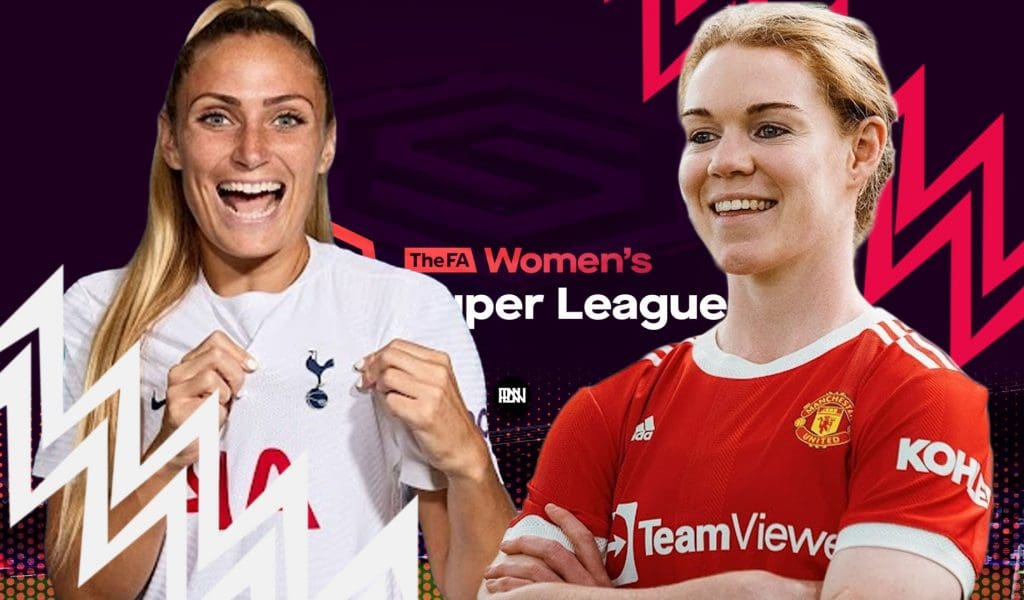 It seems like Tottenham Hotspur Women and Manchester United Women are looking to push on, and are looking to specifically capitalize on Manchester City’s Women failure. This is one of their seasons, and one of them will probably be playing Champions League football next season.

Spurs won their opening three WSL games of the new campaign, but lost their most recent match 2-1, as their league unbeaten run came to an end. They’ve beaten last season’s runners-up Manchester City, and also been consistent, with wins over every single team that finished under them last season. Tottenham have been good, but winning here would make it great.

Manchester United’s season has been mixed. Yes, they’ve only lost one game, but that was a 6-1 massacre at the hands of Chelsea. A 2-2 draw with an injury-riddled Man City (who had a player less) could be looked at, either way, a draw (won on penalties) with Durham wasn’t fun for anyone, but consistent wins have made fans smile. This match may define United’s season, so they won’t go down without a fight.

The last time the two met was a league match, where the Reds beat the Lilywhites 4-1, with Ella Toone netting a brace and also getting an assist. Toone will be a threat again, but will Spurs be better with a better form?

Spurs striker Rachel Williams received two yellow cards against Brighton but she will be available for selection this weekend after serving her suspension in the League Cup against Charlton.

Spurs have done quite well this season, and so have Manchester United. Therefore, it isn’t a shock that both teams are thought of as favourites to take over Man City’s top 3 spot. With both teams recording a positive start to the season, Sunday’s encounter is going to be a close affair, and it really should be with the amount at stake.

This is winning the first battle. Not just that, but also taking the first step towards the UEFA Champions League. This is a huge match, and both teams need to remember that it is. It is a big match on the calendar, and with the likes of Ella Toone, Rachel Williams, Kirsty Hanson, and Chioma Ubogagu all playing, this is definitely a high-quality matchup.

I love to pick new players for this segment, but I don’t think you can look past Ella Toone. Currently, second-placed in the assist charts, Ella Toone is a brilliant player and is now Manchester United’s centerpiece after Lauren James’ exit. She is certainly acting like it and is dragging the Reds up the WSL table.

When speaking with Goal, she said, “I think I’m doing all right, I think [the new position] is good for me because I can get in the pockets, which I like doing, and get on the ball and drive with the ball. It’s good to be versatile and if [Marc Skinner] wants me to play there, then I’ll give my best wherever I’m put and just enjoy my football.” Toone has been playing as a Raumdeuter, which is defined as; a player who locates dangerous areas of the pitch and uses unoccupied space to create confusion among opposition backlines. That not only defines what a Raumdeuter is, but what Ella Toone has been this season for Manchester United.

I hate doing key players for Spurs. They’re just kind of… well, boring. I can write about why Danielle Carter is a brilliant striker for Brighton or why Leah Williamson is arguably the best progressive passer in the world. But Spurs? I mean, maybe it’s because they’re all equally average. But Rachel Williams is quite a handy striker, so I’ll give this to her.

Her FBref stats show that she’s very good aerially, with an average of 4 per 90. She also has 3.06 shot-creating actions per 90, which is quite good. She’s a better Shania Hayles, who was put as her most comparable player. Rachel Willaims has had a few bad seasons, so she’s very close to having her best season since 2017/18.