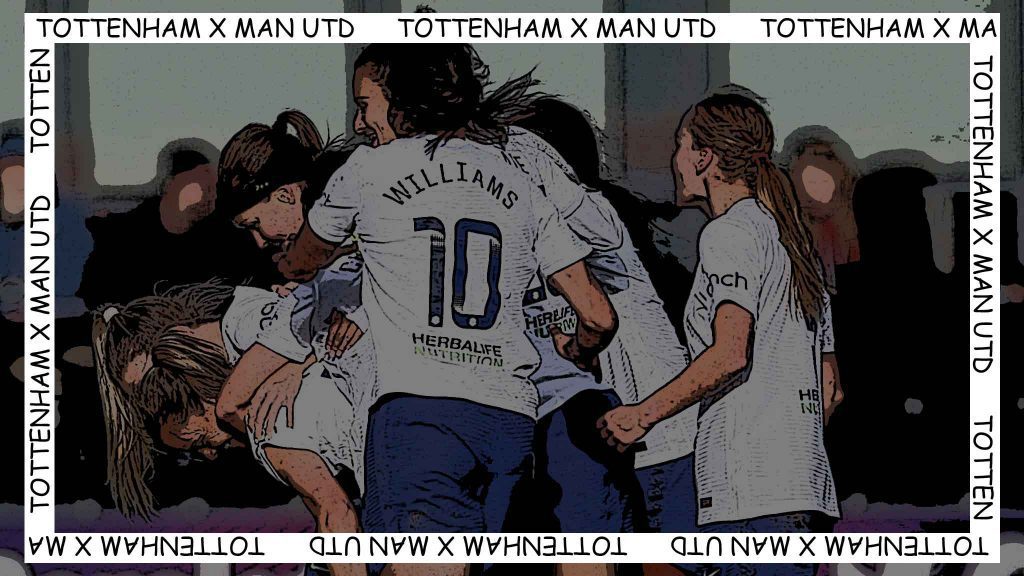 Manchester United Women travelled to London to face Tottenham Hotspur Women in a match which could be the decider on who gets into next seasons Champions League. Find out what happened in the match report below.

Spurs were looking to continue their good start to the season by beating midtable rivals Manchester United and reclaim their spot in third (Brighton had taken it the day before). Jiali Tang had picked up a slight knock and therefore wasn’t available for the match, which was a big miss for Spurs . Overall, there were 4 changes for Rehanne Skinners’ side, with the most notable being the absence of Becky Spencer.

Manchester United were looking to captailise on the failure of their rivals, but Spurs have been the main competitor. They knew Spurs’ style, with manager Marc Skinner saying prematch, “They’ve got a good togetherness, a good bunch of players with some real top talent in there as well, so it’s going to be difficult, but you want to get ahead and try and put a stamp on the game.

“We have to avoid really fast, sharp counter attacks with their four forwards that try and break your box and then they’ve got a lot of energy in midfield with Ria [Percival] and [Maeva] Clemaron.” So with that and the 5 changes he’s made from the side who played penalties against Durham, Marc Skinner was aware of dangers and wasn’t hesitant to fix them.

Manchester United took the lead just before halftime, and it was courtesy of Alessia Russo, who gets her third goal this season. It was a fine finish from Alessia Russo, as she goes down the edge of the box, and scores a brilliant tight-angle goal. Advantage United.

Well, Spurs wouldn’t have been too upset with that. I mean, they would’ve been happy that they almost kept it 0-0, especially with the amount of shots United have had. The change does come from Spurs, with Chioma Ubogagu joining the field at the expense of Cho So-Hyun.

Despite the game almost being wrapped up, Ria Percival somehow managed to score a late goal to put Spurs level. She swung in a deep free-kick which went all the way into the back of the net. And I would imagine that Marc Skinner was disappointed with that, as losing 2 points at the end of a match which they’d dominated didn’t scream amazing.

And we didn’t have to wait too long for the full-time whistle. Overall, a great competitive match between 2 sides who have recently decided to become more competitive. This result means that Spurs regain third, and Manchester United are now 8 points off the title, which means that any realistic title charge is now over for them. Spurs can still remain hopeful, but it’s going to take Arsenal to lose to both Chelsea and Manchester City, which Jonas Eidevall will certainly not allow. So, it’s full time at The Hive, and it’s full time from me.