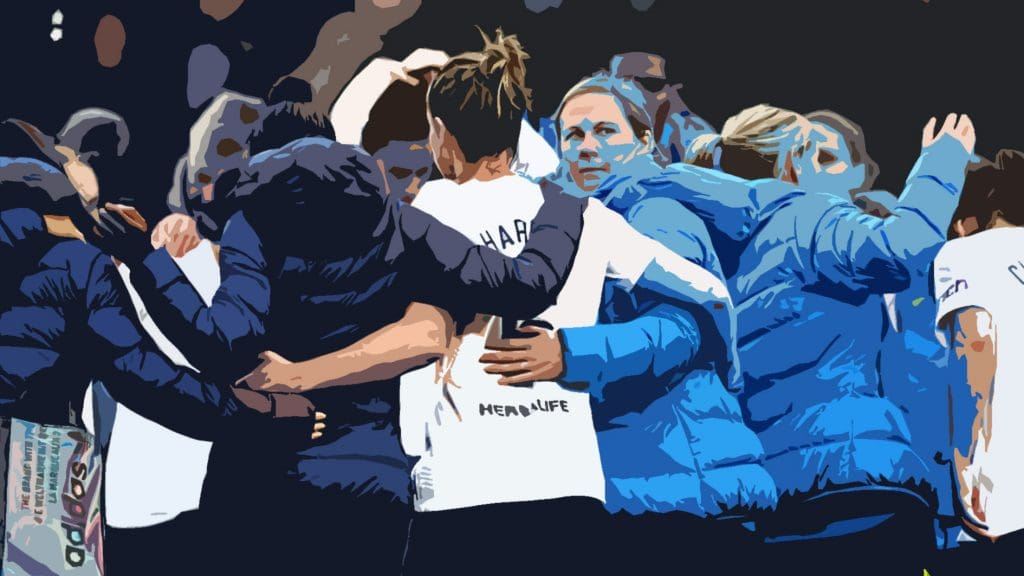 Arsenal Women traveled to the Hive to face Tottenham Hotspur Women in a match that had never been played at the Lilywhites home ground, despite the teams being in the same league since 2019. Find out what happened in the match report below.

Spurs were looking to continue their good start to the season by getting a shock win against local rivals Arsenal. Spurs weren’t able to produce a full bench due to off-field issues, but they did still have 6 members representing them outside of the pitch. There were 2 changes for Rehanne Skinners’ side, with Cho and Naz unavailable and so she picked Ubogagu and Harrop as replacements.

Arsenal’s season had gone just to plan, with the Gunners beating Chelsea and Manchester City (their main title rivals) earlier in the season. They have remained consistent so far, only losing when they were completely outclassed by Barcelona. 5 changes took place for Jonas Eidevall, with MMM getting a chance to showcase their class.

Well, Spurs executed their game plan perfectly. I mean, keeping it 0-0 was their goal for the first half, so they could go out and attack in the second. Arsenal had a few opportunities, including a Beth Mead freekick which hit both the bar and the post after a brilliant fingertip save by Tinja-Riikka Korpela. However, just like in the last few games, Gooners everywhere expected there to be a goal flood in the second half.

Spurs took the lead through Rachel Williams, in a moment that must have Tottenham fans cheering worldwide. It wasn’t the prettiest goal, as Williams practically ran the ball into the goal, but a goal’s a goal, so it’s Spurs 1. Arsenal 0.

Cometh the hour, cometh the GOAT! Vivianne Miedema saved Arsenal again. It’s the story that’ll feature heavily in the back pages, but it’s slightly unlucky that Arsenal had to wait until the ninety-second minute for a goal. It was a brilliant header from Vivianne, but that’s beside the point. The Gunners had 19 shots, and around 64% possession. They were the better team, and this saving grace of a goal shouldn’t have had to happen.

Continuing from the end of the last paragraph, I think Jonas Eidevall’s comments sum up my thoughts pretty well. I’m going to leave you with what he said, so prepare your inspirational music in the background whilst you listen to the best manager in the world. Eidevall said, “We created so many chances that we should’ve won the game but we got a point at the end and you can’t take that for granted. We had a poor ten minutes after the Spurs goal where they could’ve scored again, but we regained control.”

MUST READ: Invincible: Every WSL team that has gone unbeaten and a breakdown of their season