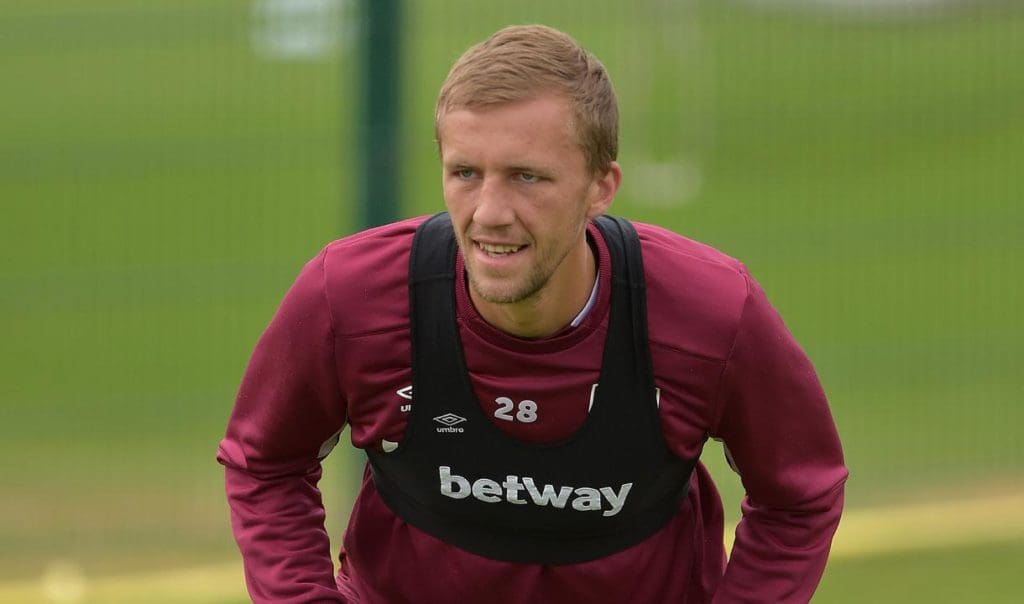 On the 29th January, West Ham United announced they have signed Slavia Prague midfielder Tomas Soucek on a six-month loan with an obligation to buy.

HIS INTRODUCTION TO PREMIER LEAGUE

Fans of the Premier League were left scratching their heads as to who this midfielder was. Soucek was a first team regular player in Slavia Prague team having played all of their six group games in the Champions League group stages.

West Ham United were desperate to add a midfielder who was willing alongside the club’s academy product Declan Rice with Mark Noble nearing the end of his time at Olympic Stadium. Pedro Obiang and Cheikhou Kouyaté were two players who were brought in the team to carry this role but ultimately failed.

After signing for the club on the back of amazing performances in the group consisting of Barcelona, Borussia Dortmund and Inter Milan, Soucek has surpassed all expectations and instantly became one of the first players on the team sheet.

We see through the per 90 stats, that 2019 Czech Footballer of the Year is an all around midfielder who can do a bit of everything. He covers a lot of ground which helps the side regain possession of the ball quickly.

Standing at 6ft4, Soucek is a dangerous threat from set pieces. Chelsea fans may recognize him as he scored two headers in one half, helping the side defeat the six-time  Premier League champions 3-2 and complete a double over them.

The Czech Republic international is the prefect example of player who wears his heart on the sleeve. He has worked hard so that West Ham could sign him on a permanent basis. Performances after performances, Soucek has proved that he is going to fight for the club till the last minute which has made him an instant fan favorite among the Hammers.

He has all the qualities needed for a leader having also led Slavia Prague prior to his departure. West Ham for a long time have signed ‘players on big wages’ and Soucek is sign that the Hammers want to change this system.

Signing Soucek at £13.5m will definitely be one of the bargain of this summer transfer window.

West ham and how they can improve this season
Should Chelsea loan out Tammy Abraham once again?
To Top