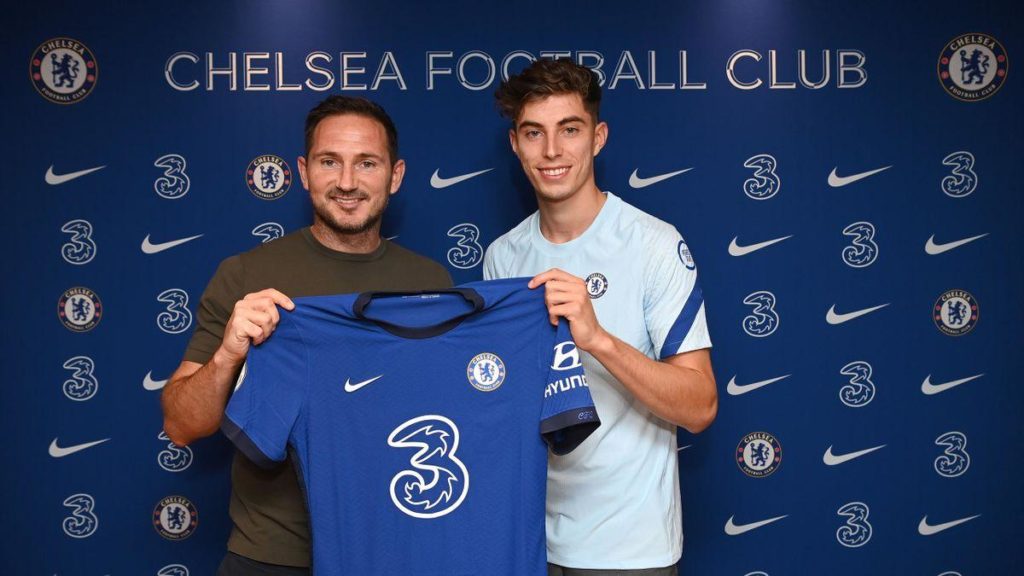 Kai Havertz had been on Chelsea’s radar for several months, and the Blues finally announced their newest signing yesterday. The 21-year-old became the club’s second-most expensive signing, with Chelsea splashing an initial fee of £72million on the German.

German forward Timo Werner took to social media to congratulate his national teammate on the move to Chelsea, and expressing his delight after Havertz was announced by Chelsea on Friday, ”Welcome to Chelsea, my friend!”

The Blues have now acquired three of the most lethal forwards in the Bundesliga in recent years, Christian Pulisic, Timo Werner and now Kai Havertz.

Havertz talked to the club’s media website in his first interview as a Chelsea player, talking about how Frank Lampard and Anotonio Rudgiger influenced his decision to join the club also adding, “I am very happy and proud to be here, For me it is a dream come true to play in a big club like Chelsea and I can’t wait to meet all the players and the trainers. Yeah, I am very happy to be here!”

The announcement of Havertz meant he became Chelsea’s seventh official signing of this summer transfer window, as part of Frank Lampard’s project to build and develop a team that can compete with the likes of Liverpool and Manchester City.

Chelsea have spent massively this season, after a two-year transfer ban that also included the sale of Eden Hazard, their main creative playmaker. Frank Lampard took over the managerial role last season from Mauricio Sarri, but several doubts were raised if the former Blues player had enough experience as a manager to lead a top team.

Those doubts were firmly quashed by the 41-year-old, as he led the club to the final of the FA Cup and secured a fourth place finish in his first season at the club.

Lampard combined the services of experienced players like Olivier Giroud and Willian along with youngsters Mason Mount, Christian Pulisic and Tammy Abraham, laying a strong foundation to his project at the club.

The gaffer will be hoping that the explosive German duo of Werner-Havertz combined with players like Christian Pulisic and Hakim Ziyech will lead the club to new heights in the upcoming seasons.