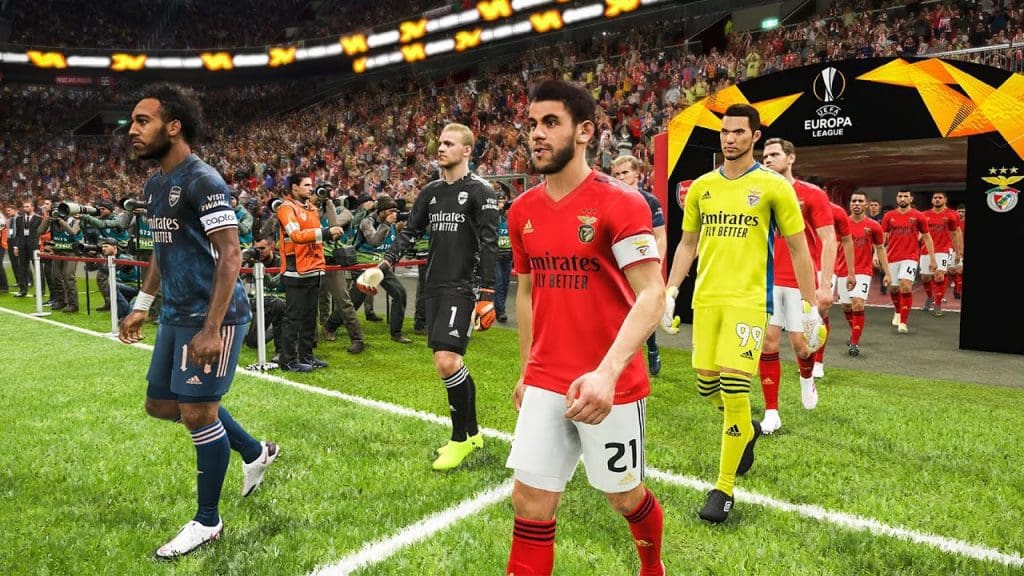 Arsenal went up against Portuguese side Benfica in the Europa League fixture as favorites. However, they could only end with a 1-1 draw after a disappointing night in Rome. Mikel Arteta’s side has been struggling for form in the Premier League this season and if they have to qualify for the European football next season, Europa League is an essential piece of the puzzle for them and the Gunners would have been wanting a better display than he showcased.

Here, we look at three reasons why the Gunners wouldn’t get the result they would have desired:

The Arsenal skipper is usually the reason why the Gunners win. However, this time around he proved to be the cause of their disappointing draw after missing a couple of clear goal-scoring opportunities in the match. The Gabonese international has been in a rich vein of form recently and was coming off a hat-trick in their last match against Leeds United. Which is why he was expected to come into the match with loads of confidence but his display wasn’t able to justify the expectations fans would have had from him.

This has been a tough season for every side across Europe with challenging fixture congestion and it hasn’t been much different for the Gunners. Arsenal have played a lot of football in the last few months and its effect was there to be seen in their performances, especially in the second half with the players looking tired and worn out.

Arsenal’s apparent fatigue was a reason why it shocked many that they went in with the same line as their last match against Leeds United in the Premier League with the likes of Nicolas Pepe and Alexandre Lacazette only named on the bench.

The Return of Kepa Arrizabalaga
Ajani Burchall: Why Arsenal are chasing the 16 year old’s signature
To Top