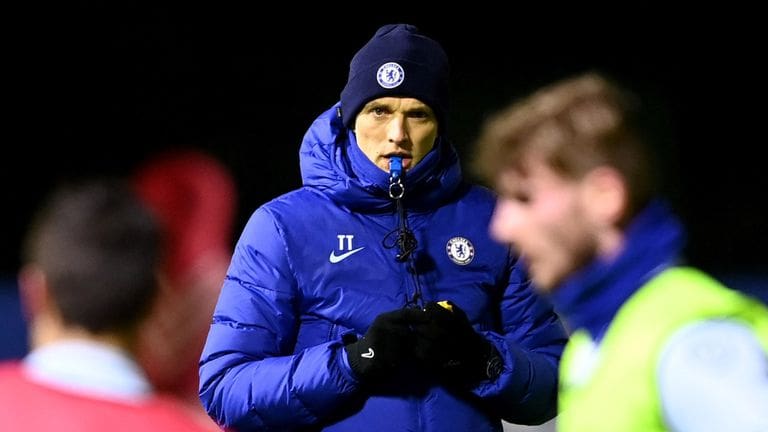 Thomas Tuchel has taken over as the manager of Chelsea football club and has already played his first game against Wolverhampton Wanderers. The German has signed for the Blues on 18 months long deal, however, any of the two parties, the club or the manager, can trigger an extension of one year. The former Borussia Dortmund boss didn’t have the best of starts to his Chelsea career as he had been content with just a point against Nuno Espírito Santo’s men.

Selections: Thomas Tuchel’s first lineup was interesting, to say the least. The German made a host of changes to his line-up including a formation that saw Chelsea shifting from a back four to a back three. The former Paris Saint Germain boss backed his more experienced players as he brought in Cesar Azpilicueta, Oliver Giroud, and Jorginho for Reece James, Tammy Abraham, and Mason Mount.

Back three: Thomas Tuchel reverted back to a back three primarily in a bid to make his team defensively solid. The back three consisted of Thiago Silva, Antonio Rudiger and César Azpilicueta. While bringing defensive solidity, the back three formations also helped Chelsea’s wing-backs much more freedom to bomb forward time and again, which played into the hands of Ben Chilwell and Callum Hudson-Odoi, who both like to advance forward more often than not.

Passing: Chelsea made a total of 820 passes against Wolverhampton Wanderers and this was a constant theme of the Blues’ play throughout the match. All of their build-ups was based on short and controlled passes through a lack of understanding amongst the players and the chemistry to pass the ball as quickly as Tuchel would have wanted.